Whether you’re gearing up for a quiz competition or simply want to expand your culinary terms, we have found 23 foods started with the letter U. 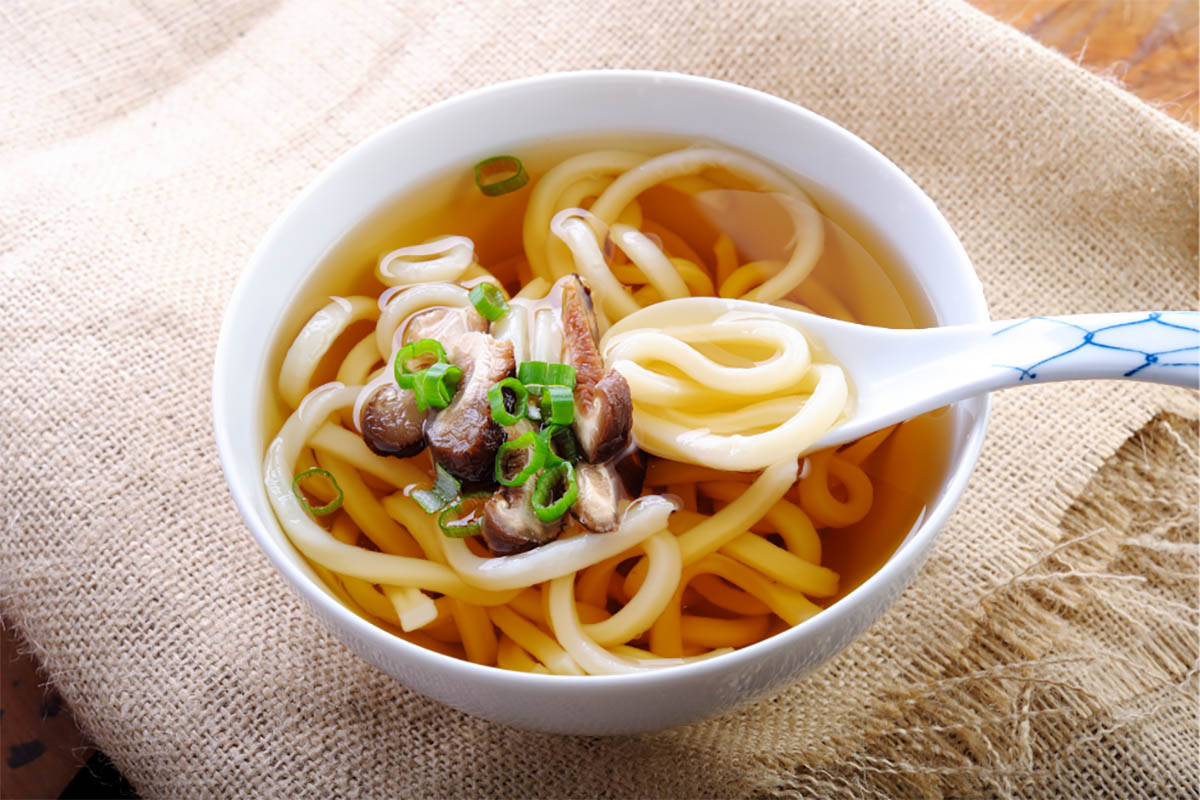 Some people like to use this knowledge for a culinary or social media challenge, so have fun with it! Many people consider Ube to be one of the oldest agricultural crops to still be seen on earth. You’ll mostly find it in South America, Australia, and Africa.

You might also find it in some areas of North American and Southeast Asia. The Philippines uses Ube as a staple food in most dishes. 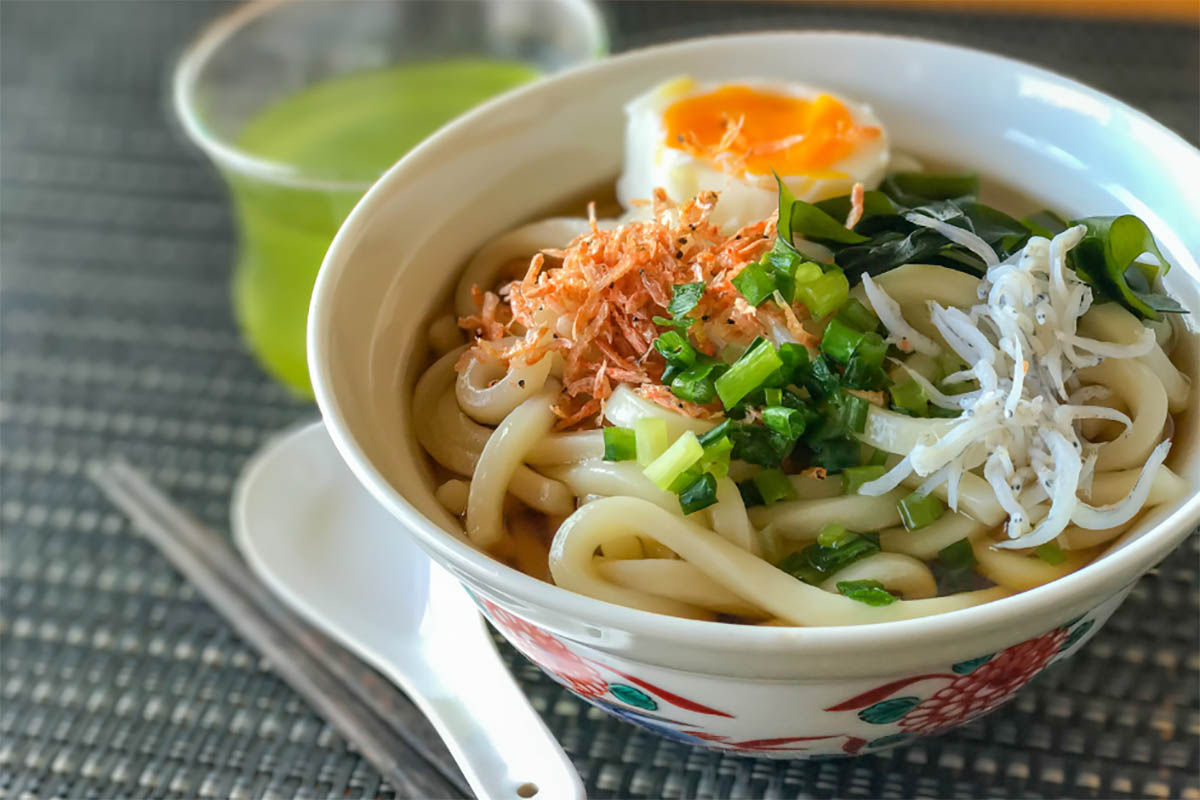 Udon is the name for an incredibly popular noodle in Japanese cuisine. It is wheat-based, making it thick and chewy compared to other noodles we know and love.

Udon is typically served in soy broth with fish toppings such as prawns, shrimp, or diced scallions. You might also find Udon in stir-frys or even chilled with a dipping sauce. 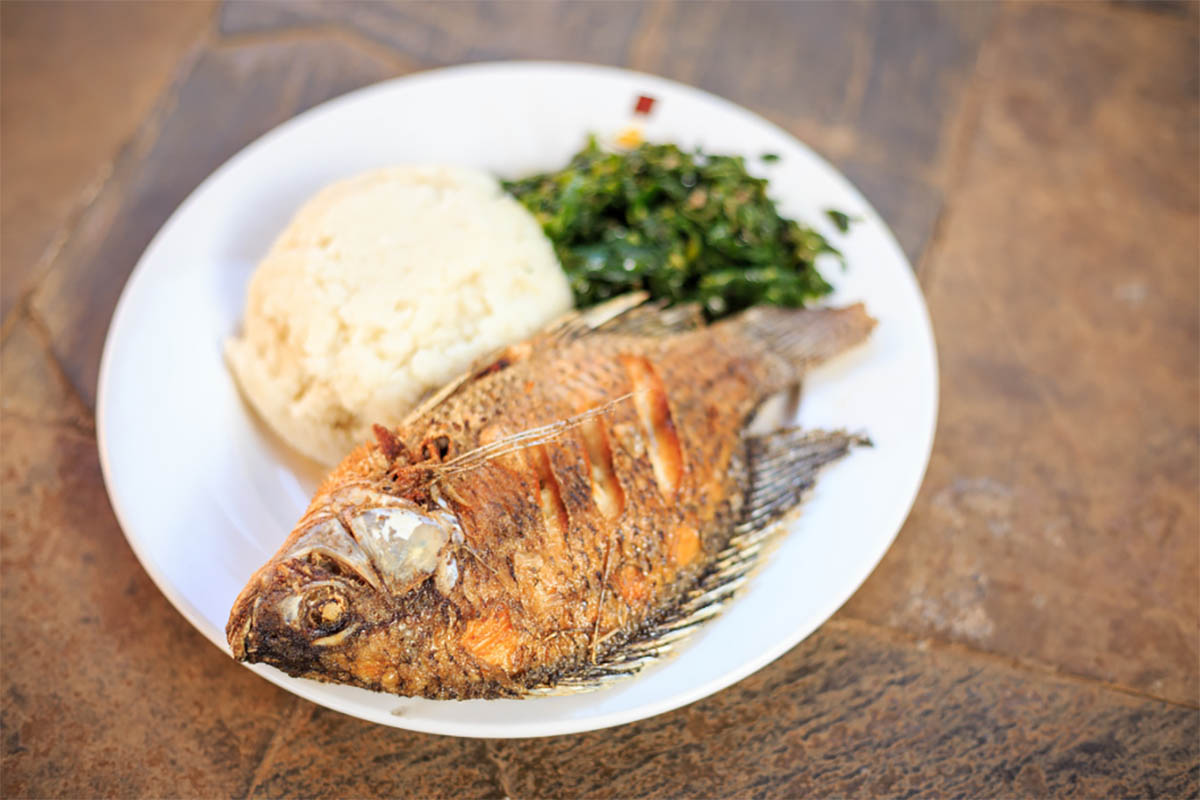 Ugali is a type of porridge found in Africa, but this isn’t the only name it goes by. It might be named differently depending on the region of Africa you’re in.

Ugali is made from maize, cassava, millet, or sorghum flour, but maize is the most common.

Whichever flour you choose, it is boiled over heat in either water or milk until it makes a doughy texture. It can then be eaten on its own or on the side of fish, meat, or vegetables. 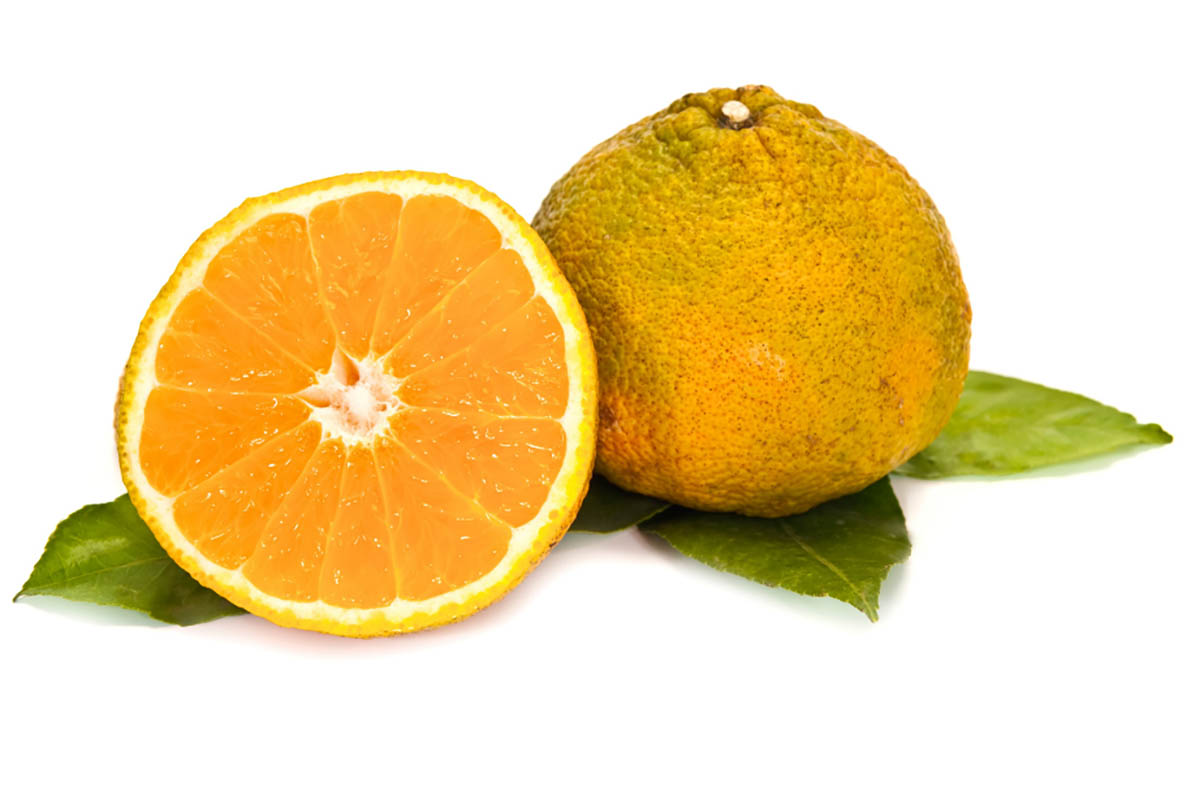 Ugli fruit is otherwise known as the Jamaican tangelo, and it is a naturally formed hybrid fruit. It is made up of grapefruit, pomelo, and orange.

This has not been tampered with by humans, but a hybrid formed in nature.

The unattractive name comes from its undesirable appearance, which looks like a lumpy tangerine. However, this is not a testament to the taste which is incredibly juicy and between a grapefruit and orange in terms of sweetness. 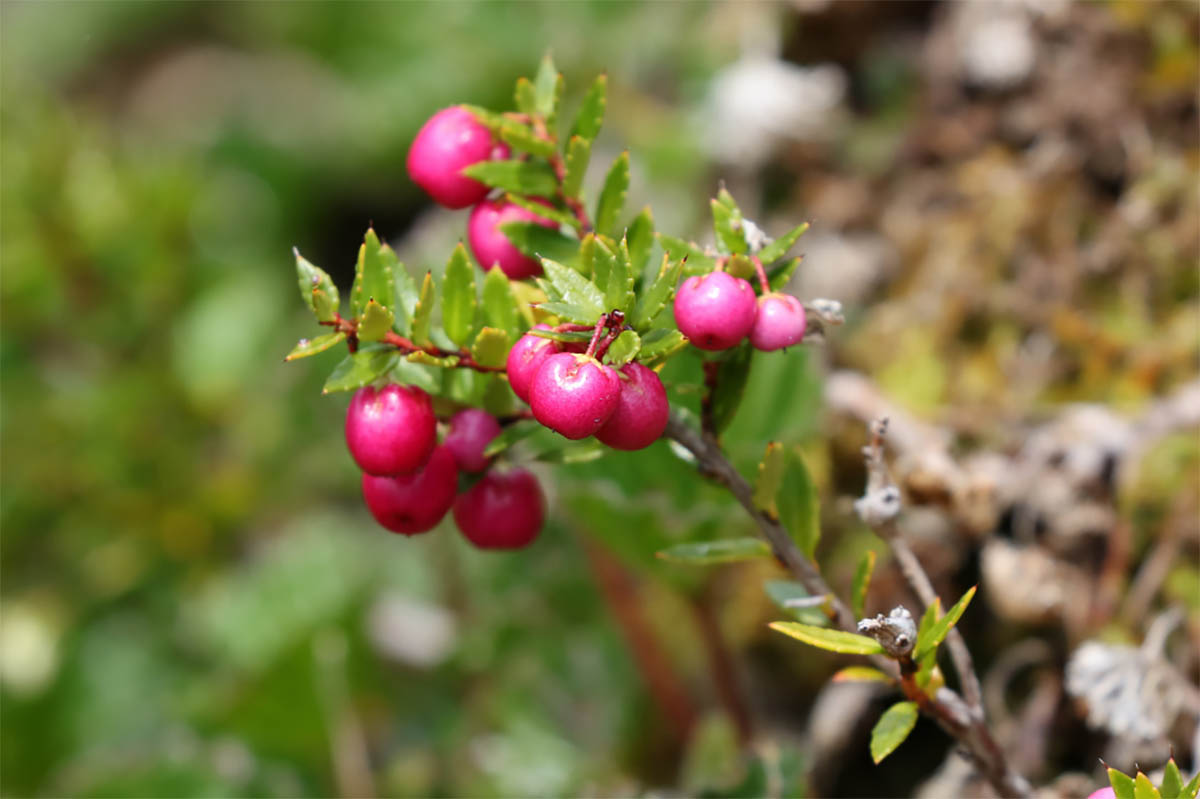 Ugni Fruit grows on Ugni molinae which is a shrub found in Chile and Argentina. The fruit is otherwise known as the Chilean guava, Tazziberry, or the New Zealand cranberry.

Bear in mind that the last is only relevant when the fruit has been found in New Zealand.

The Ugni Fruit is either purple, red, or white and comes in the form of a small berry. It is used for a number of sweet dishes or Chilean liqueur. 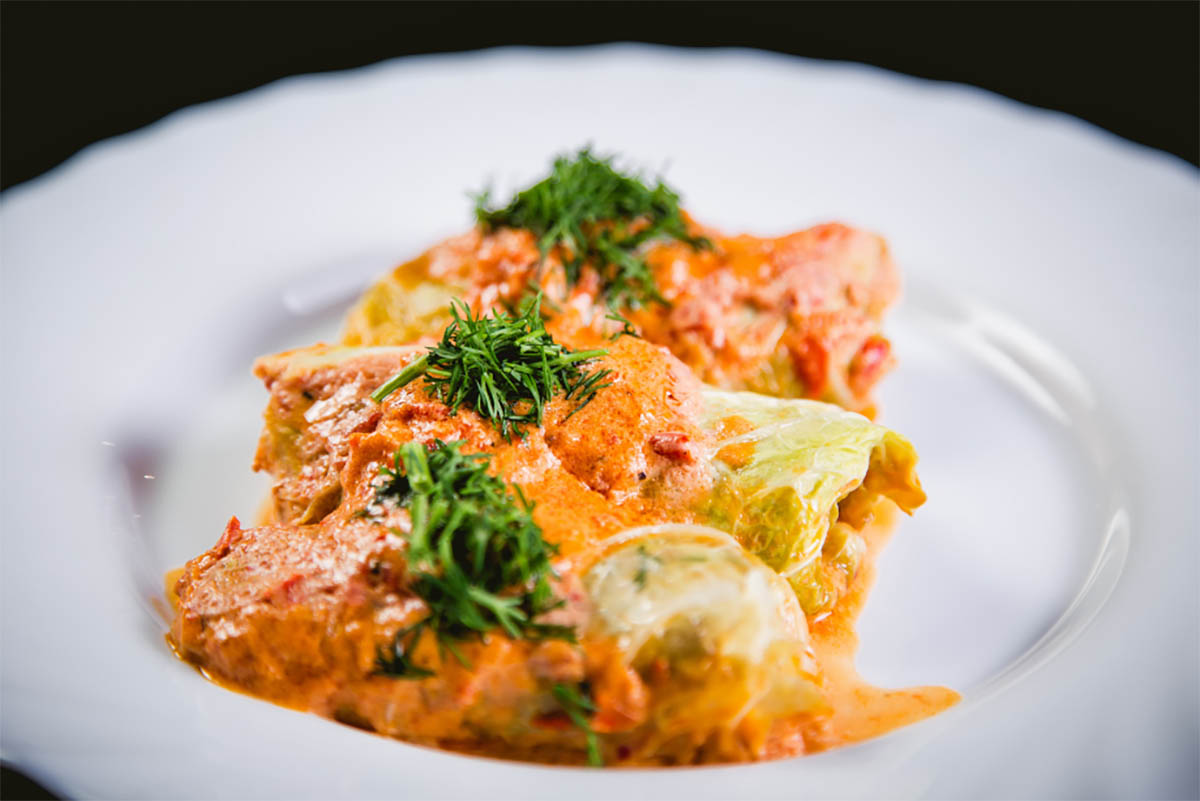 Ukrainian Rolls are native to Ukraine and are rolls seasoned with garlic and herbs. They might look like a sweet treat, but they’re actually savory.

They are commonly served alongside local dishes such as Borsch. Ukraine Rolls can be likened to dinner rolls but much softer than we are used to. 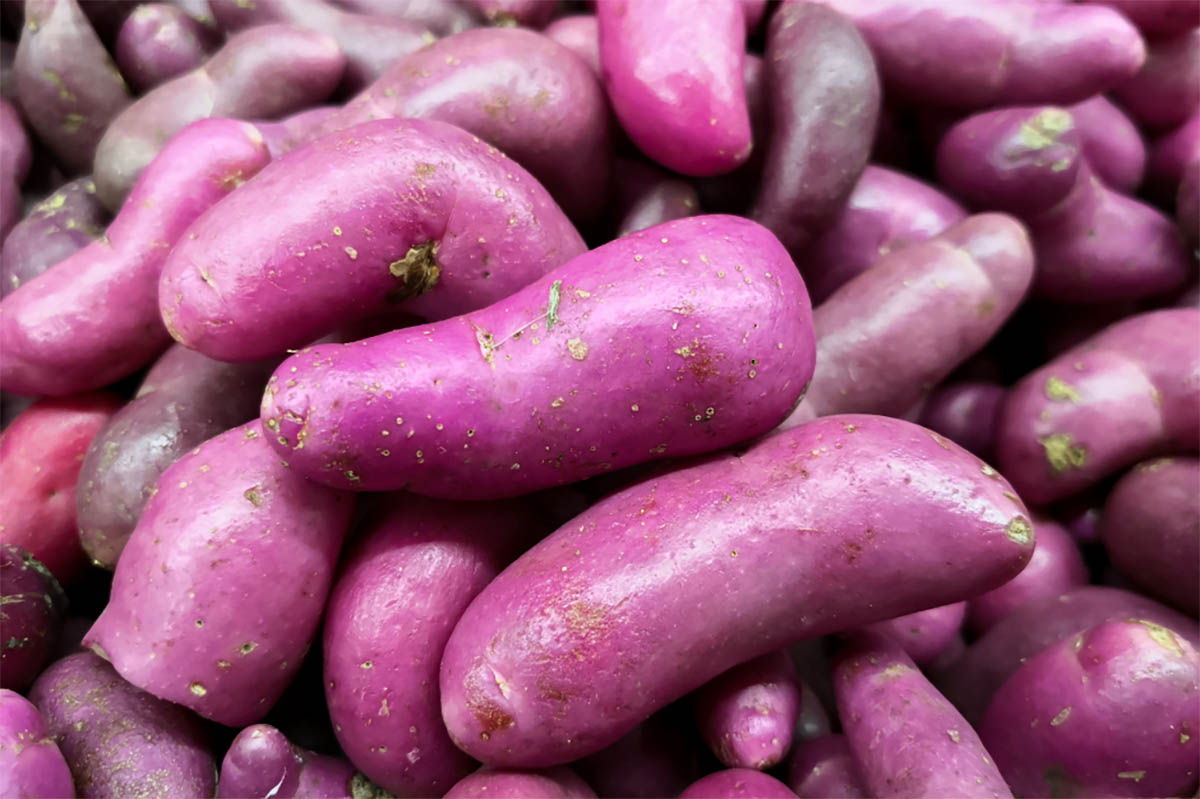 Ulluco is the shortened name for Ullucus tuberosus, and it is a tuber that can be used both for its roots and leaves. It is incredibly nutritious and often used in Central and Southern American dishes.

People in the Andes use Ulluco as often as we might use a potato. You can easily spot a Ulluco thanks to its bright pink, purple, or yellow coloring. 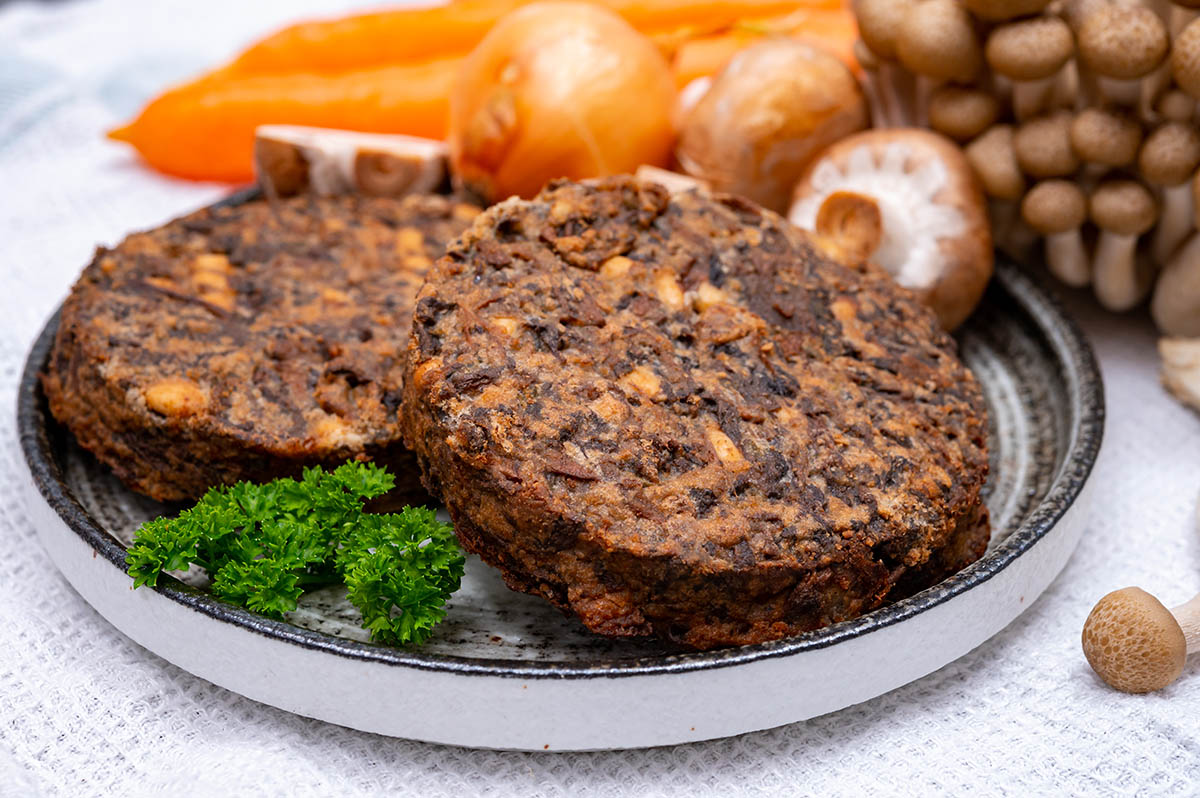 The Umami Burger is not one and the same as other burgers - in fact, it’s a very different experience. The Umami Burger comes from Japan and is named after a term that means savory flavoring.

It can be made up of meat, fish, and vegetables - whatever the chef wants to put in it really! If you love burgers but haven’t tried this one yet, give it a go and we bet that you won’t be disappointed. 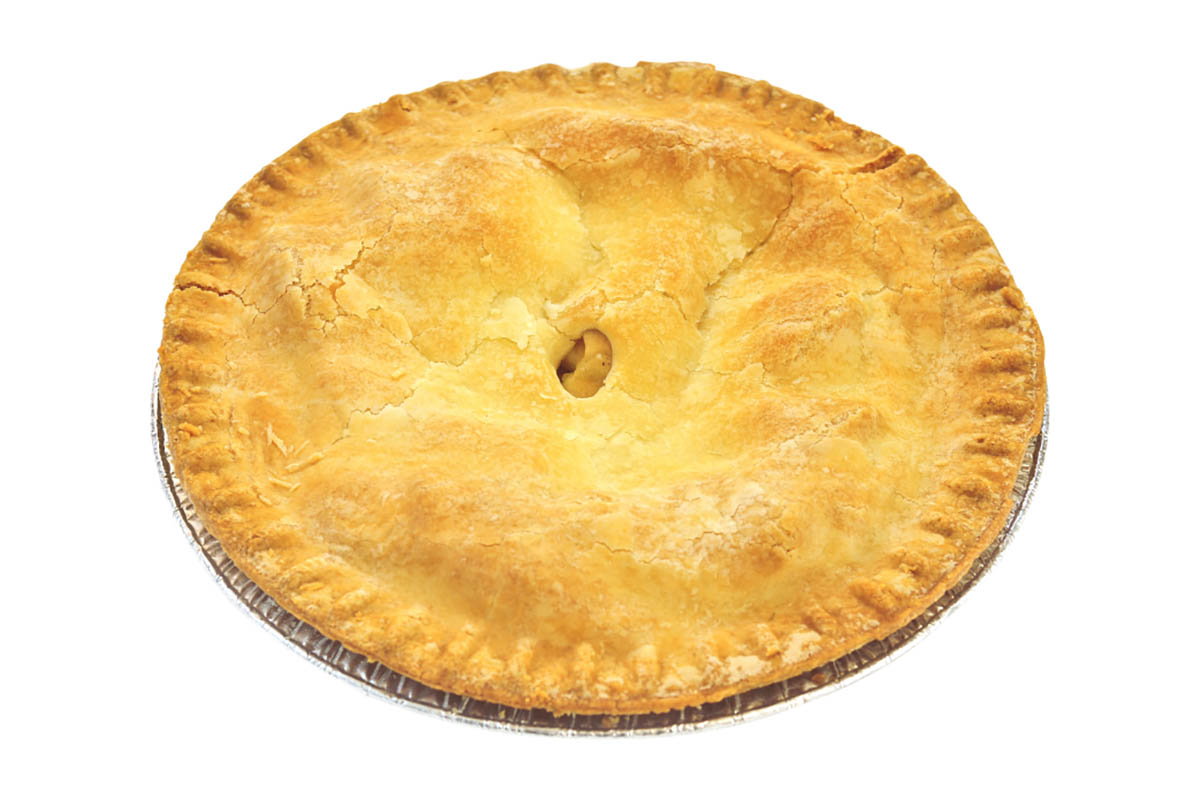 Umble Pie is a meat-based pie deriving all the way back from medieval times. Its filling is made up of minced meat, including organs (such as hearts, kidneys, liver, etc) of animals.

Deer are commonly used in Umble Pie although any animal can be used.

The phrase ‘Humble Pie’ comes from Umble Pie and means to admit to an embarrassing mistake.

Umbricelli Pasta is made in Italy from durum wheat flour. It’s similar to spaghetti but comes in thicker and chewier strands.

You can find this pasta in most supermarkets, although it’s not the same as having it freshly made in Italy. 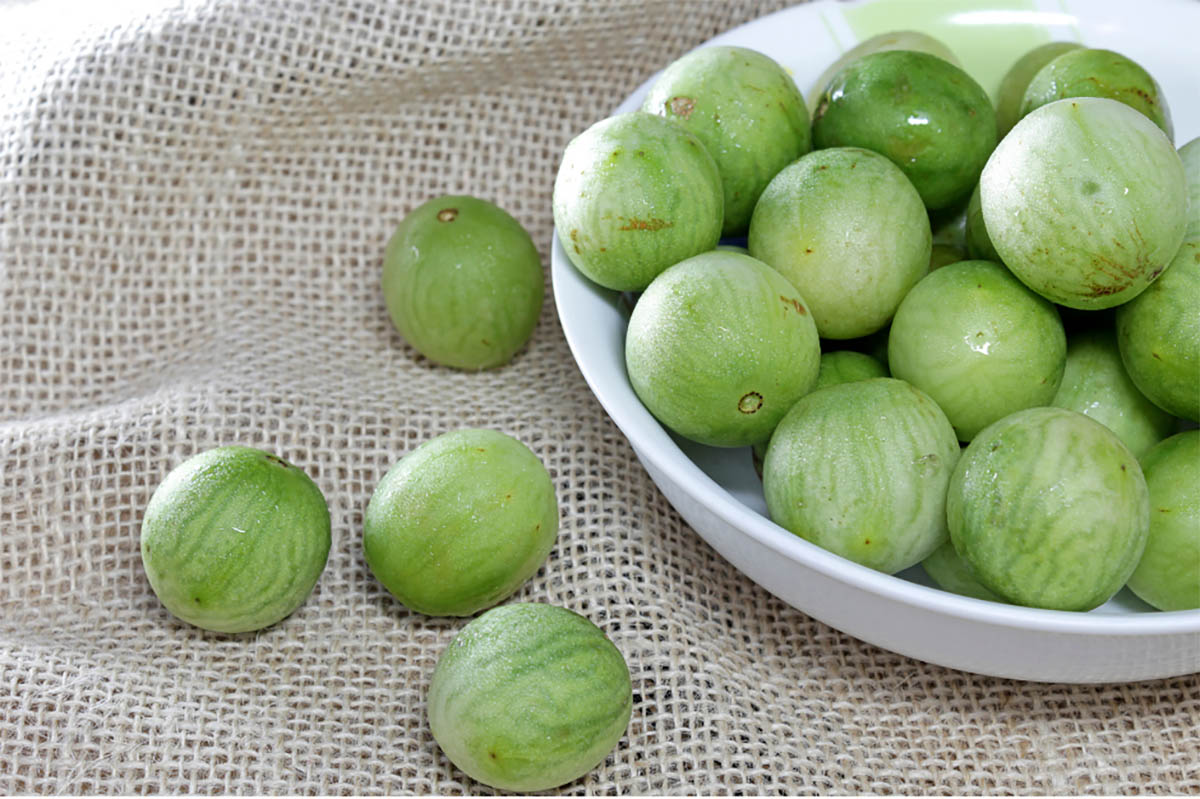 Otherwise known as the Brazil plum, Umbu Fruit is only found in northern Brazil. It grows on the Spondias tuberosa shrub, more commonly known as the chaparral bush.

People native to the hottest parts of Brazil still gather this fruit by hand, with the juice giving them a refreshing quick drink.

Umba is green with a bitter taste, similar to that of lime. It is often used for desserts, drinks, jams, and seasonings.

Umbuzada is a drink also found in Brazil, made from the juice of the Umbu Fruit. It contains no alcohol, instead of being mixed with milk and sugar.

The sugar weakens the bitter taste of the Umbu Fruit, although it is still apparent within the Umbuzada. This creates a slightly acidic flavor. 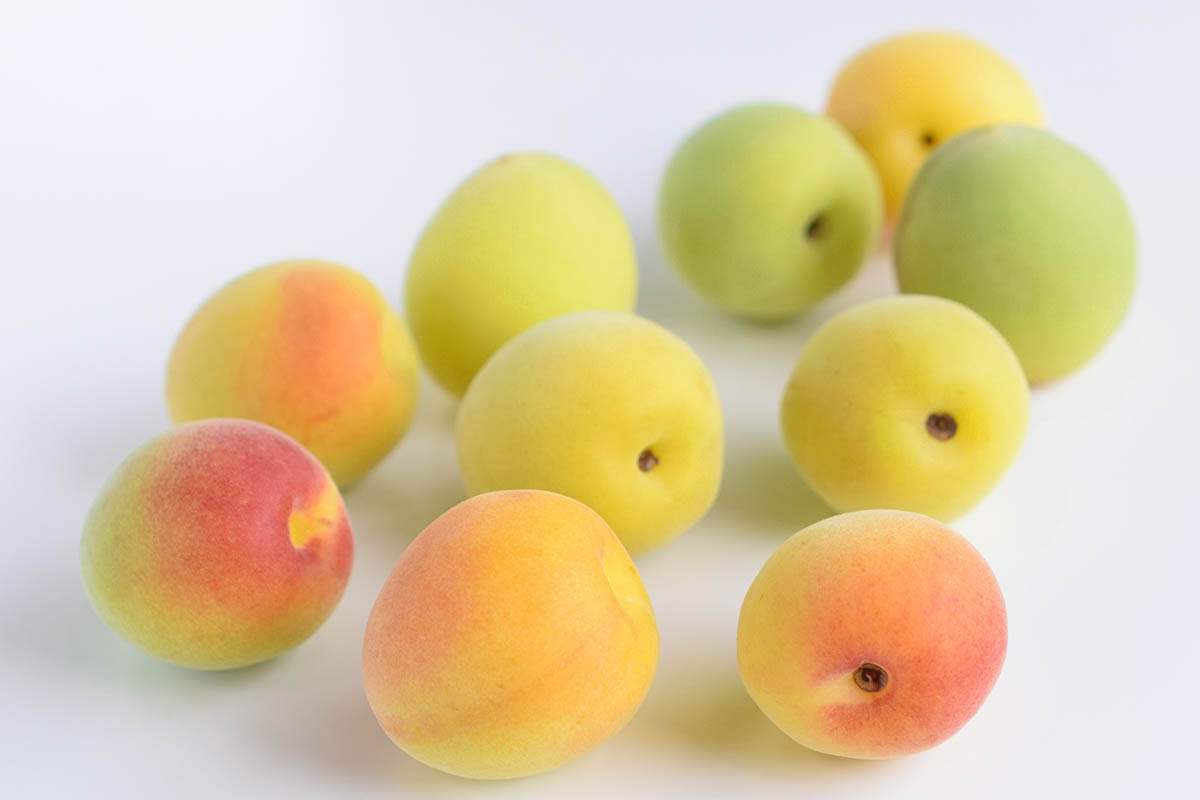 Otherwise known as the Japanese plum, Japanese apricot, Chinese plum, or plum blossom, Ume is a member of the plum family.

It is also related to the apricot, so these other terms are not necessarily incorrect. You’ll be able to find Ume in China, Vietnam, Korea, and Japan. 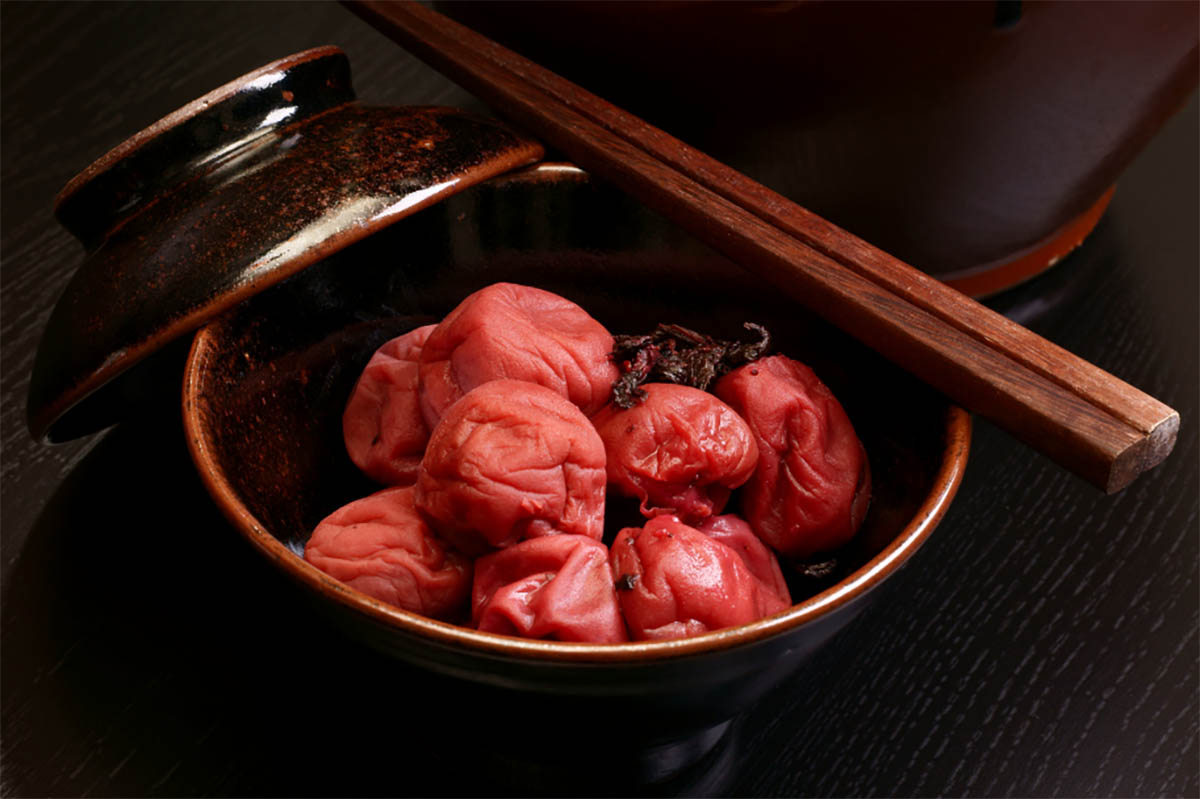 The juice of the Ume is the most common part to use within dishes, leaving the rest of the fruit unused. However, Japan also pickles Ume in brine and serves it under the name Umeboshi.

This is much saltier than the untouched fruit with a sour, bitter taste. Umeboshi is used over rice to season it. 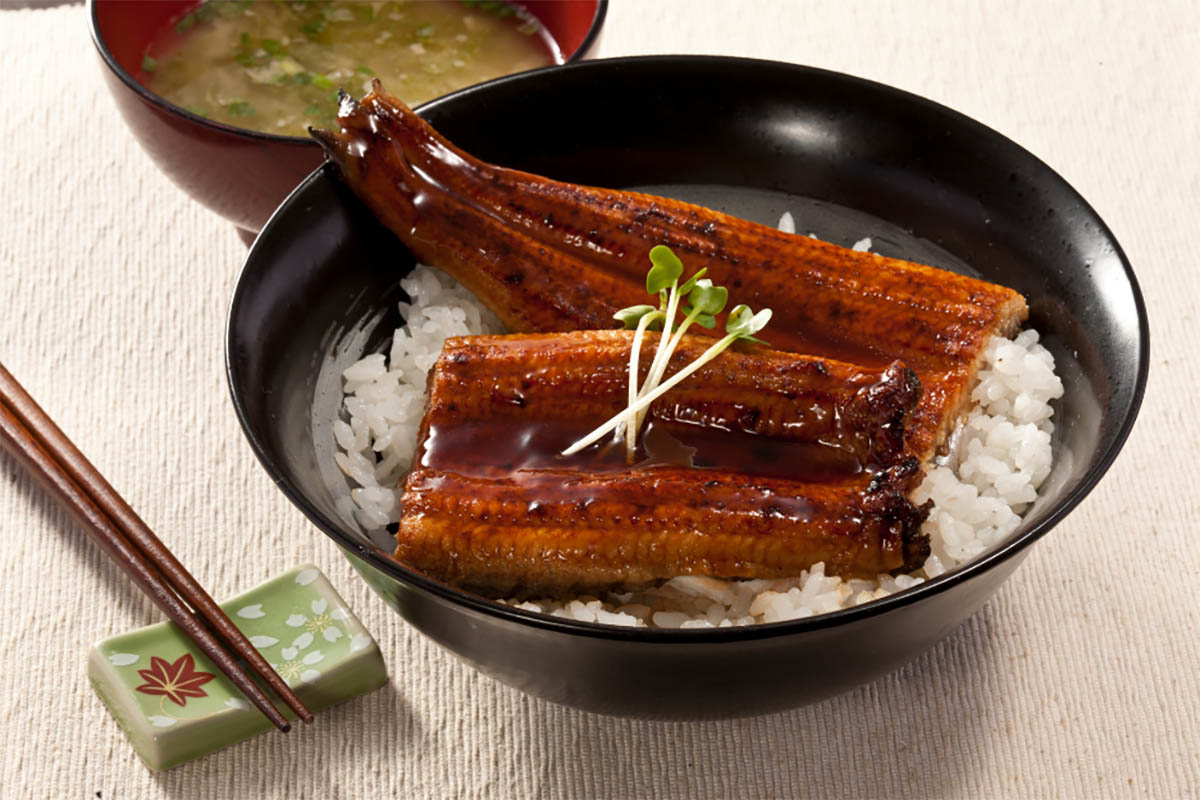 Unagi is the name given to freshwater eel in Japan and is commonly served alongside sushi. It will be marinated and sliced, served over rice, or within the sushi itself. 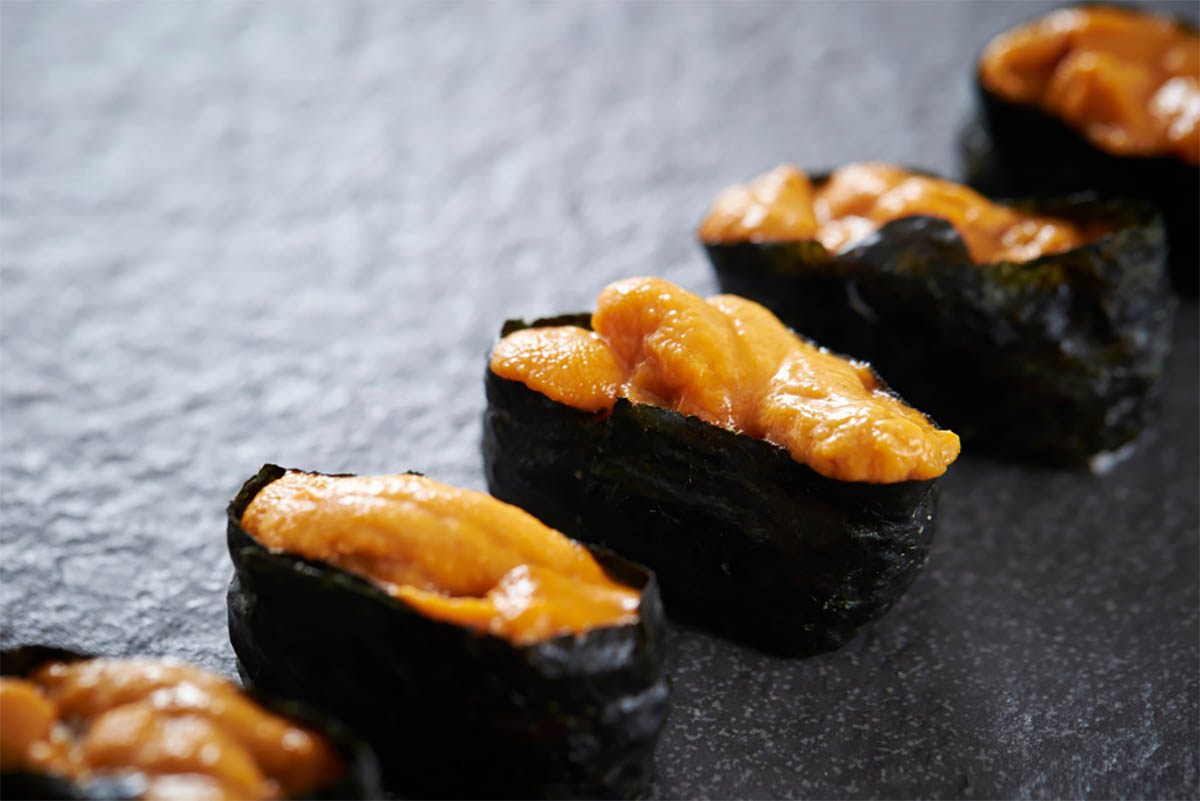 Japanese cuisine uses a lot of sea urchin as a source of protein. Urchin is known as Umi in Japan, and it is eaten raw within sushi and sashimi.

Japan consumed more than half of the edible sea urchins that are harvested in the world, with the roe commonly being eaten as a delicacy. 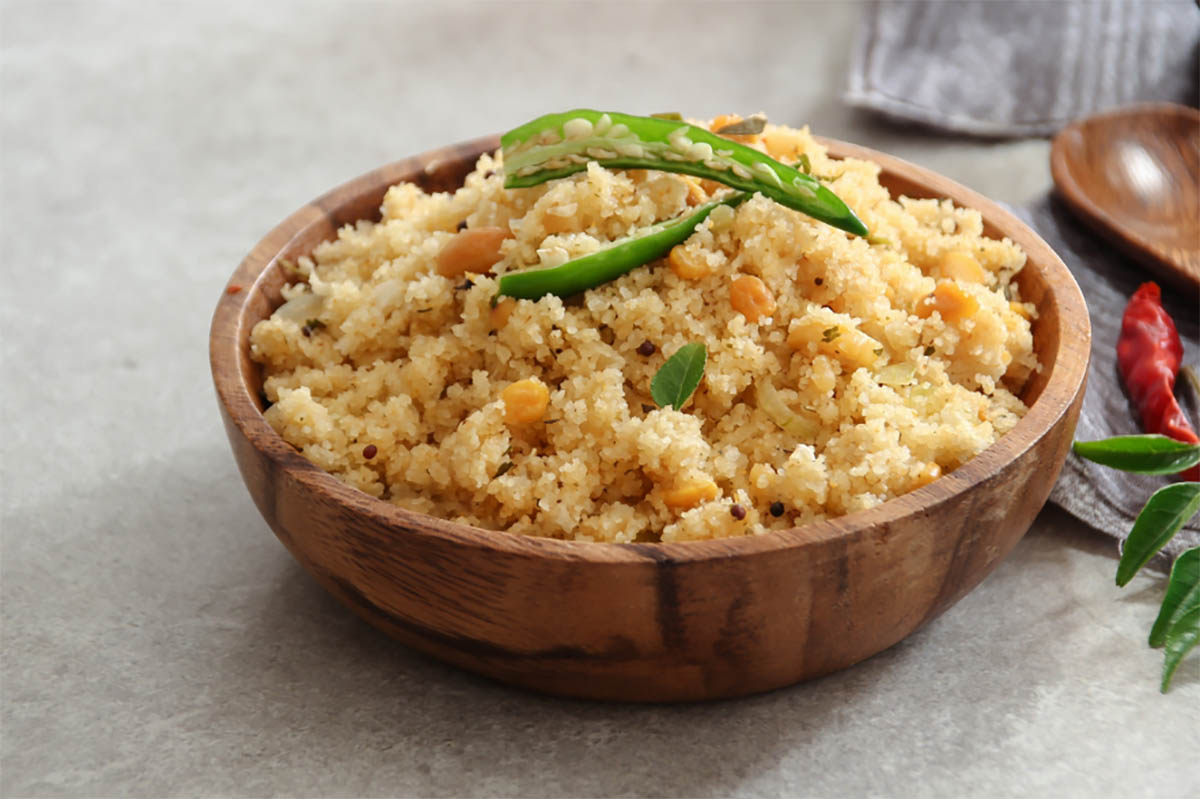 Upma is another type of porridge found in Southern India or Sri Lanka.

It is made from either rice flour or semolina, traditionally served as a breakfast food or snack topped with fruits and vegetables. Umpa might also go by the name Uppumava or Uppitta. 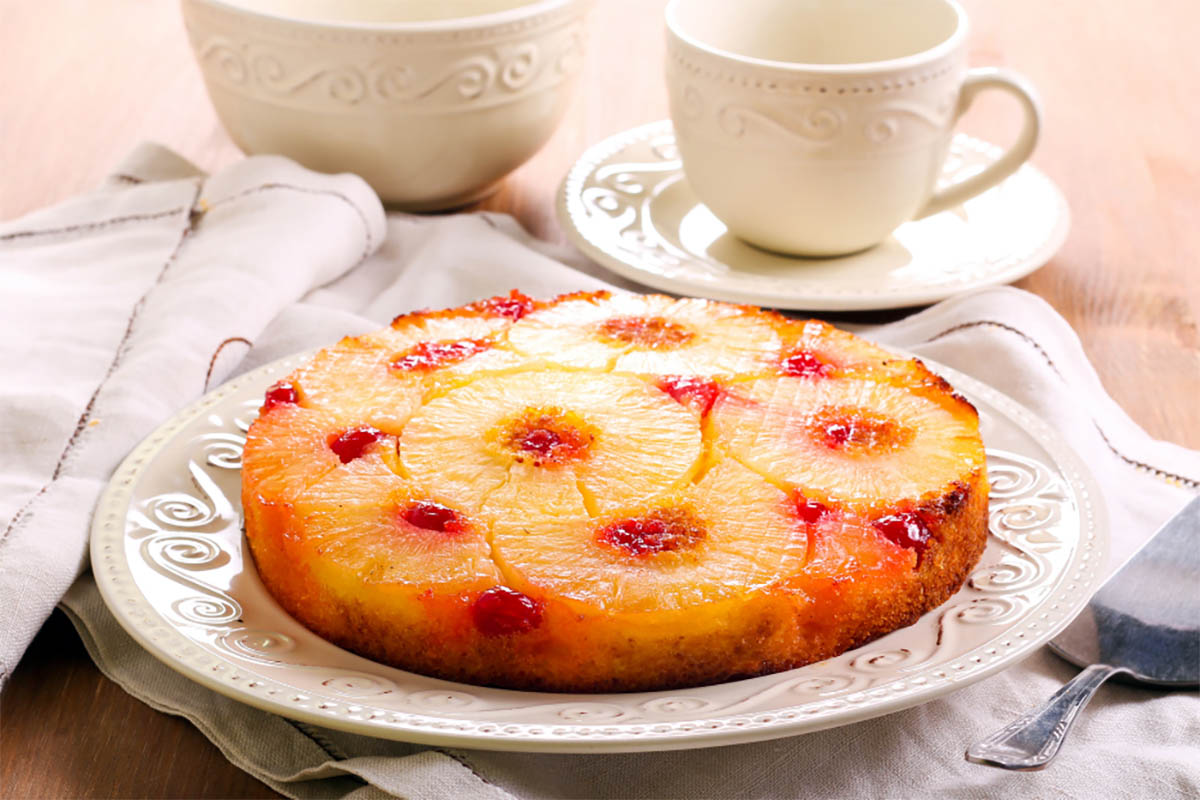 You’ve probably already heard about the popular Upside-Down Cake, which is a cake made by filling a cake tin with a layer of fruit before pouring batter over it. The fruit and batter are then baked together, caramelizing the fruit.

Once baked, the cake is then flipped upside down and removed from the pan. You’ll be left with a cake covered in caramelized fruit which makes for great decoration and flavor.

Upside-Down Cakes are very common in The United Kingdom and North America. 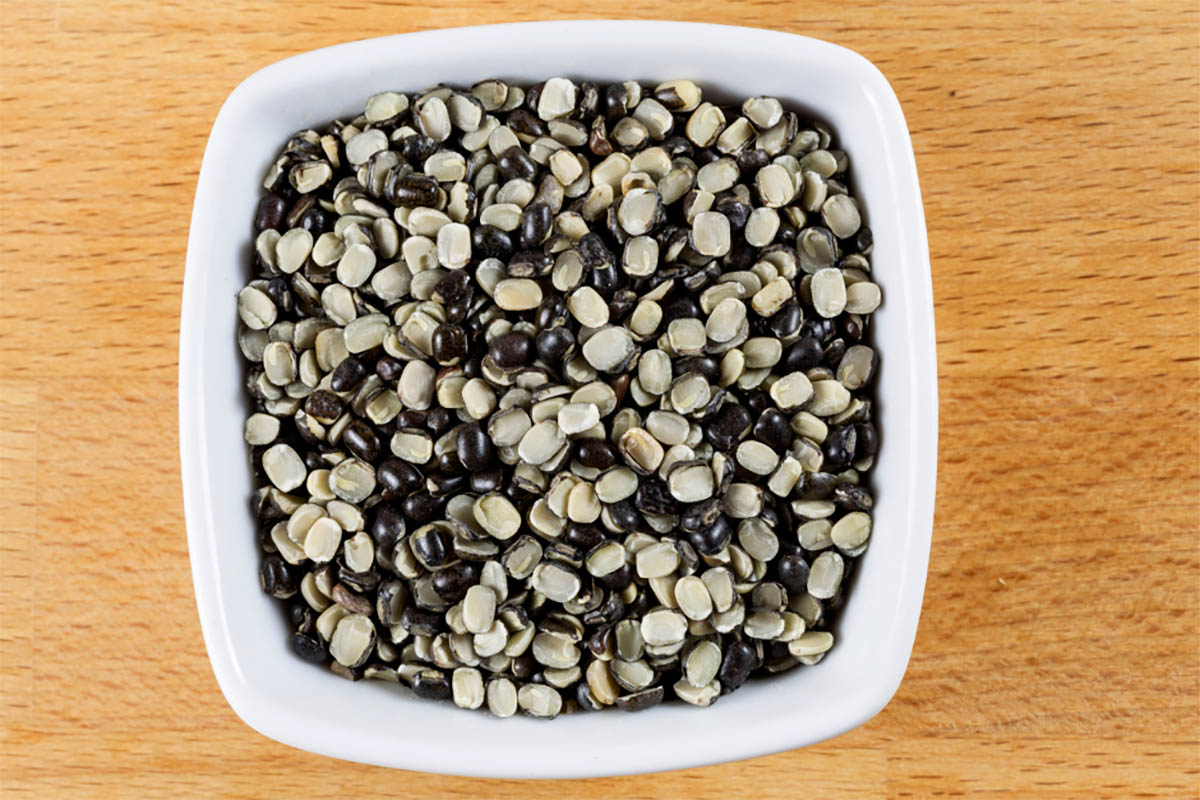 The Urad Bean is closely related to the mung bean and is categorized as black lentil. It is usually found in Indian cuisine, particularly in Punjabi.

You might have heard of the dish Dal, an incredibly popular Indian dish that is also made from Urad Beans. There are more than 900 species of sea urchins currently discovered, but only a few of these are edible and can be made into a meal.

Urchin was a popular food for Native American and Alaskan native tribes. It is still eaten in Italy as well as Chile, Korea, and Japan. 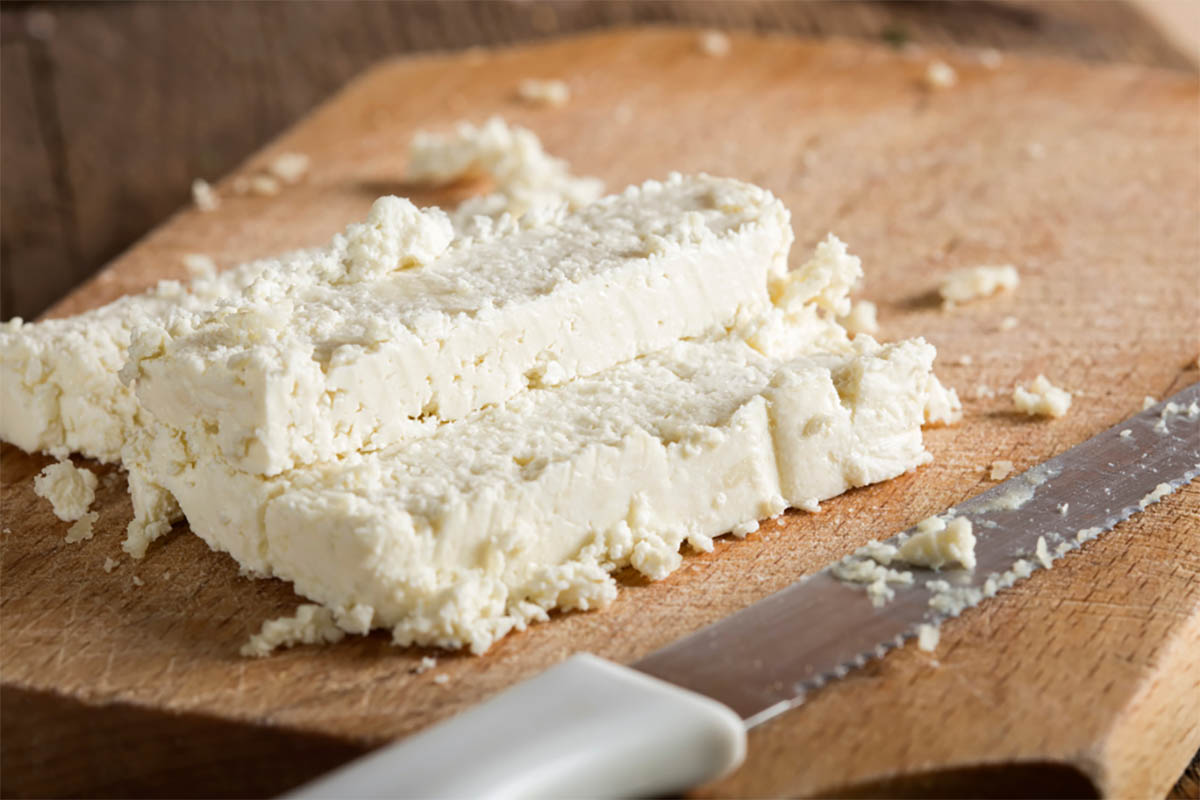 Urda Cheese is made from a whey base, popularized in Serbia, Hungary, and North Macedonia. You might liken it to ricotta cheese thanks to its crumbly texture. Urda Cheese can either be made from cows, goats, or sheep's milk. 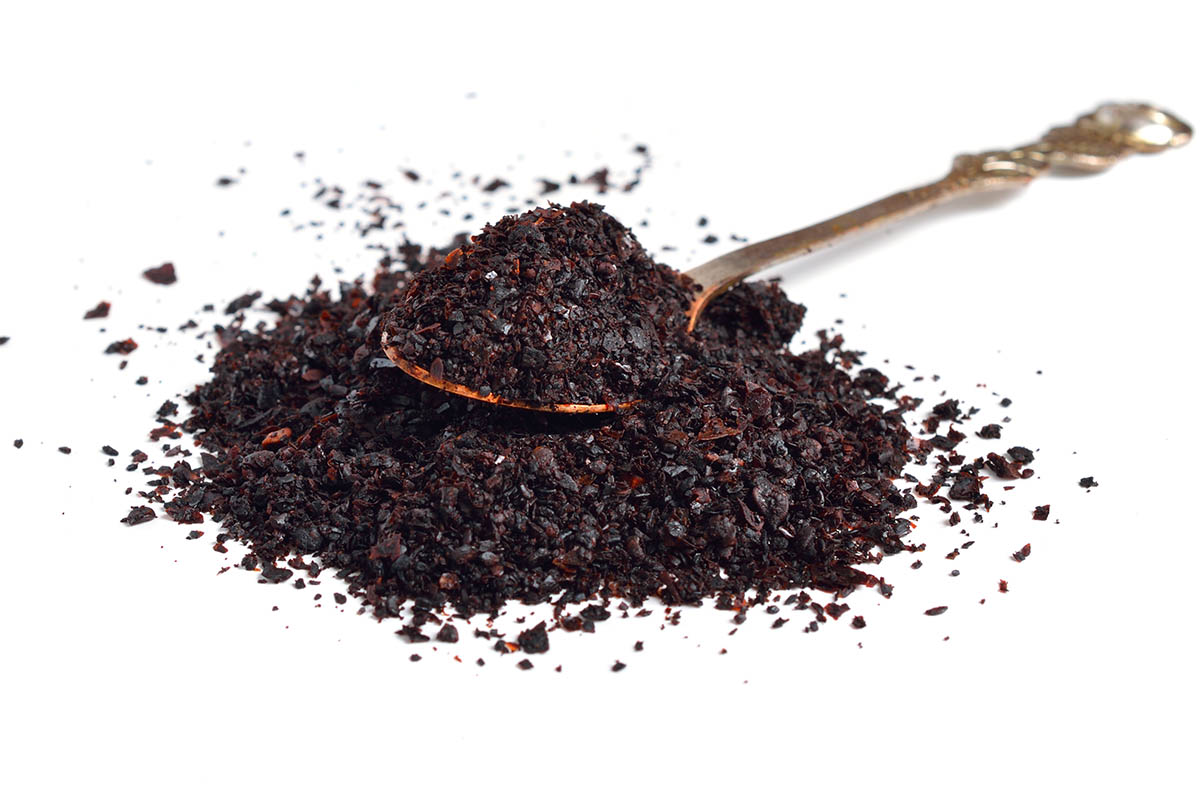 Urfa Biber comes from the Turkish variation on dried pepper flakes. This is a spice that can be used on a number of dishes to enhance the flavor and give your meal a kick.

Urfa Biber is made from the Capsicum annuum pepper. It gets its name from the region in Turkey that it is made in, which is called Urfa. 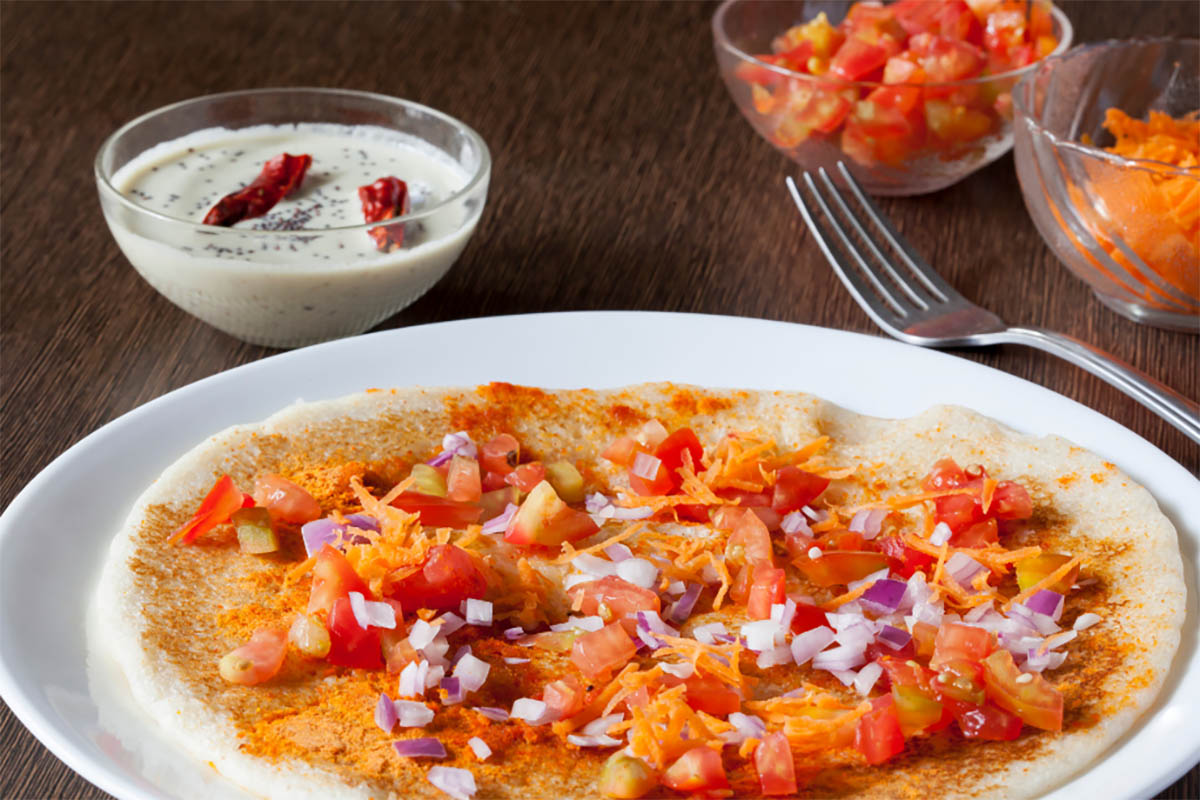 Finally, Uthappam is the final food beginning with U that we’ll be looking at today. This is a pancake made of rice and lentils rather than sweet ingredients that are more popular.

The pancake mixture is fried and topped with predominantly vegetables, although some can be made with meat or fish too.

Uthappam is made in India and commonly topped with chilies, tomatoes, and onions. You might confuse an Uthappam for a pizza.