In a world of plenty, there seems to be an ever-growing abundance of foods that begin with the same letter. Whether you’re practicing for a family quiz or if you’re a foodie looking to expand your culinary horizons, here are the 30 foods that start with B!

Of course, it would be nearly impossible to list every single food that starts with each letter of the alphabet, but that doesn’t mean we can’t list our favorite ones, right? Baba ganoush is an Arabic appetizer originating in Lebanon made of eggplant, olive oil, lemon juice, seasonings, and tahini. Similar to hummus, baba ganoush is primarily eaten as a starter or side dish to dip pita bread and other foods in.

Unlike hummus, baba ganoush features a distinctive smoky aubergine flavor as the aubergines are roasted. 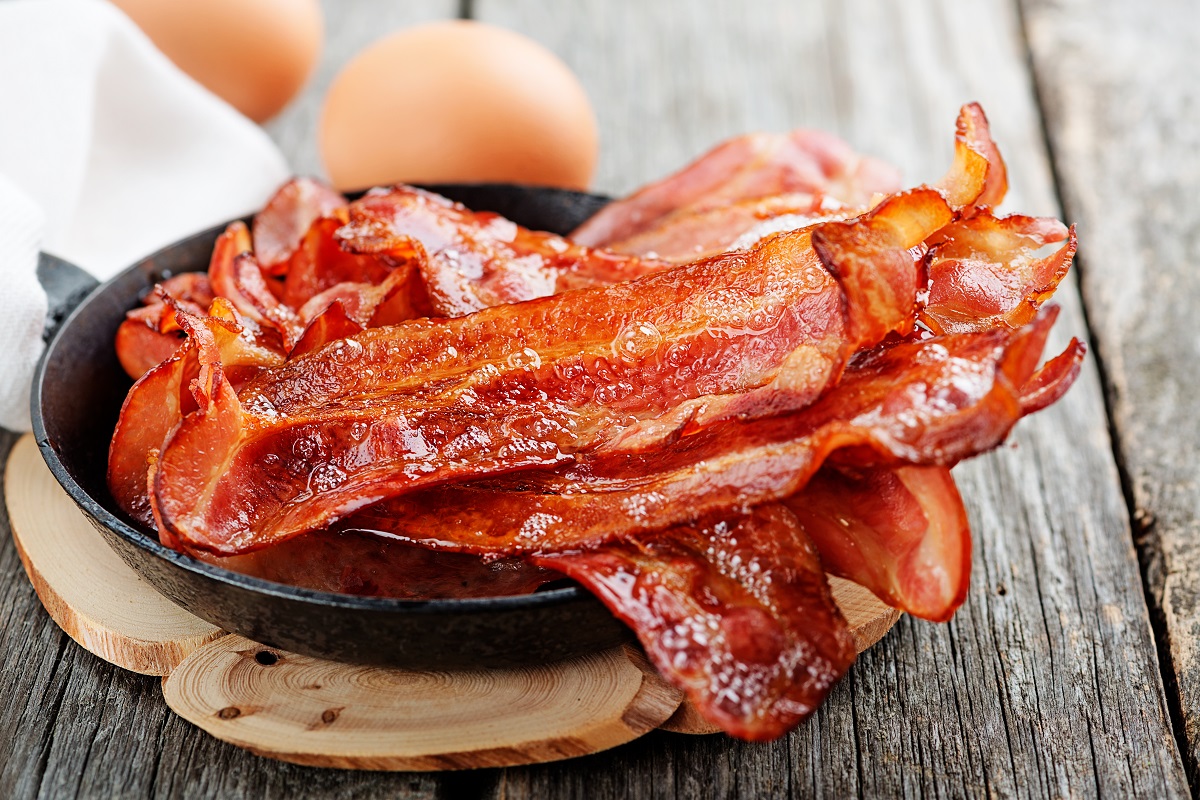 Bacon is a salt-cured cut of pork that is usually from the pork belly or the back cuts with less fat. This is a popular meat that is usually fried on the grill or in a pan and eaten mostly for breakfast or lunch. The smoky flavor is also used to flavor dishes.

Not all bacon is made from pork, however! Turkey bacon often refers to bacon that is made from turkey, chicken, lamb, or even beef. This is usually eaten by Jewish and Muslim populations who don’t eat pork. Bagels are well-known globally for their circular structure with a distinctive hole in the center. A unique form of bread, bagels were originated by Jewish communities in Poland to suit their diet.

There are now many forms of bagels, some of which include seeds and nuts whilst others are plain, which can be consumed in a variety of ways. Bagels are mostly eaten sliced and toasted with butter or a spread, or as a sandwich. A baguette is a long and narrow form of bread originating from France. Whilst the outside is crispy and a golden crust, the inside is fluffy and malleable. Nobody knows the true history of why baguettes were made, but some say it’s because the bread is so easy to rip apart without a knife - which was ideal for the French metro workers. A baked Alaska is a popular dessert that consists of ice cream, cake, and meringue. This dessert is made by lining a layer of ice cream with a cake sponge or Christmas pudding, which is then topped with meringue. It is placed in a hot oven long enough for the cake to set without melting the ice cream, which gives the meringue its distinctive caramelized appearance. 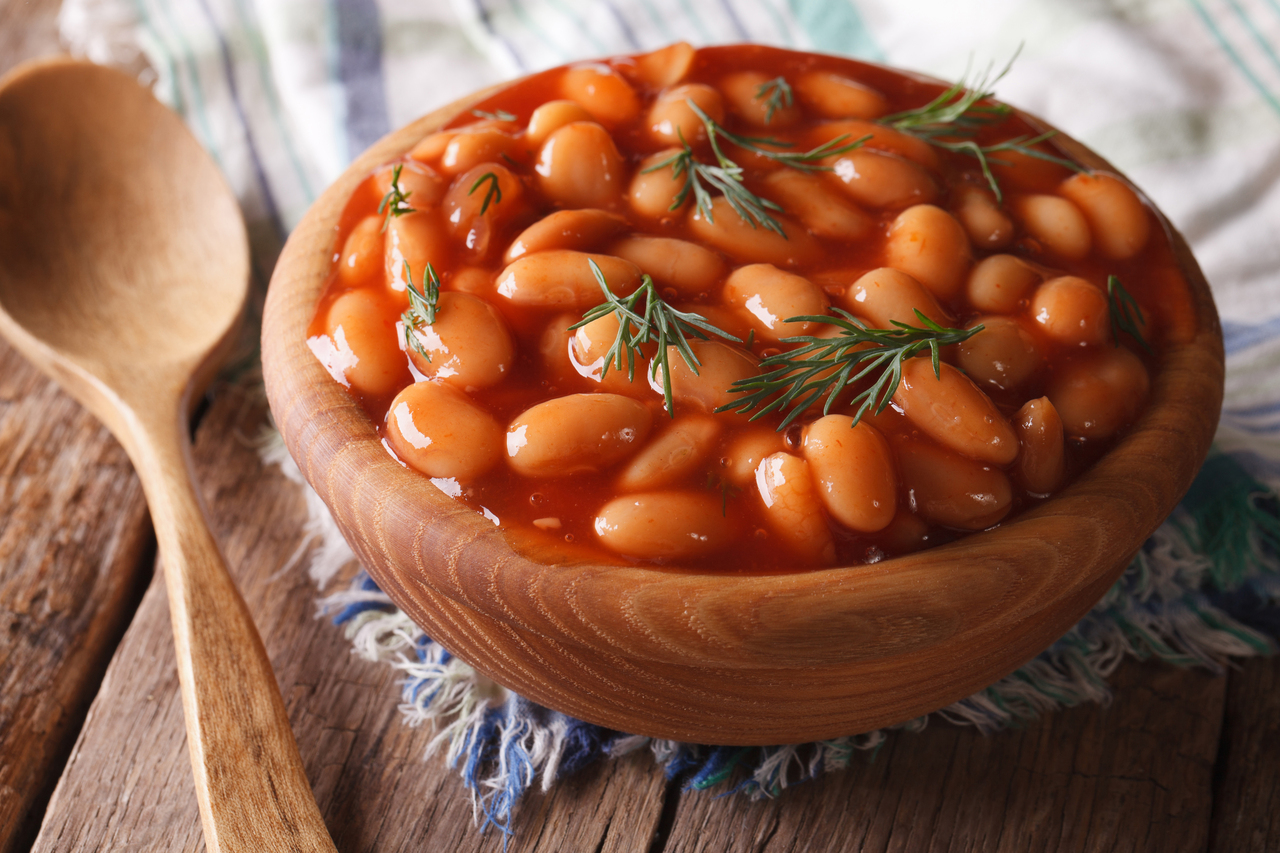 Whilst most people associate Heinz baked beans with British cuisine, the notion of baking beans started in Native America. Indigenous beans were baked, which colonizers then adapted into the baked beans we know today.

White beans are parboiled and baked in a sauce, and can be used in a variety of dishes like stews and casseroles. If you want a taste of Britain, try eating your baked beans on toast. Baklava is a Middle Eastern sweet pastry that consists of filo pastry, chopped nuts (usually pistachio), and a sweetened honey or syrup. The popular dessert has adapted into a variety of flavors, and they can be bought in stores or at Middle Eastern markets. This is definitely not one for those without a sweet tooth, because baklava is notoriously sweet. Ah, the humble banana. Famous for their yellow coloring and uniquely narrow and curved shape, bananas are native to tropical climates like Asia and Australia. Some bananas that are used for cooking are called “plantains”, and bananas can be consumed in a variety of forms - whether it’s in food or by themselves. One of the most popular ways to cook with bananas is to create banana bread! Banana bread is a moist and fairly sweet cake that a lot of people bake and consume if they are on a diet for its low sugar content (compared to other cakes, at least). Banana bread is so popular that it has its own National Banana Bread day - February 23rd! 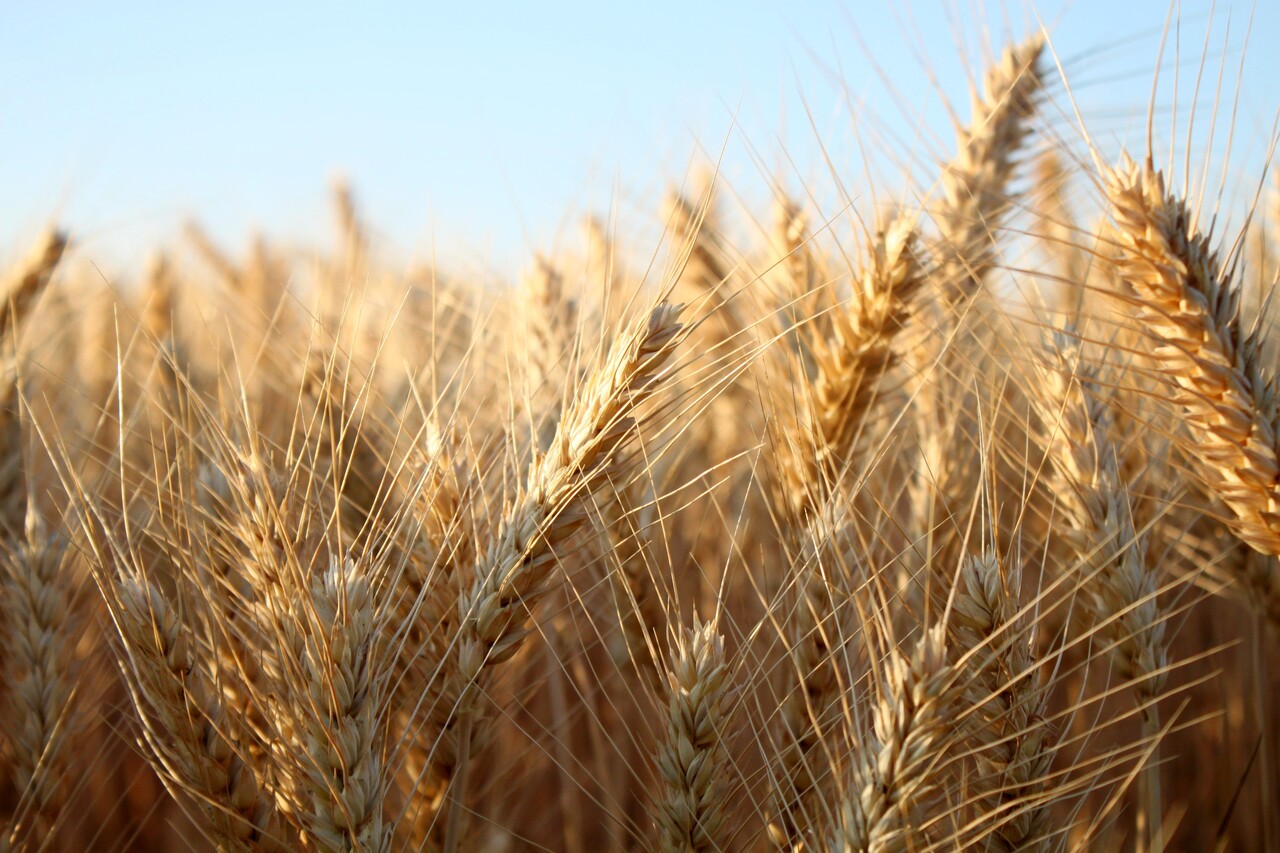 Barley is one of the most important cereal grains in the world, both for human and animal consumption. Not only is barley used in bread, stews, beer, salads, and health foods, but it is also a key ingredient in diets for livestock. Barley is high in fiber, which is ideal for people with high cholesterol and heart disease. Basil is a tolerant plant that can be grown in virtually any climate, but is native to regions from Southeast Asia to central Africa. It is used in a variety of meals for its unique flavor and scent that compliments foods wonderfully. Basil works especially well with tomato and tomato sauce. It can either be used in leaf or herb form. Bay leaves are a flavorsome leaf used in cooking. These leaves are fairly dry compared to basil, which means they are usually thrown into a stew or similar dish as a whole leaf. They can also come in a ground form, which makes consuming the flavors of bay leaves much easier. The flavor is somewhat similar to thyme and oregano. There is a multitude of beans that can be cooked in a range of ways, which is what makes beans such a versatile and ideal vegetable in a human’s diet. Coffee beans, red kidney beans, broad beans, black-eyed peas, chickpeas, pinto beans, lima beans, soybeans, and edamame beans are some of the most common beans. Beef is a cut from cattle and one of the best forms of protein. Beef can be cut and consumed in steak form, trimmings, processed form, or as a joint in a roast dinner. It can be cooked in a variety of ways and is safe to eat whilst semi-raw. After pork and poultry, beef is the third most consumed meat in the world. 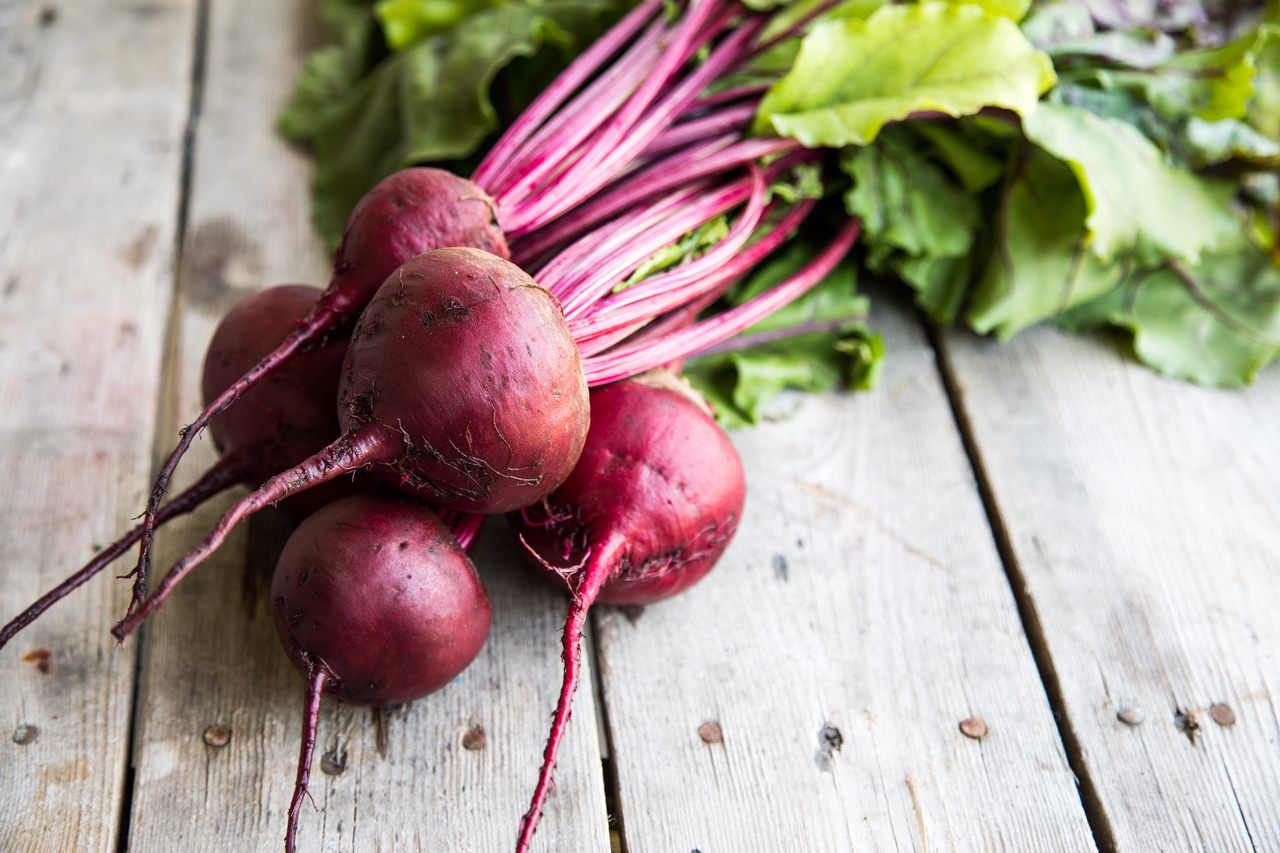 The root of a beet plant, beetroot (or beets) is an edible vegetable that has a mildly sweet flavor and distinctive purple-red coloring that stains just about anything. This vivid coloring means beets are used for food coloring, too. Beets are said to have anti-cancer and anti-inflammatory properties.

Beets are commonly found chopped up in salads and side dishes as a refreshing kick. They also pair really well with feta cheese. Western countries are notorious for having different names for different foods. In America, biscuits are savory, buttermilk treats that are mostly used to mop up sauce like clam chowder. Elsewhere, such as in the UK, biscuits are what Americans call “cookies”. It’s all a bit confusing, but biscuits are still a food that begins with B nonetheless. Blackberries are closely related to raspberries for their unique structure and sweet taste. Other than the color, the key distinction between them is that the stem (torus) usually remains in a blackberry when it is picked, whereas raspberries are hollow without a torus. Blackberries can be used in a variety of desserts, such as blackberry pie or ice cream. Black pepper is a flowering vine most famous for its peppercorns, which are dried and usually ground for use in a variety of dishes. Like salt, black pepper is one of the most popular forms of seasoning across the globe and is the world’s most traded spice. This essential seasoning originates from southwestern India. Blueberries are pea-sized berries that have a blue-ish, purple appearance. Depending on their ripeness, blueberries are either sweet or fairly tart. The United States produces 40% of the world’s supply of highbush blueberries, whereas Canada is the leading producer of lowbush blueberries. 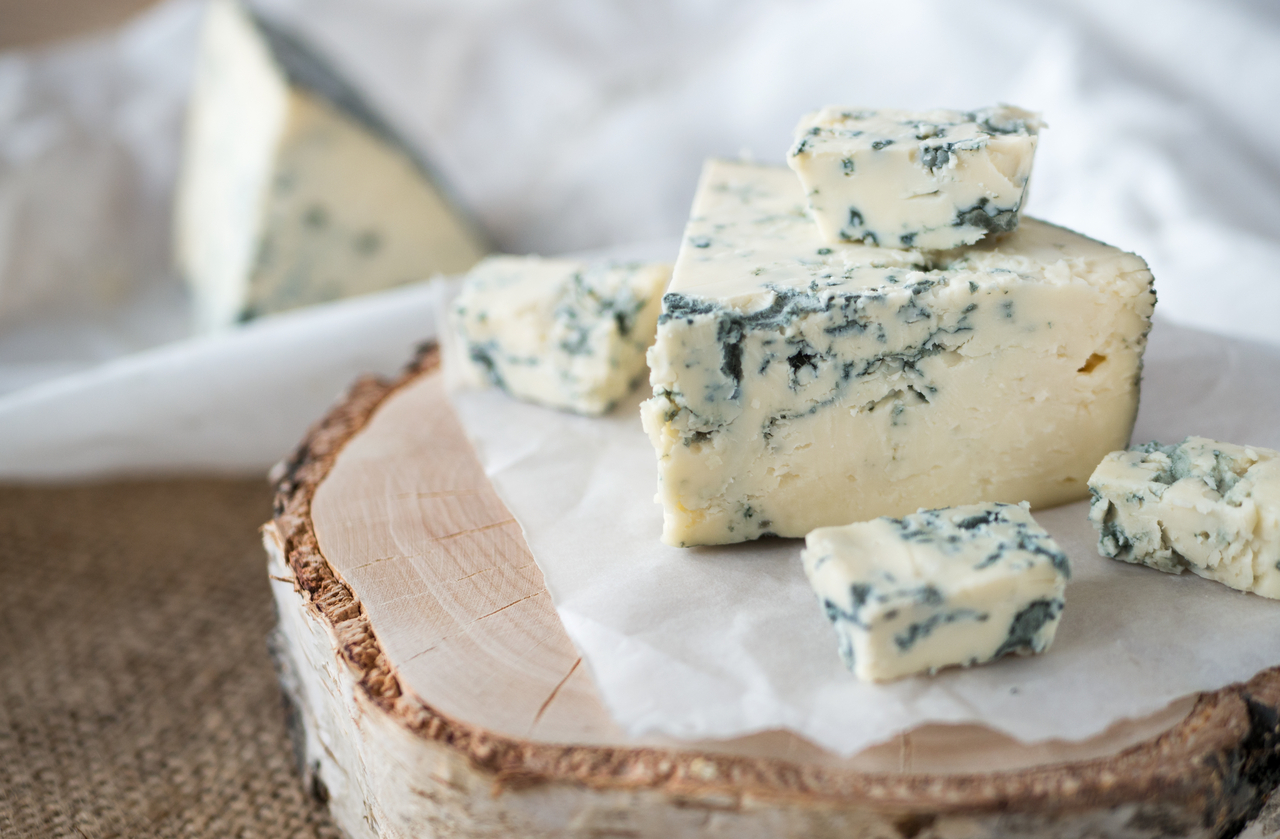 Blue cheese is often referred to as “moldy cheese” because of the actual mold cultures that provide the distinctive blue veins and blotches in the cheese. Blue cheese is safe to eat but comes with a strong flavor and aroma. Often known as pak choi, bok choy is a Chinese cabbage that is prevalent in a variety of Asian foods. The leaves and bulb are all edible and, when fried, shrink in size and become less firm. 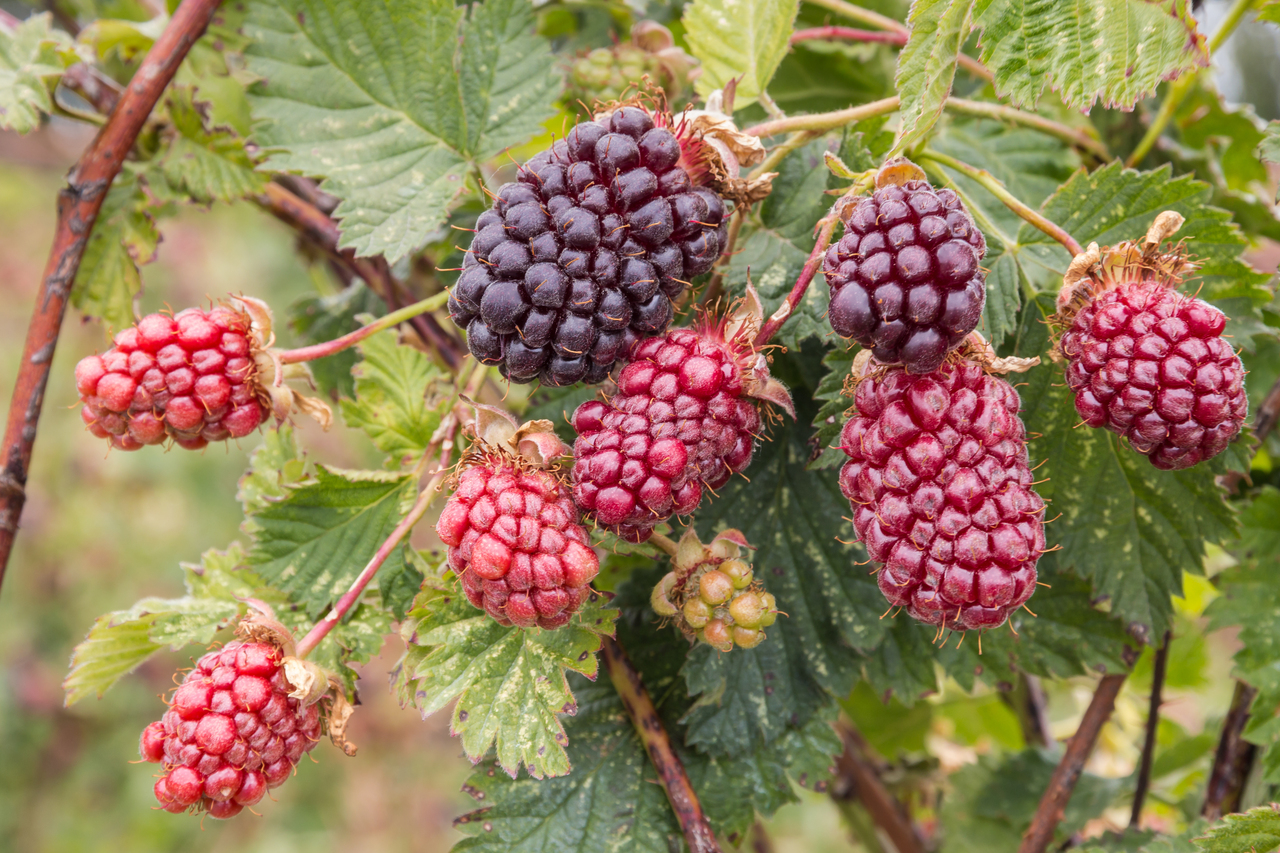 Boysenberries are a unique cross between raspberries, blackberries, loganberries, and dewberries. When ripe, they have a deep purple color and are fairly large, with a lovely sweet-tart flavor. These berries are considered superfoods as they are high in antioxidants, vitamin C, and fiber. 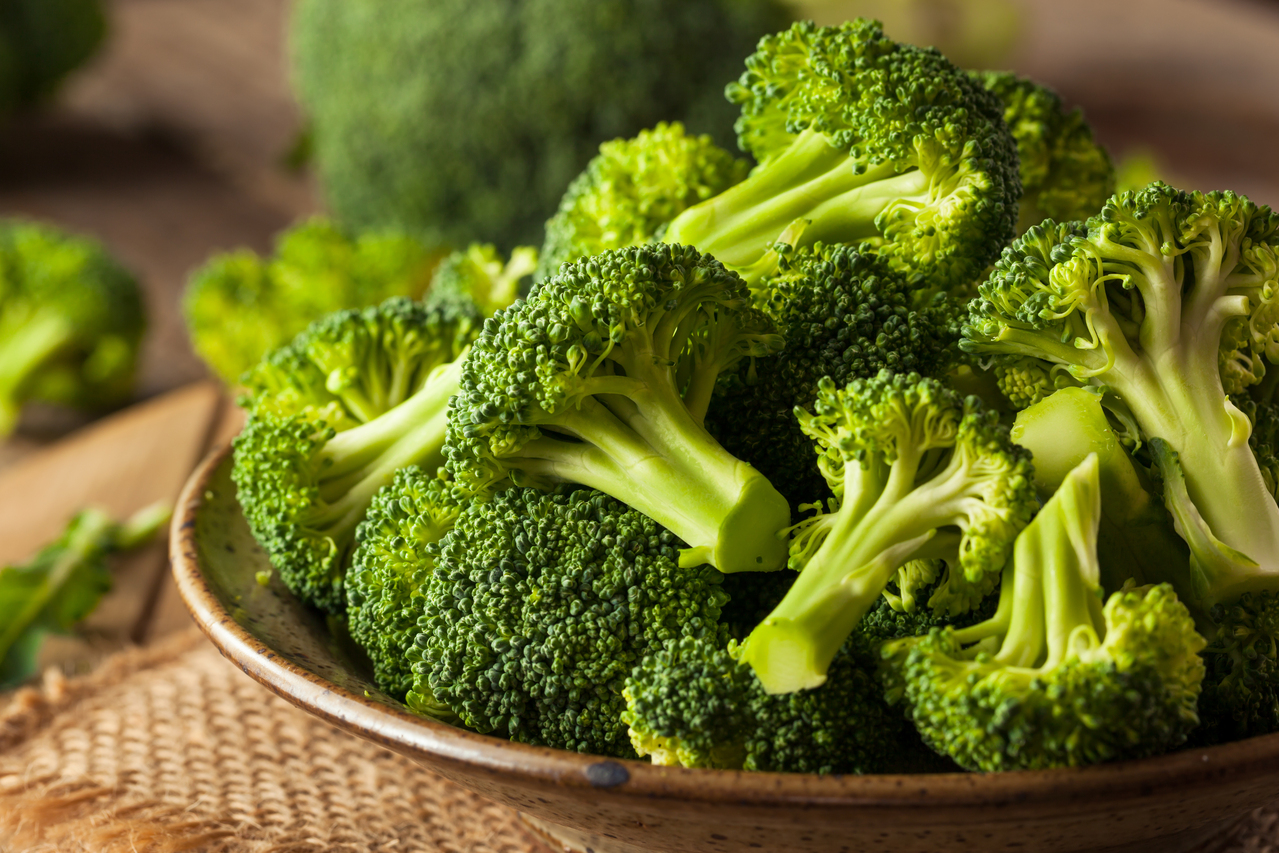 It’s no secret that broccoli looks like a little cabbage tree. Broccoli is one of the most popular vegetables as it is so quick and easy to cook and goes with almost everything - from roast dinners to a salad. They can be consumed raw or cooked and are brilliant sources of vitamins K and C. Brie is a soft cheese that comes with a firm outer layer that is slightly tinged from white mold. It is named after the French region it originated from and is made from cow’s milk. Brie is commonly eaten on cheese boards, with crackers, or on bread. We don’t really need to explain what a burger is. Burgers are great. Thanks to constant advancements, there are lots of vegetarian and vegan burgers that replicate meat burgers. A Mexican dish, burritos consist of a tortilla wrapped around a filling that ranges from meats, beans, sauces, and other vegetables. Some burritos also contain rice, cheese, and guacamole. They are notoriously messy to eat, so prepare yourself with paper towels. Butterfingers are a popular candy made of crispy peanut butter and an outer layer of chocolate. They can be found in grocery stores and vending machines. Sure, there are little to no health benefits of Butterfingers, but they’re still tasty.