Perhaps you’re here because you’ve fallen down an alphabet or food related rabbit hole. Or perhaps, you’re trying to cheat on the pub quiz. 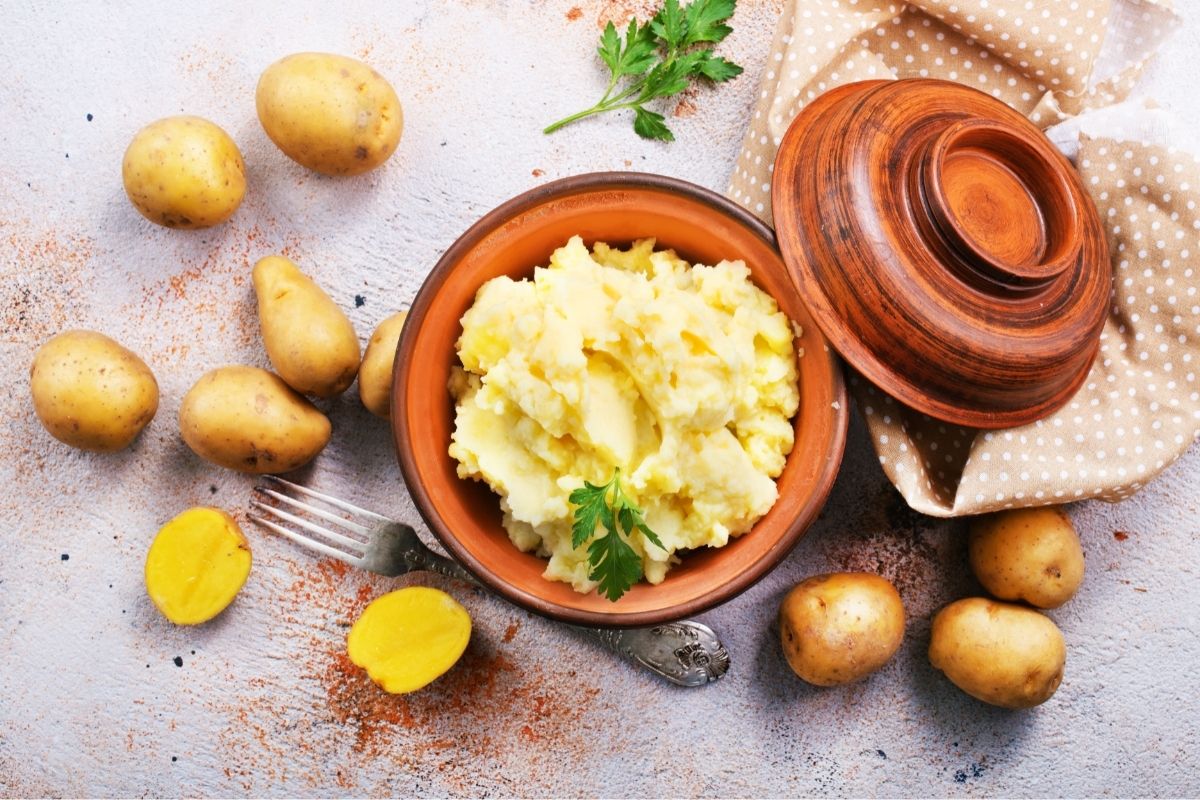 Whatever brought you to this article, know that you are about to find all the M foods of your dreams. From maca to mutton, we’ve got M food from all across the world.

We’re willing to bet that there are a few foods on this list that you haven’t tried. Make a note of these new foods to try later. 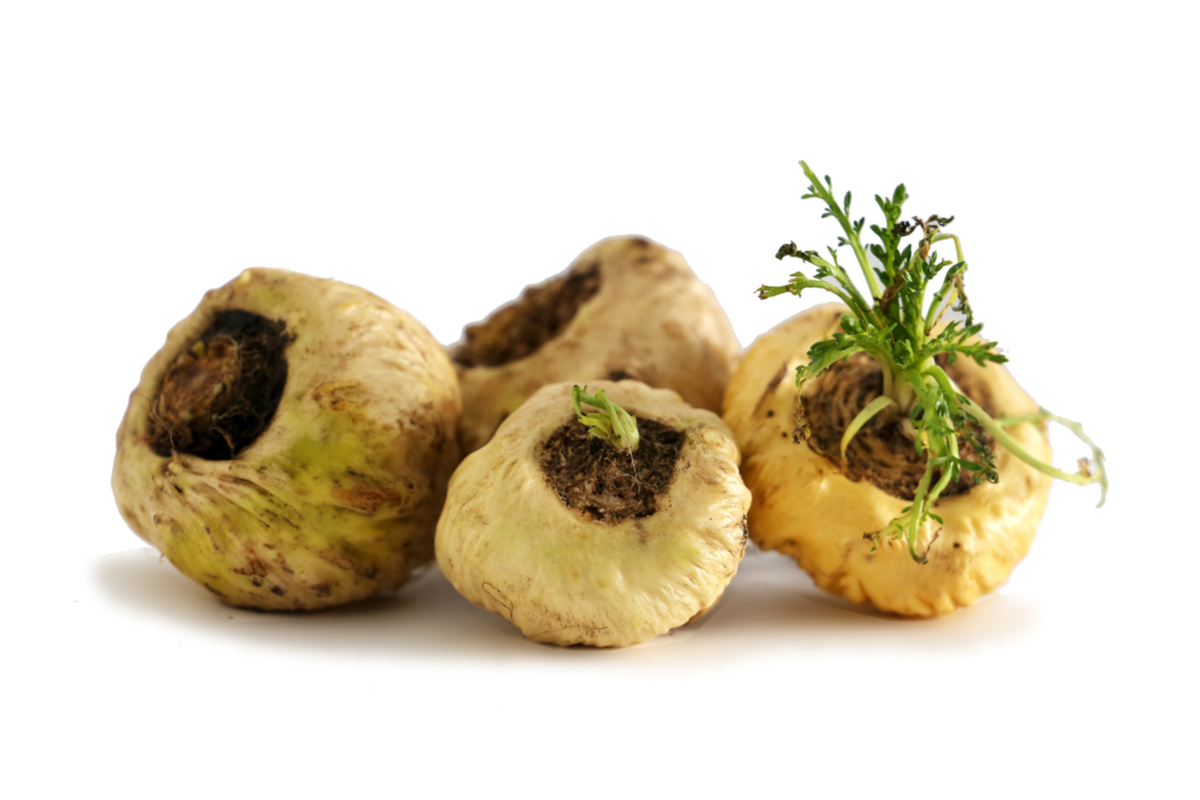 Maca is a plant that grows in the height of the Andes. It is also known as Peruvian ginseng and is said to be good for energy and fertility. Made from, well, mashed potatoes, mash is a common side dish across Europe and North America.

Most recipes call for a dash of milk and some butter to make the mash nice and creamy. They also suggest using a floury potato like a King Edward or russet potato. Mackerel are a fish that are eaten across the globe. There are lots of different mackerel fish, but most can be identified by the horizontal stripes across the back.

There are so many ways to cook mackerel, it would take an age to list them. However, some of these methods include roasting, frying, drying, or grilling. 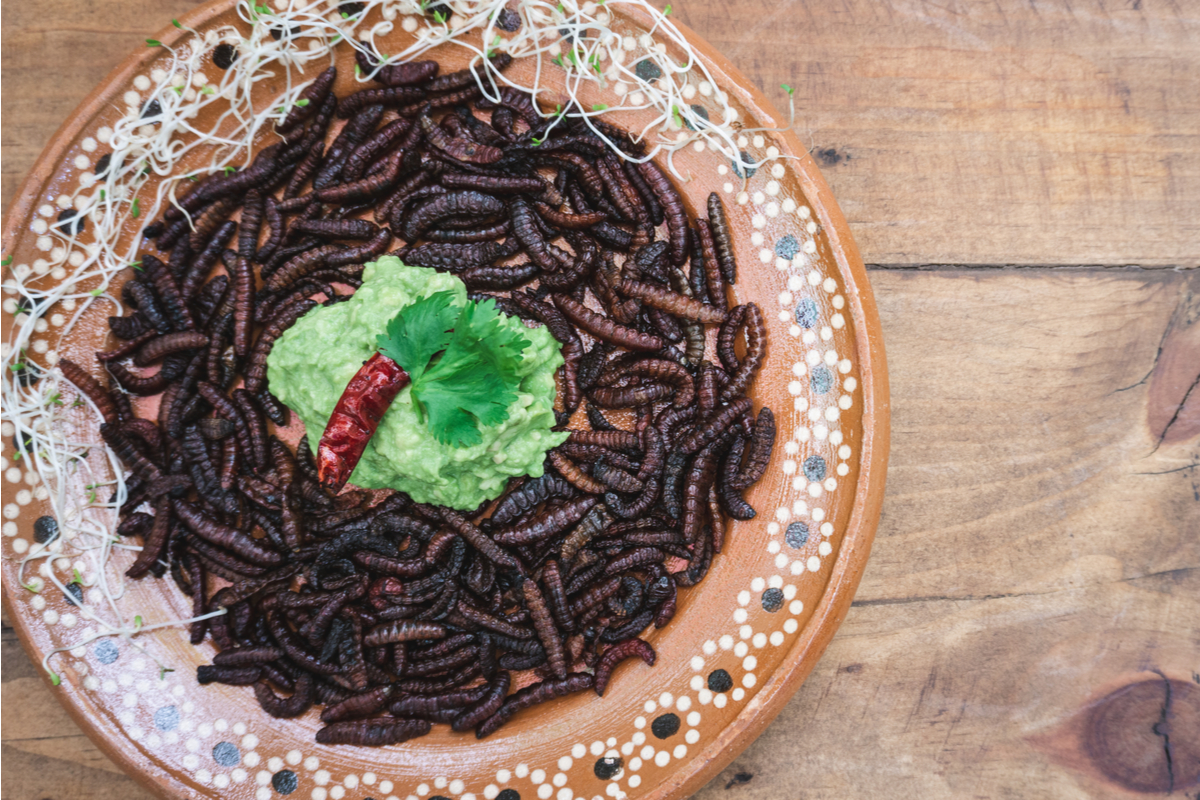 These are caterpillars that live in maguey plants. Maguey plants are also known as American aloe and are used to make tequila.

The maguey worms, which can be white or red, are an edible caterpillar that are treated as a delicacy in Mexican cuisine. These worms are also often placed in bottles or shots of tequila, particularly in bottles sold to tourists. There are hundreds and thousands of different mushrooms around the world. Edible mushrooms are defined by their desirable taste, nice smell, and lack of poisonous effects.

In the Caribbean or South Asia, mutton is sometimes used to refer to goat meat. Better known as corn in the US, maize is a staple food around the world.

It was first domesticated by indigenous Mexican people a whopping 10, 000 years ago! Since then, it has been cultivated and enjoyed by all visitors and settlers to the Americas. While we’re talking about grains, let’s talk about malt.

Malt refers to any cereal grain that has been soaked in water to force the grain to germinate. Once the germination begins, the grains are dried with hot air to halt the germination.

Malted grains are typically used for beer in the Western world. In the Middle East, malt grains are ground into pastes to be Eaten. Mangos are a tropical fruit with a stone in the center. They were thought to have originated in Myanmar or Bangladesh.

Mangos have a soft, sweet flesh that is loved the world over. The flesh can be eaten raw or cooked into various dishes. You can also eat the skins, but this can cause contact dermatitis in and around the mouth. Synonymous with Canada, maple syrup was first harvested by the indigenous peoples of North America. This is the roe of the capelin fish. It is commonly found in Japanese cuisine as well as wider Eastern foods.

The roe is often used to decorate sushi rolls. Masago is chosen because the roe is relatively small, and they pop when chewed. The leaves and fruit pulp are often ground down and made into fried chips. These chips or crackers are served as a side dish to lots of other meals. There are 38 recognized melon varieties worldwide. They are thought to have originated over 4000 years ago in Egypt.

In 4000 years, melons have managed to colonize most of the world. They are grown as far apart as America and Australia. Mint is a common herb found across the world. It is used to season food, flavor gum, and as a herbal remedy.

The ancient Greeks were said to rub mint into their arms before battle or a competition because they believed it made them stronger. They were probably the best smelling soldiers around! This is a super cool berry that has the ability to turn sour foods sweet! Ok, that’s not quite true. The berry contains a molecule called miraculin. When consumed, it binds to your taste buds, blocking taste receptors.

The miracle happens when you eat sour foods like lemons or limes. The lower pH allows the miraculin to bind with proteins and activate your sweet receptors.

It’s mostly eaten for the novelty effect in the Western world. However, it has been used in West Africa to sweeten wine, cornbread and other foods. A traditional Japanese seasoning, miso is used to flavor soups, meat, vegetables, and sauces. It is also used as a spread and a pickling agent.

Miso is made from fermented soybeans and mixed with other ingredients like salt, seaweed, or barley. 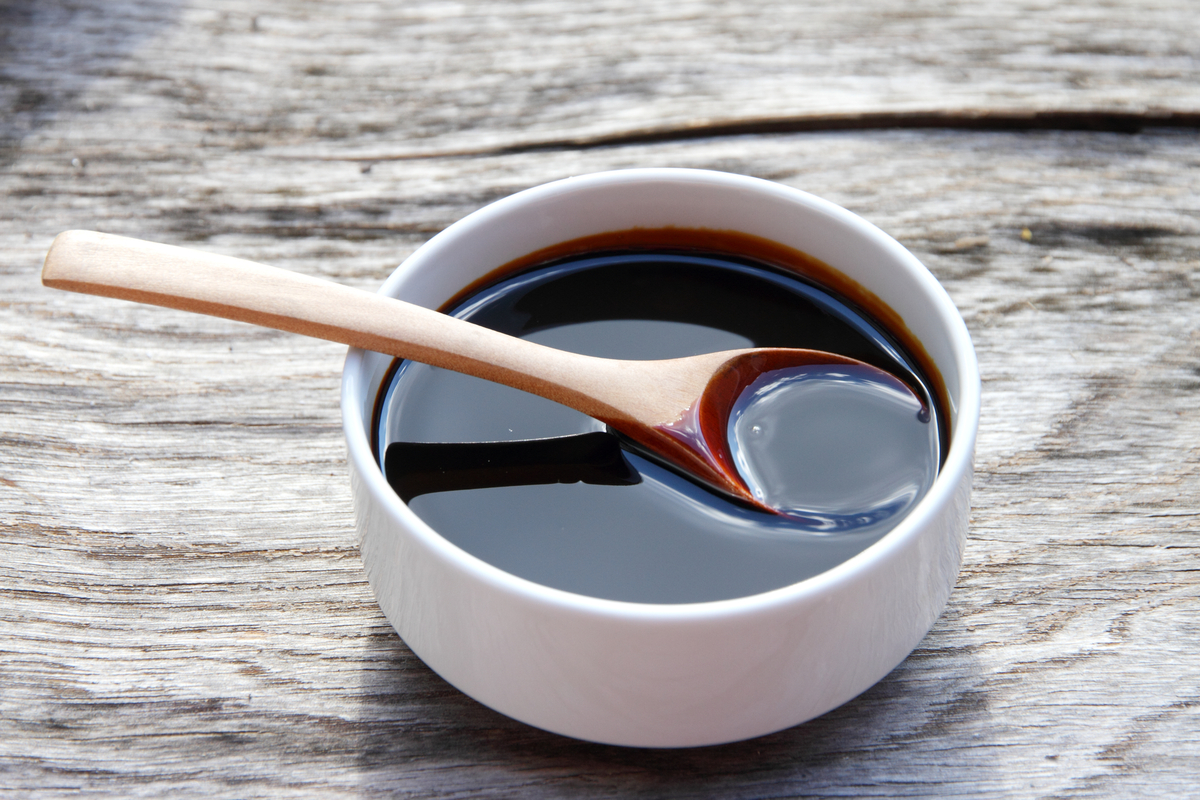 Molasses is made from refined sugarcane or sugar beets. It is a thick, viscous syrup with a stronger flavor than other syrups.

Usually used in the production of rum, molasses is probably the deadliest syrup in the world. Grown across Southern Africa, the mongongo fruit is a soft, velvety fruit. The flesh conceals a hard, pitted shell. The shell protects a highly nutritious nut.

The fruit ripens and falls between March and May every year. Monkfish are incredibly ugly to look at but delicious to eat! They have a taste that is similar to lobster and lean meat.

Interestingly, monkfish have a stomach that can expand to allow the fish to eat creatures as large as itself. This plant is found in many millennial households as a pot plant, though it is more commonly called a cheese plant.

The monstera originates from Central America and is more properly called the Monstera Deliciosa. Monstera means monster and refers to the enormous size of the plant. Deliciosa refers to the super sweet fruit that grows on the plant.

The fruit looks something like an ear of corn, but it is sweet and smells like pineapples or bananas. This is a deep red cherry with a very sour taste. It is used in many dishes including soups, pies, cakes, and tarts. Morello cherries also go particularly well with pork dishes.

In the Middle East, morello cherries are slowly boiled with sugar to make spoon sweets or a sweet beverage. Mountains might seem like an odd place for oysters to grow, but the truth is mountain oysters aren’t oysters at all.

The term mountain oyster is used to refer to the testicles of bison, pigs, bulls, or sheep. These ‘oysters’ are often served breaded and fried. Mung beans are small green beans grown in East and Southeast Asia as well as India.

Whole mung beans are usually boiled for use in soups and dahls. Skinned mung beans are more commonly ground up to form a paste. This is used in a wide variety of dishes. There are about 17 varieties of edible mussels across the world. These have been eaten for thousands of years.

Mussels, like oysters, are bivalves, which means they have a compressed body enclosed by a hinged shell. Mustard is a condiment made from mustard seeds. It has a bitter and somewhat spicy taste.

There are lots of different varieties of mustard. Each one includes different ingredients and seasonings, thus giving it a slightly different taste. Mutton is usually used to refer to older sheep meat. By that we mean the meat of an adult sheep, not stale meat!