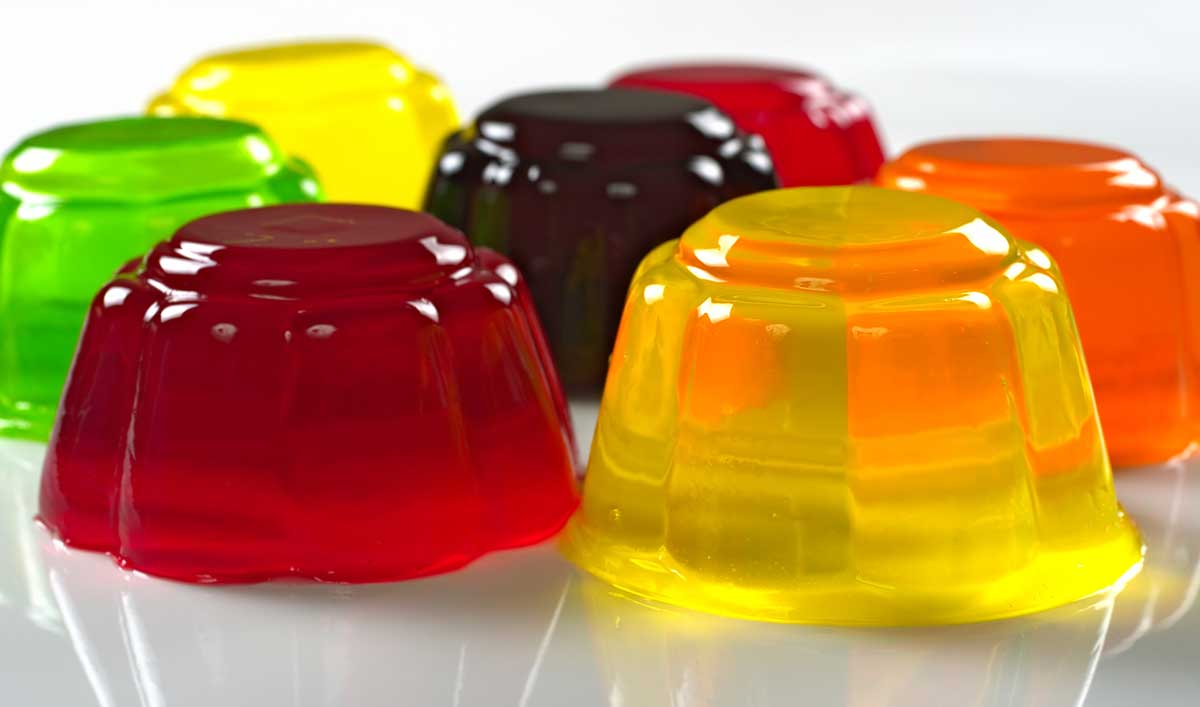 Whether you’re looking for a quiz answer or throwing a J themed party, we’ve rounded up 21 different foods that start with J.

We didn’t stop at just a list, however. We’ve included interesting information and facts about each food. That way you can woo and wow your quiz team members or party guests!

If the only J food you can think of is jelly, then maybe this list will help you expand your horizons! Heck, you might even find food on this list that you end up loving.

Without further ado, let’s jump, jive, and jostle our way through this list of J foods. 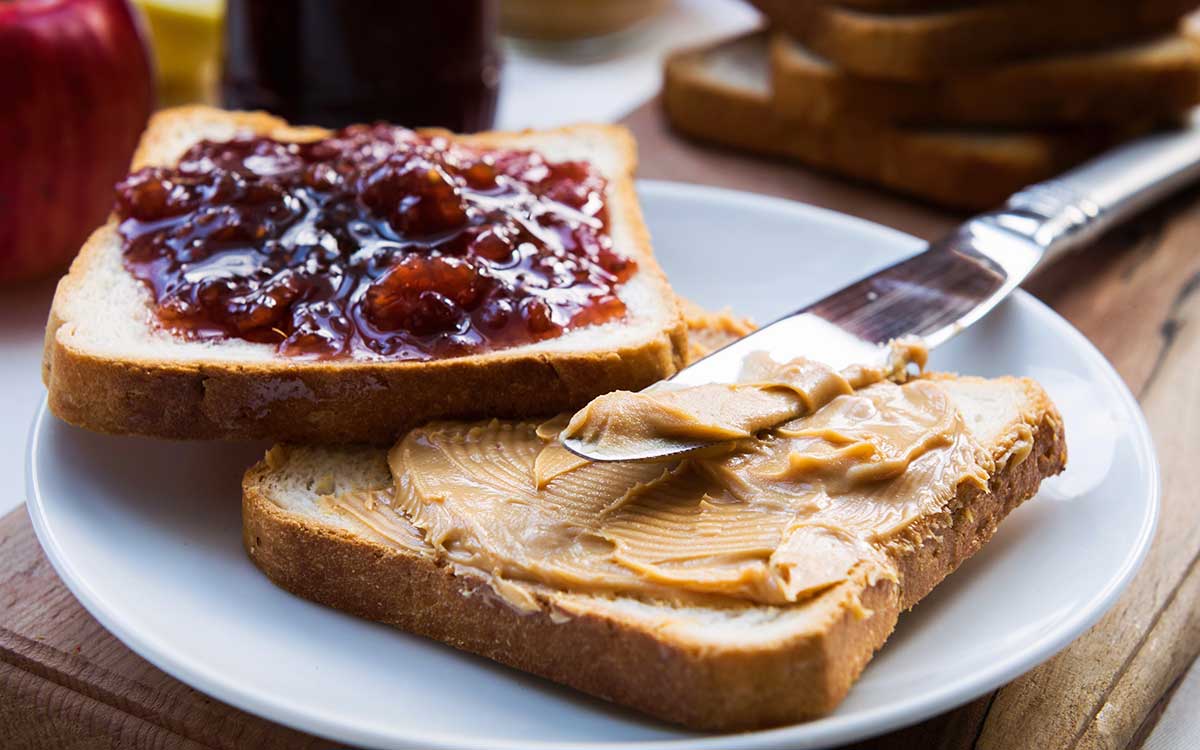 Let’s start out easy. Jam and jelly are two fruit spreads. Here in the US, jelly refers to a spread made from fruit juice. This makes the spread clear. Jelly goes great with peanut butter.

Jam, on the other hand, is made from crushed fruit, so it usually has visible bits of fruit. Jam is more gourmet and kitsch than jelly.

In the UK, jam covers what we consider jam and jelly. They use the term ‘jelly’ to refer to Jell-O.

Jell-O is a brand of gelatin-based dessert that first became popular in the early 1900s.

Nowadays, we tend to refer to any gelatin-based dessert as Jell-O. Like Google, Biro, and FedEx, Jell-O has become a proprietary eponym. This means that the brand name is used more than the common name. 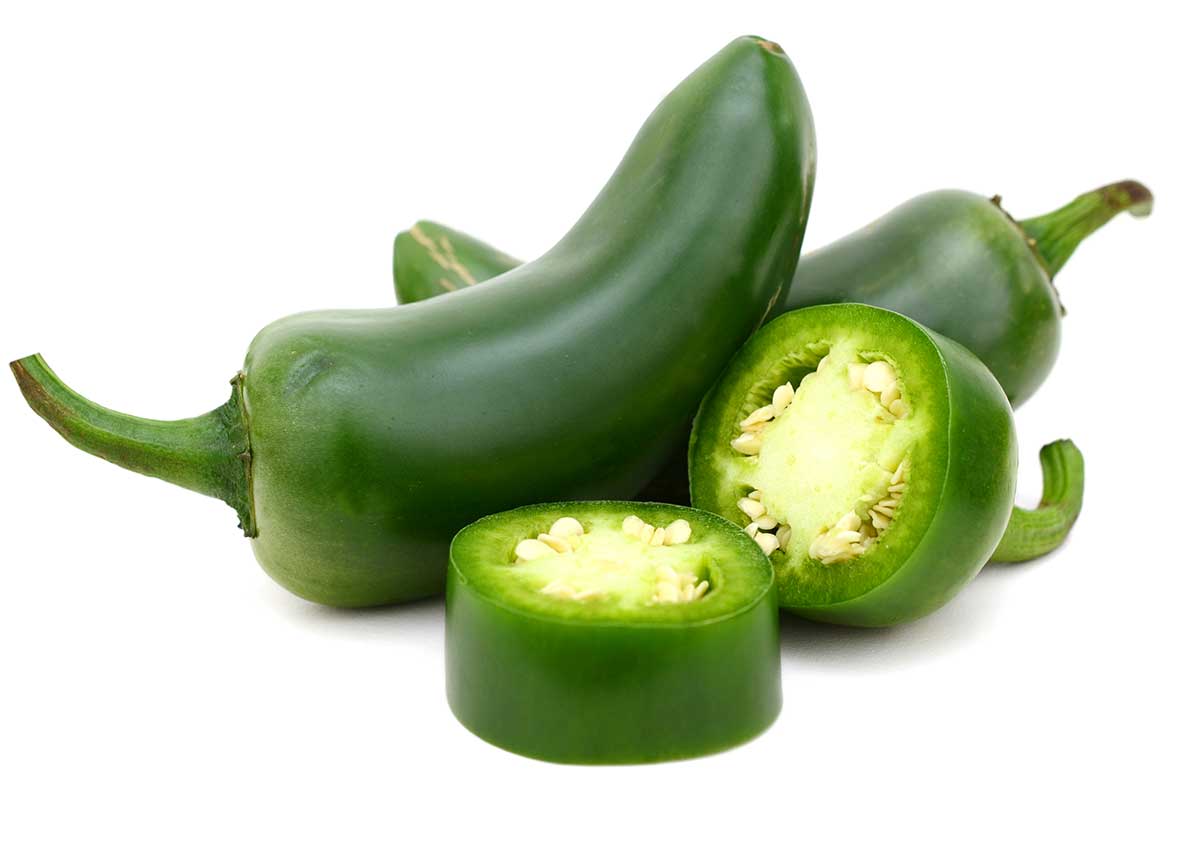 Originating in Mexico, the Jalapeño pepper is one of the most widely used peppers in the world. It is particularly popular in South, Central, and North America.

In fact, Texas loves the Jalapeño so much, they adopted it as their ‘state pepper’ in 1995. It’s a bit of a niche accolade, but an honor, nonetheless.

Jalapeños fall into the medium – hot variety of peppers. They have a Scoville rating of about 3000 – 10,000 Scoville heat units. 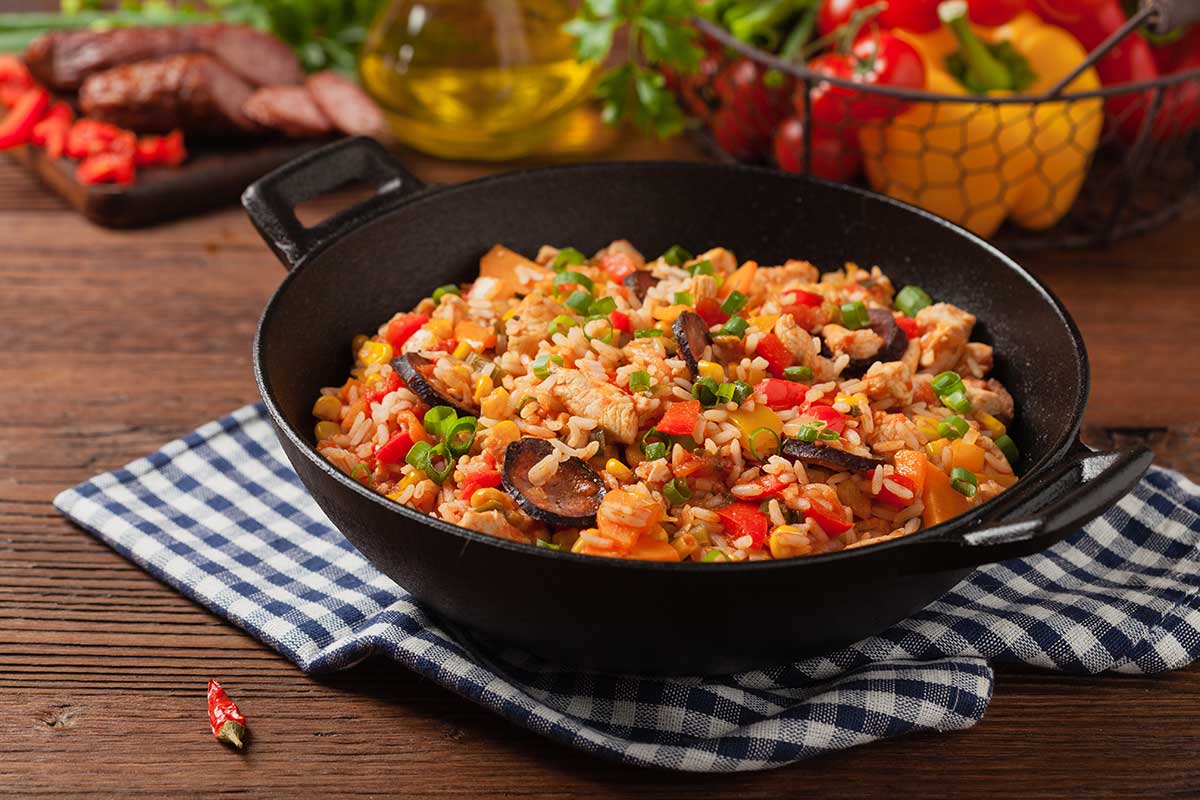 A famous Creole dish, jambalaya consists of meat and vegetables mixed with rice. The meat is usually a sausage of some sort, often andouille, but chicken, pork, and seafood can be used.

In New Orleans, a jambalaya will typically include tomatoes. This dish is known as Creole or red jambalaya. In southwestern and south-central Louisiana, tomatoes are less common in jambalaya. This version is usually called Cajun jambalaya. 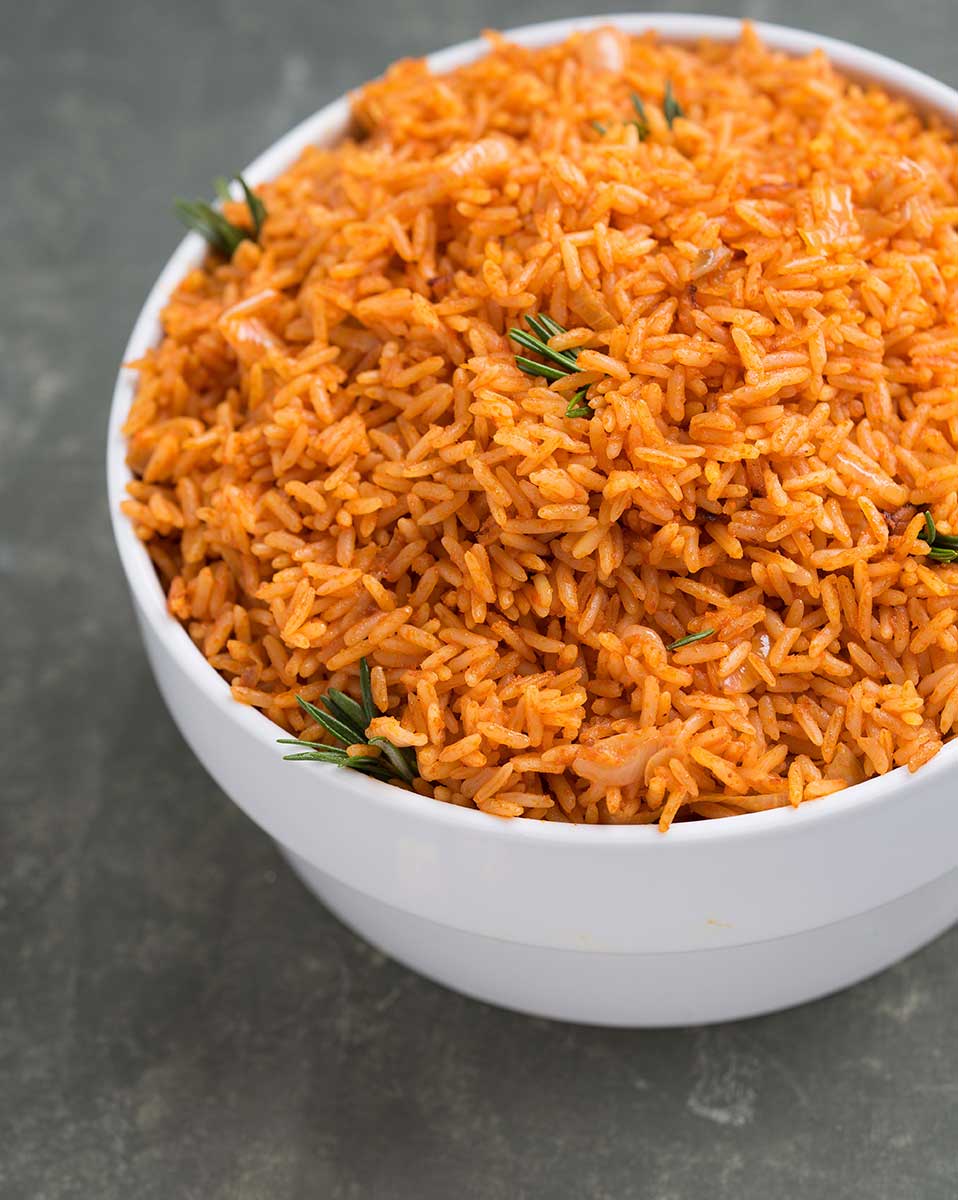 Jollof is one of the most common dishes found in West Africa. It is usually made with long grain rice, tomatoes, onion, vegetables, and meat.

There are hundreds of different variations on this dish as every nation, tribe, and locality uses the ingredients available to them.

Nigeria and Ghana are locked in what is called the Jollof Wars. This is a tongue in cheek term for the bickering between the two countries over whose jollof is better. 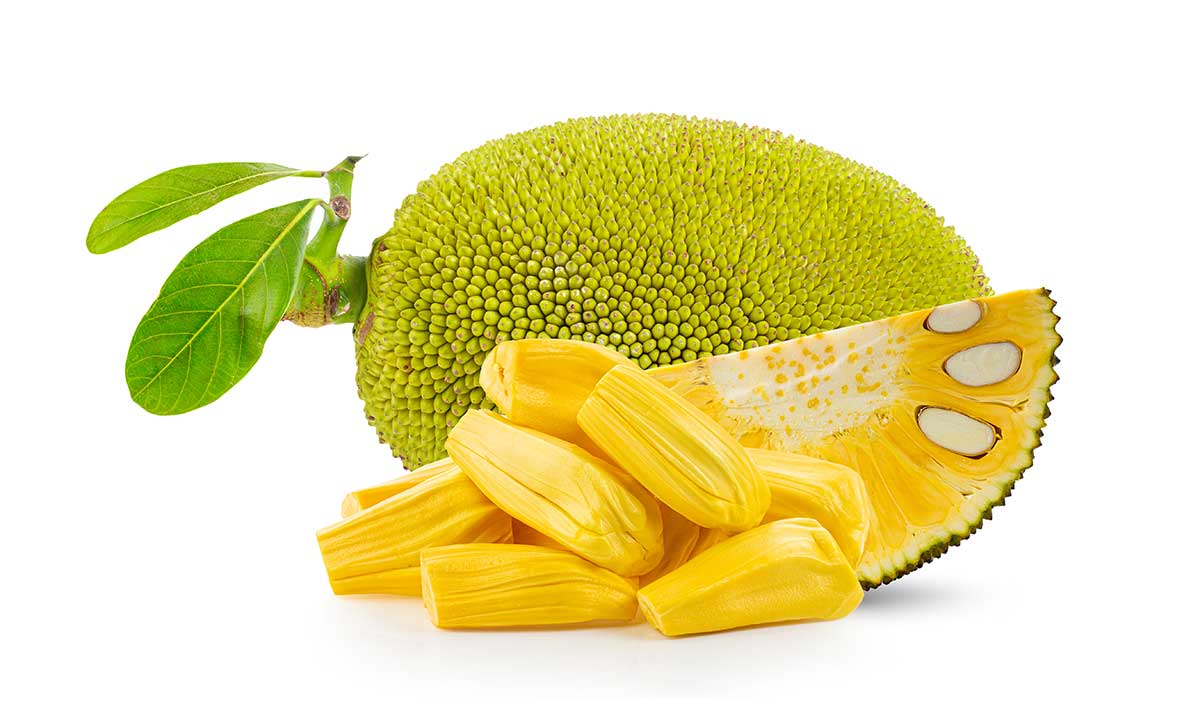 Jackfruits are the largest tree fruit in the world! They can grow up to about 80lbs. Combine that weight with their spiky skin, and you get a fruit that you don’t want to fall on your head!

Common to much of India, Sri Lanka, and Malaysia, this fruit tastes somewhat similar to pineapples or bananas. It is, however, a relative of the fig. 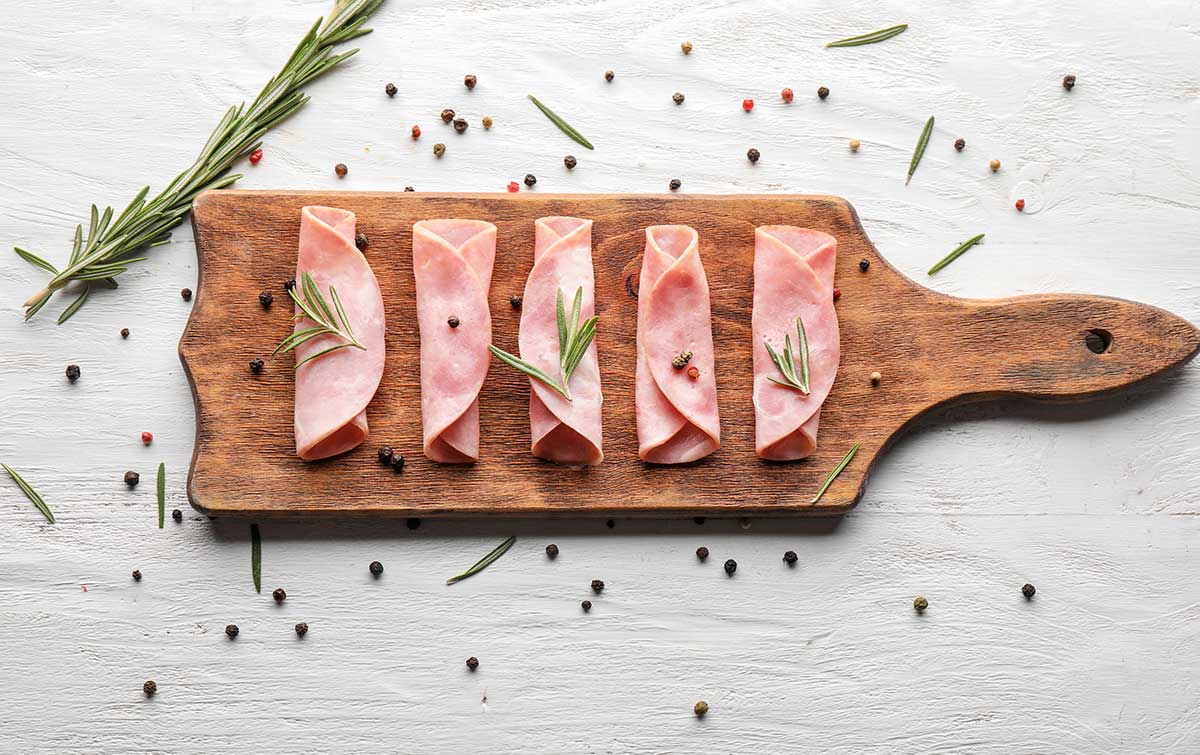 Jambon is French for ham, but when you buy jambon outside of France, you are getting jambon de Paris. This is a cured but unsmoked ham that is often sliced thinly and always fresh.

Jambon de Paris is frequently used in classic French recipes like croque monsieur and croque madame. It is also used in Quiché Lorraine or served as charcuterie. 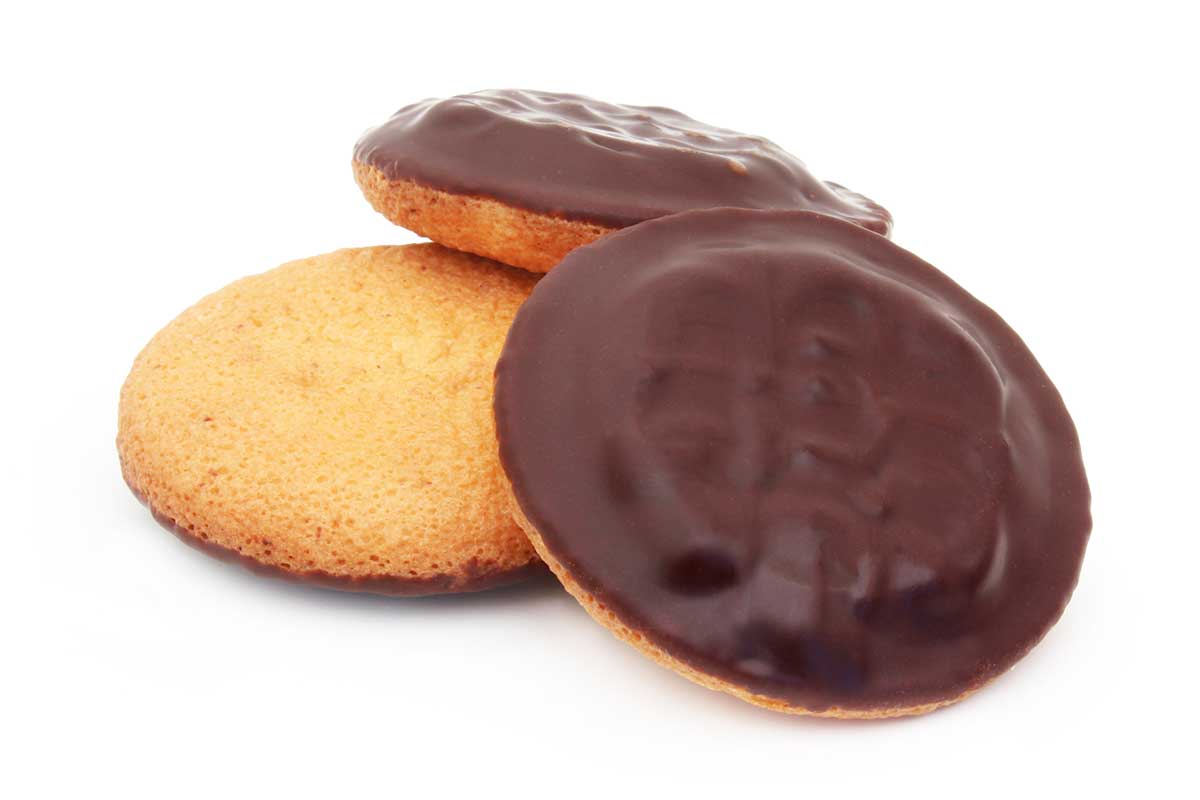 An iconic British treat, the Jaffa Cake has a base made of genoise sponge, a layer of orange jelly, and a chocolate coating.

Found everywhere in the UK, Jaffa Cakes are less common in the US. They are similar to Pims or Delicje which are more readily available. 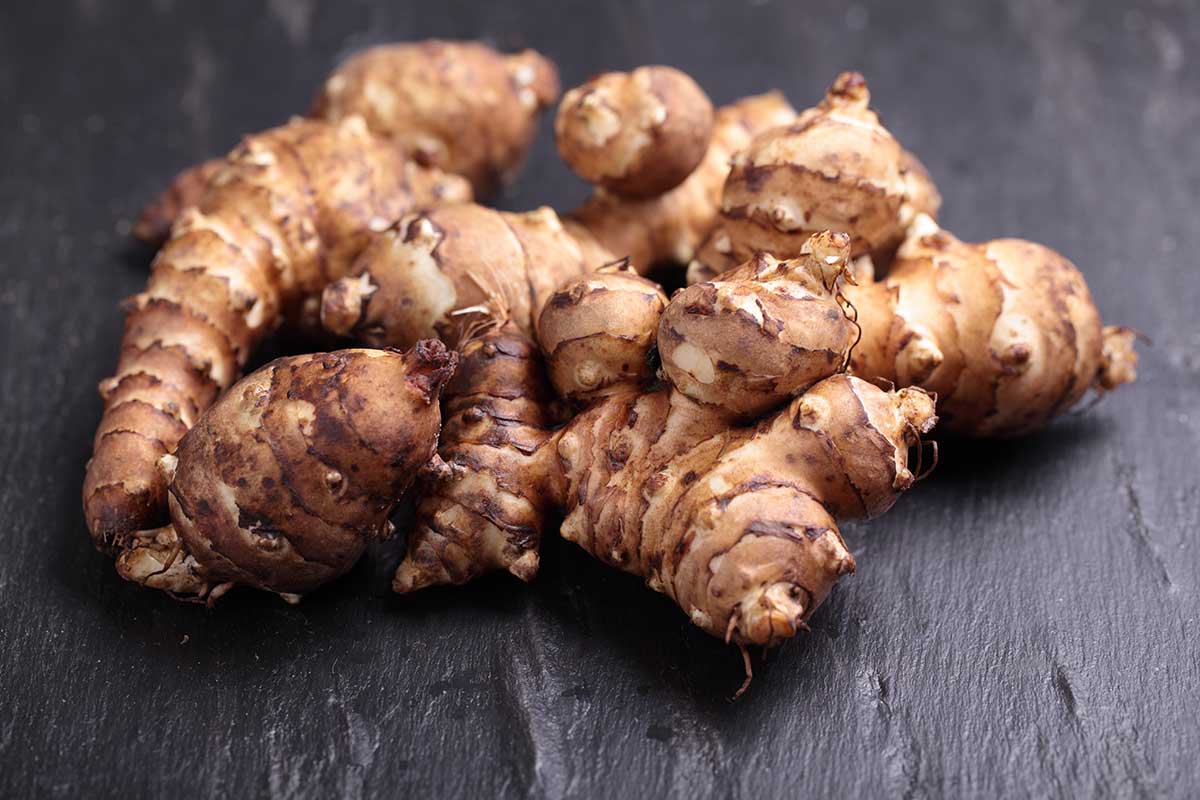 Despite the name, the Jerusalem artichoke is not native to Jerusalem. It is also not an artichoke.

Also known as a wild sunflower or earth apple, the Jerusalem artichoke is native to central North America. It was grown by Indigenous Americans because of the edible, potato-like tubers in its root system. 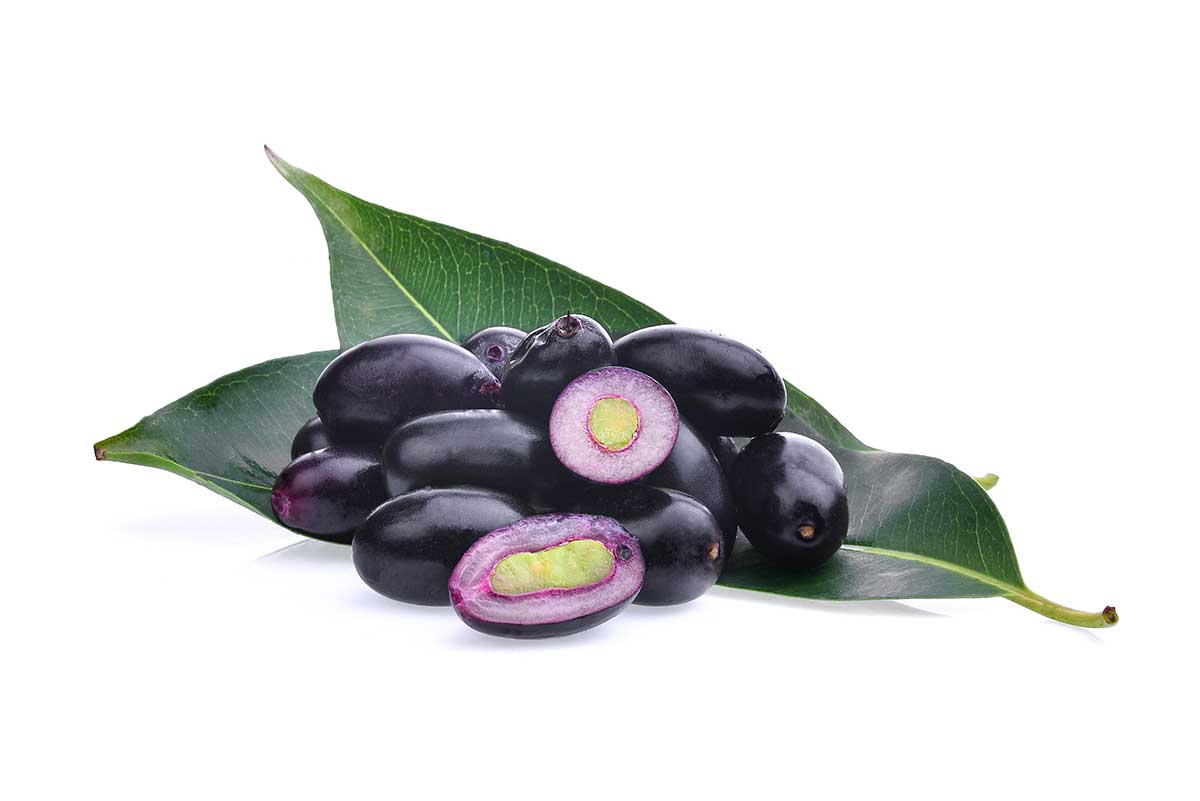 Also known as a jamun or jambolana, this fruit tree grows in India, Myanmar, Andaman Islands, and other areas in Southeast Asia.

These fruits are slightly acidic but can be enjoyed raw or cooked. Jackals, birds, civets, and fruit bats love to eat the Java plum. 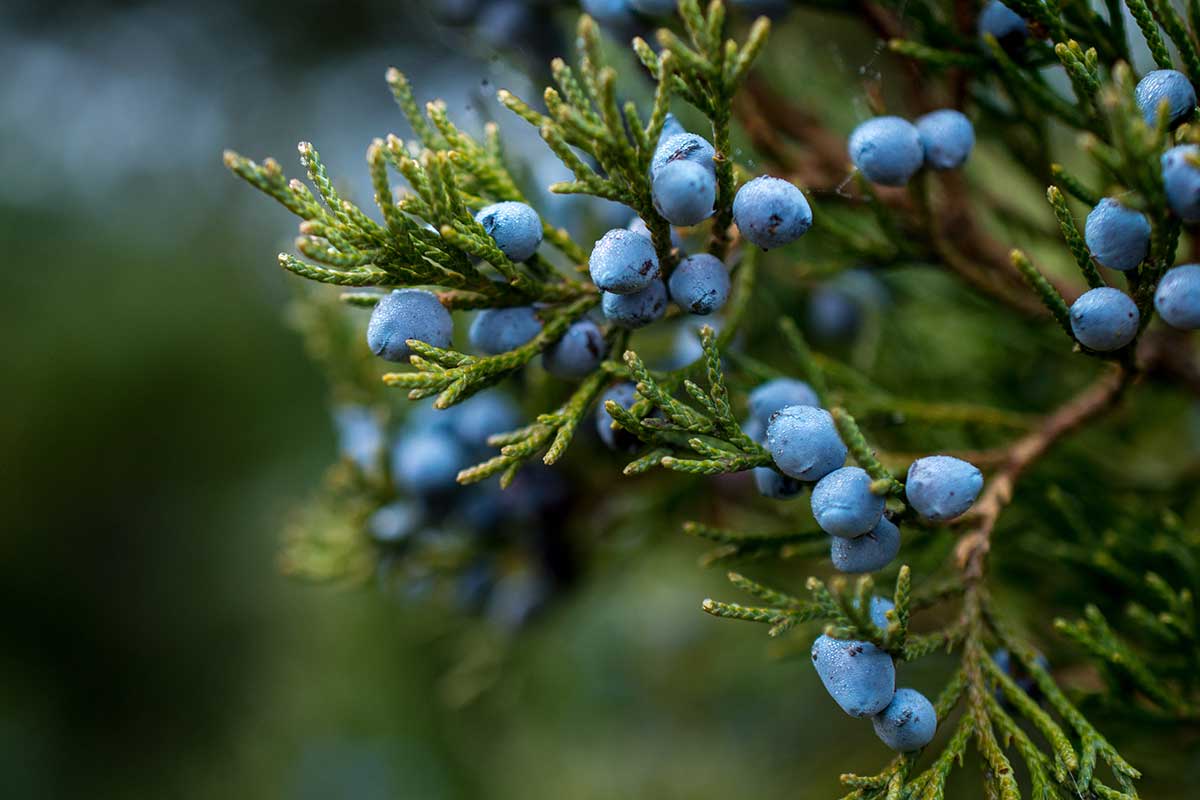 Juniper berries aren’t a true berry at all. The part we call a berry is actually the seed cone produced by a juniper plant.

Juniper is used as a spice and is the main flavoring of gin. It is probably the only spice to come from a coniferous plant.

Most of the time, we don’t eat juniper berries as you would other berries. This is because they are just too bitter to be enjoyable. 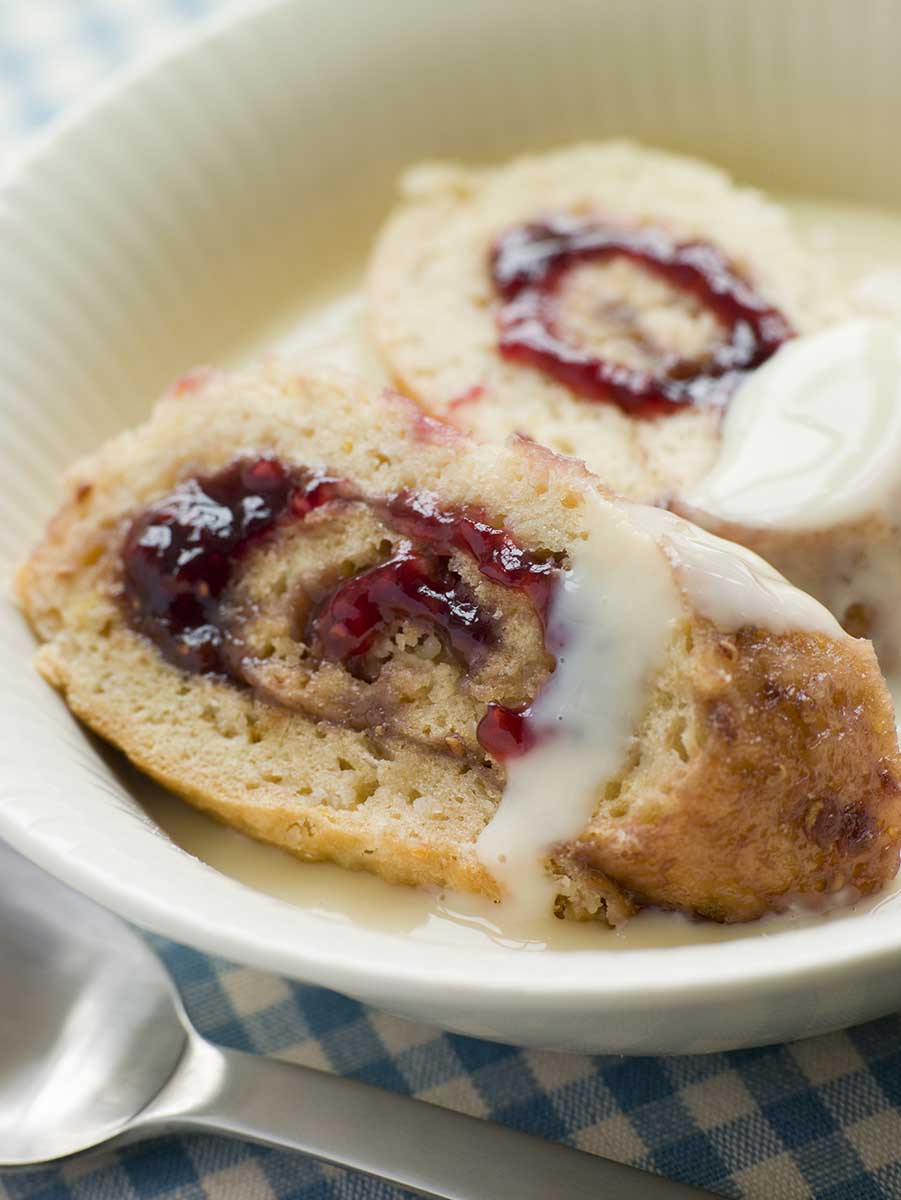 A delightfully British name for a delightful British desert! The jam roly-poly is similar to a jelly roll except that it uses suet pudding instead of cake.

Suet is the raw, hardened fat of lamb, beef, or mutton. It is mostly found in the loins and around the kidneys. While it might not be the first ingredient you think of when making a dessert, suet puddings are common in the UK.

When combined with the other ingredients, you get a delicious dessert without a hint of beef or lamb! 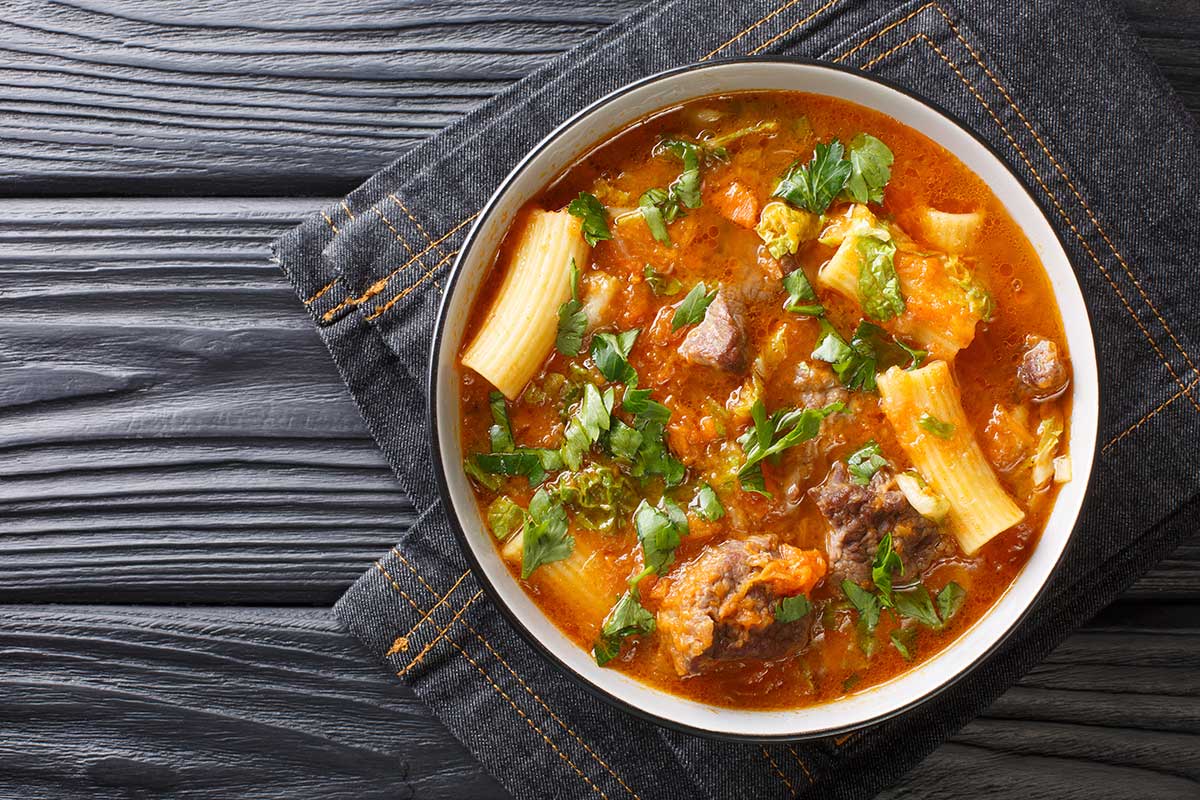 Soup joumou is a Haitian dish made from pumpkin slices, beef, potatoes, plantain, and other vegetables.

The pumpkin slices are simmered with the other ingredients before being blended. Once smooth, they are returned to the rest of the stew.

This soup is of enormous cultural importance to Haitians. While under French colonial rule, Haitian slaves were banned from eating the soup. Only the slave owners were allowed to enjoy this meal.

Now, Haitians eat the soup to remember the revolutions that freed them and as a symbol of emancipation. 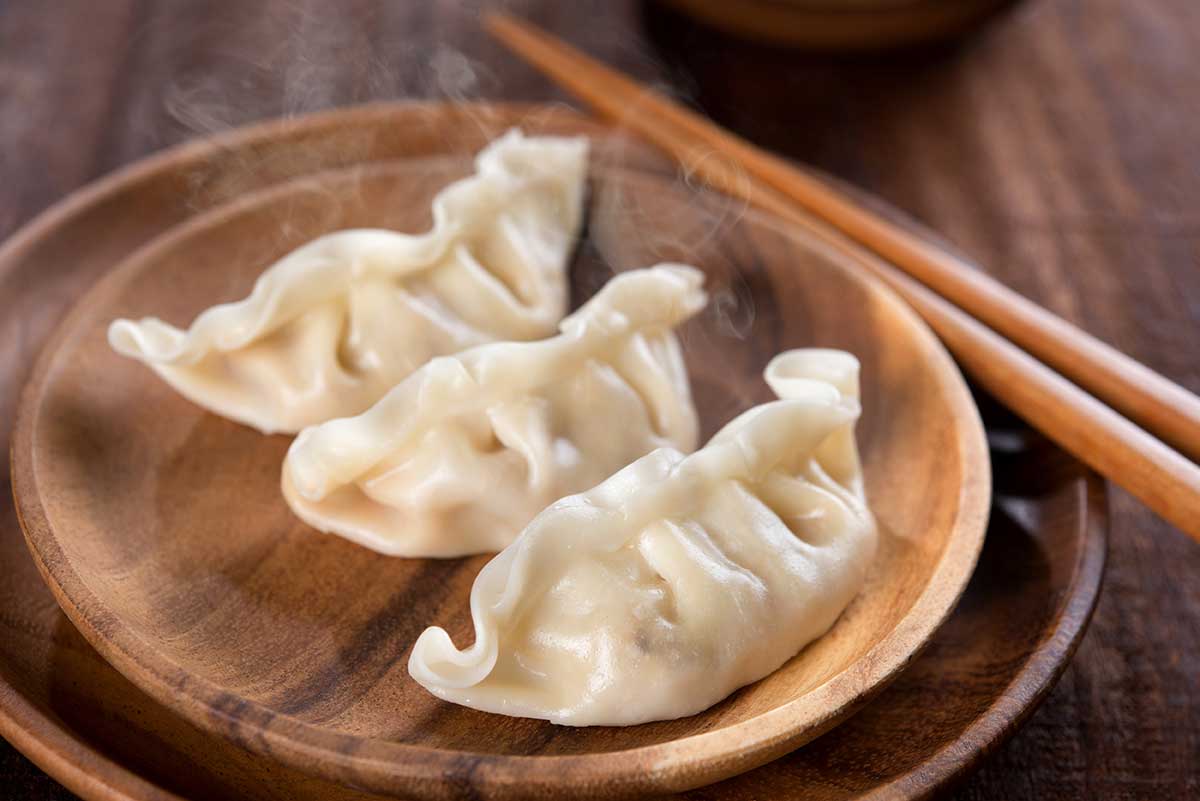 These are a type of Chinese dumpling popular across much of East Asia. They are typically eaten during Chinese New Year, though provinces eat them all year.

Consisting of ground meat or vegetables wrapped in a thin dough, Jiaozi can be steamed, boiled, or pan fried. Once cooked, they are traditionally served with black vinegar and sesame oil. 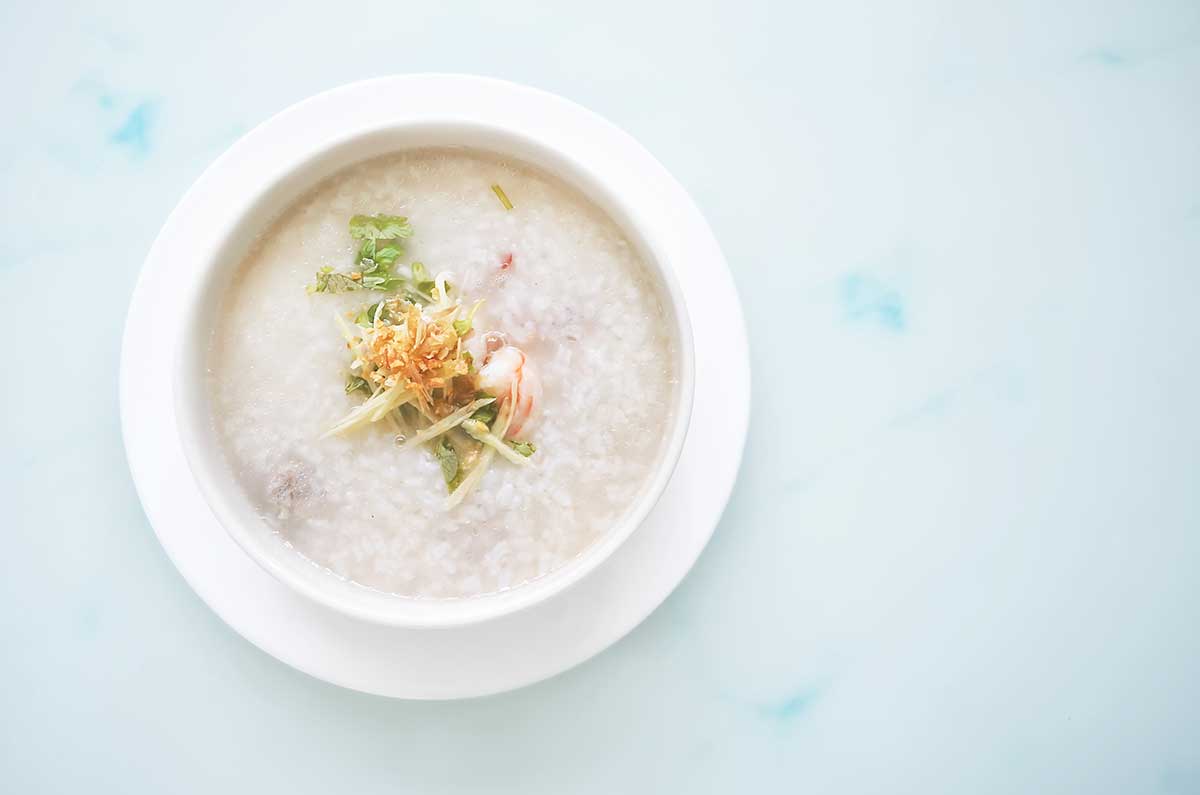 More properly called Congee, jook is a rice porridge or gruel dish often served for breakfast in many Asian countries.

There are significant variations from one country to the other when it comes to jook recipes. Some serve it plain, others add meat, vegetables, and seafood. 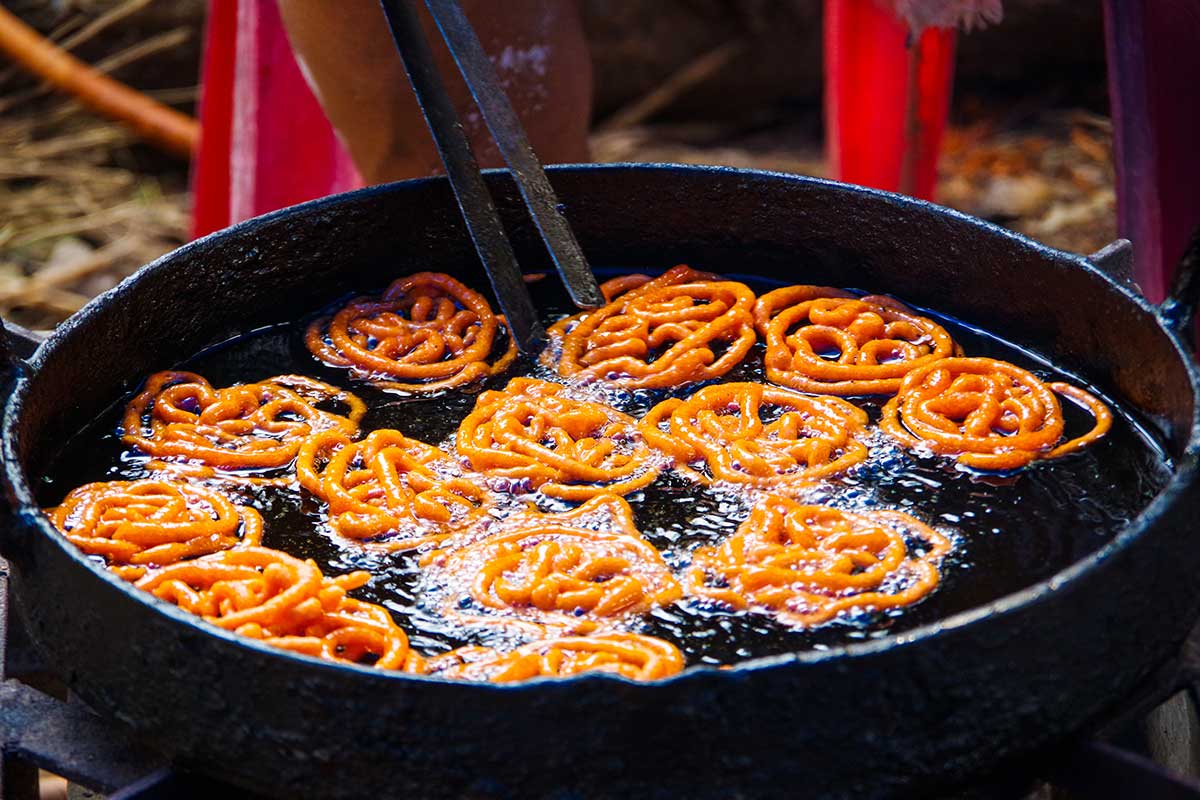 Jalebi is an Indian sweet that has become incredibly popular all across South Asia, the Middle East, and North Africa.

It is made by deep frying a flour batter in circular shapes. Once fried, the jalebis are then soaked in syrup to give them a deliciously sweet taste. 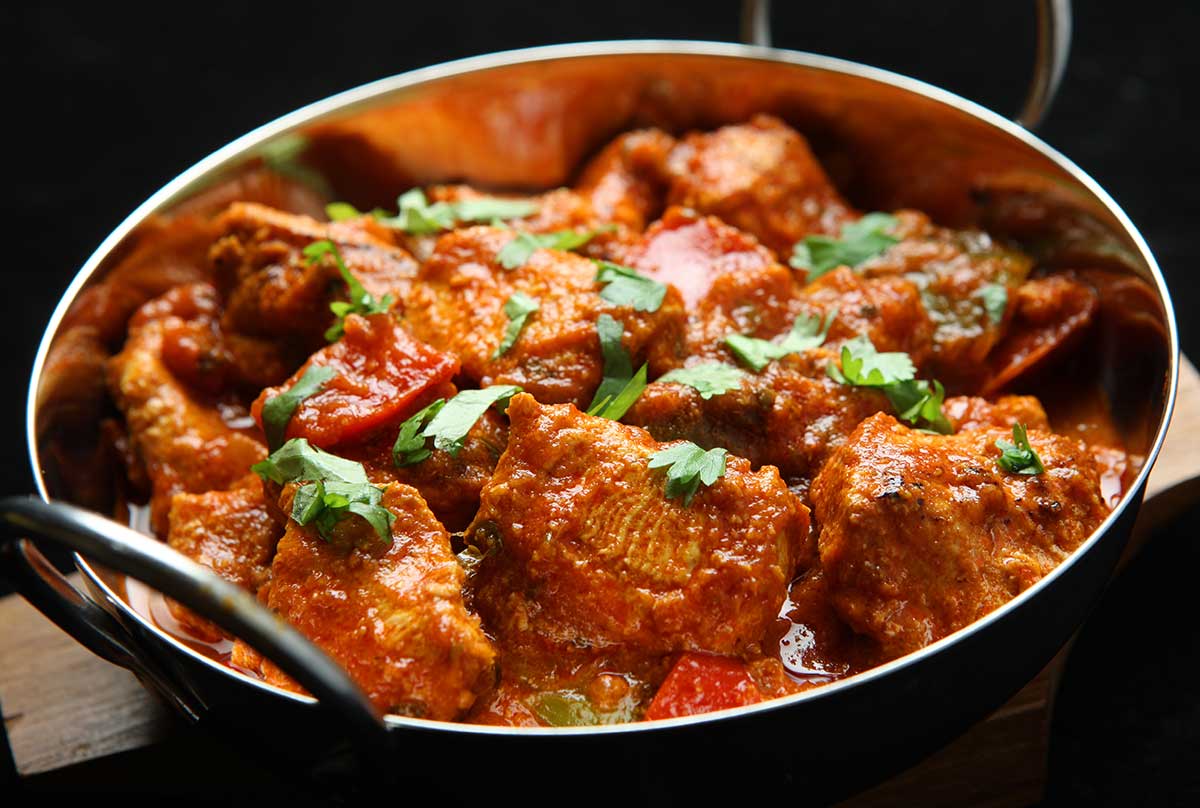 Jalfrezi is a curry dish that originates in Bengal. It is popular all across India and further afield. It is particularly common in British Indian restaurants and takeaways.

The curry is made by stir frying meat and vegetables in a thick, spicy, tomato-based sauce. 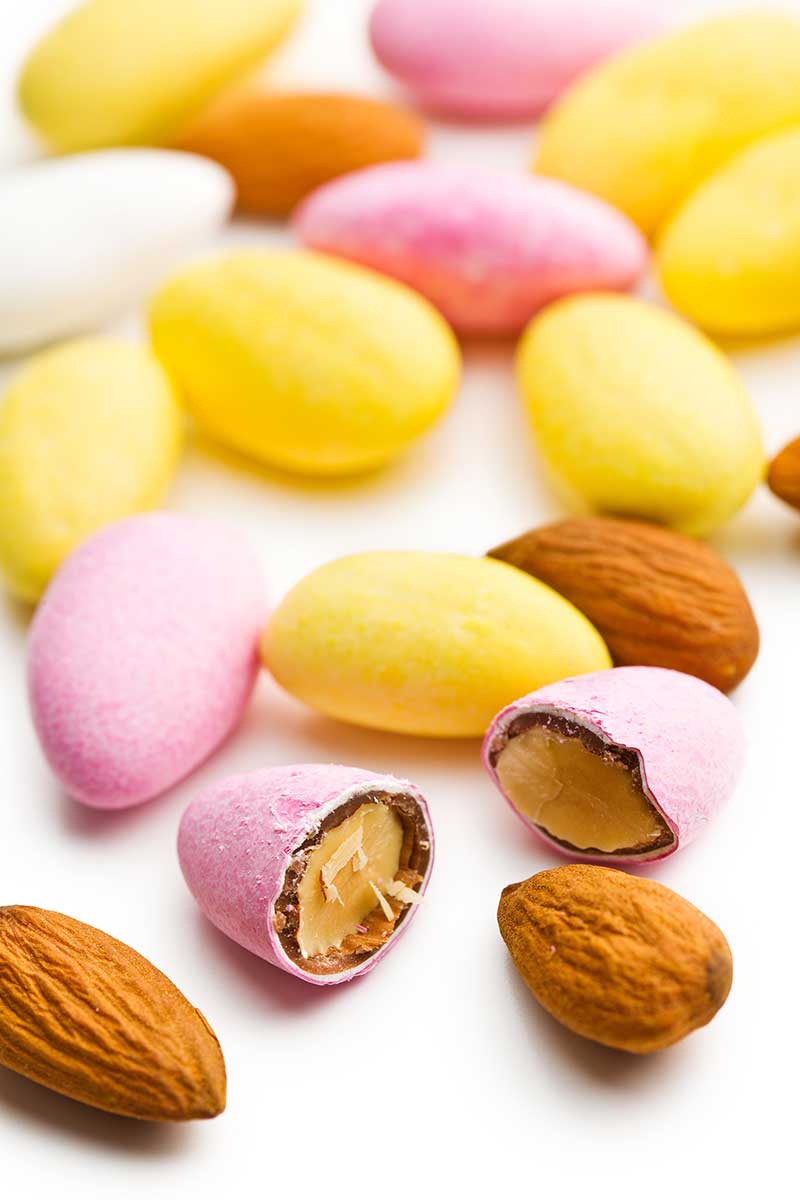 These almonds are coated in a sugary shell which is often painted bright colors. They are most often seen at weddings where they are used as a wedding favor. 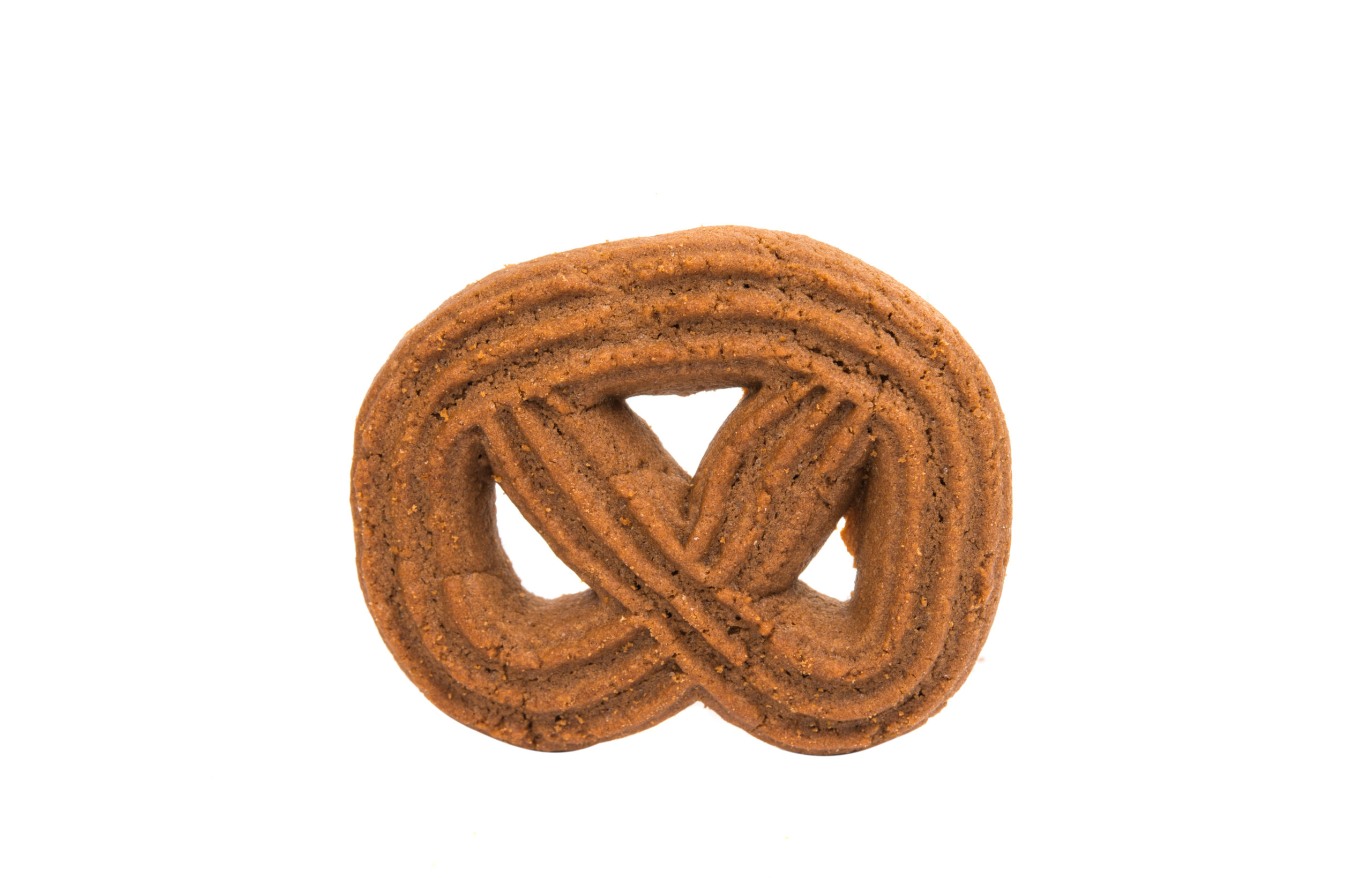 A simple, flat butter cookie, jumbles are typically knot shaped. These cookies are dense and flat, which makes them easier to transport. 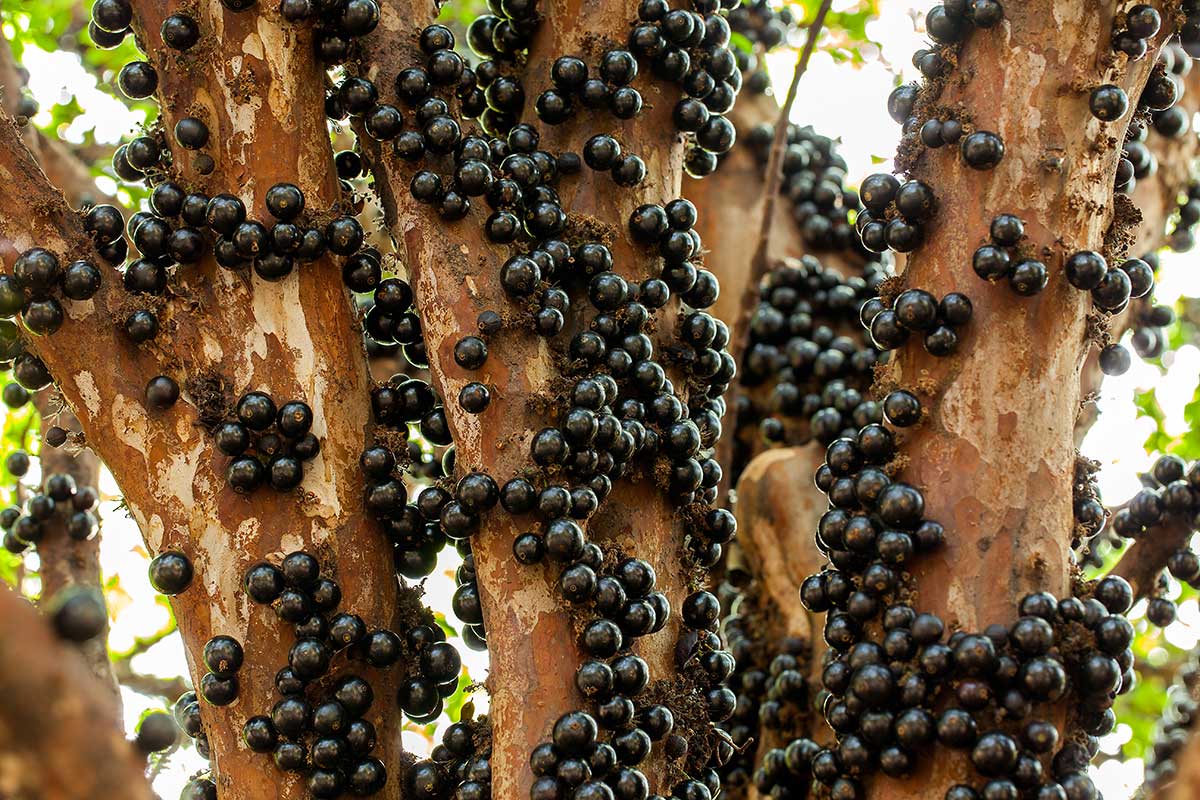 Also known as the Brazilian grape tree, the jabuticaba is similar in appearance to a grape. However, it is much larger and has a sour taste similar to lychee. 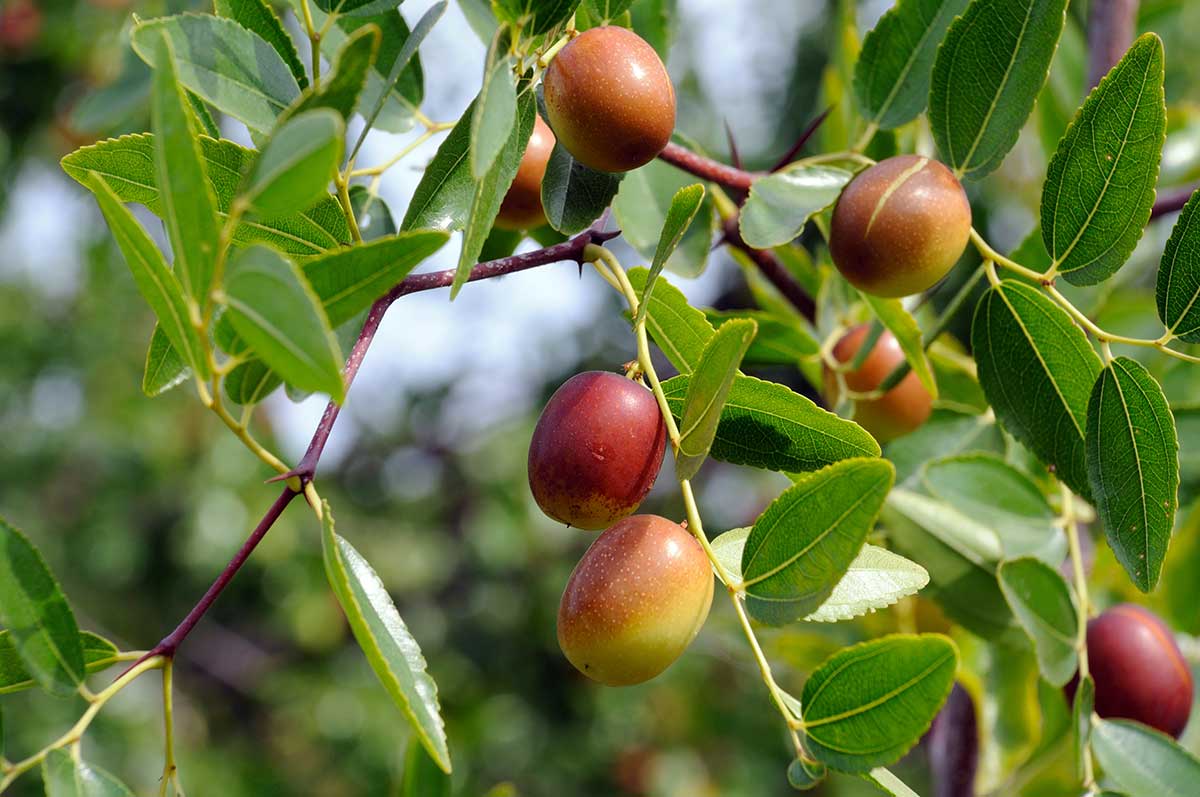 Also known as the Chinese date. It is cultivated across Asia and Eastern Europe and has even reached the Caribbean.

The fruit of the jujube tree can be enjoyed fresh, dried, or toasted. It is made into teas, juices, and syrups in China and Korea.