There might be many reasons that have brought you here today. Perhaps you’ve just stumbled across an ingredient that you’ve never heard of before. Or maybe you’re trying to work out the answer to a crossword puzzle.

Whatever your reasons, below you’ll find a list of 19 awesome foods that start with H. Some of these you’ll have encountered before. You might even have some in your kitchen right now! Others are rarer and this could be the first time you’ve ever heard of them. One thing is for certain, though - you’re about to learn a lot! 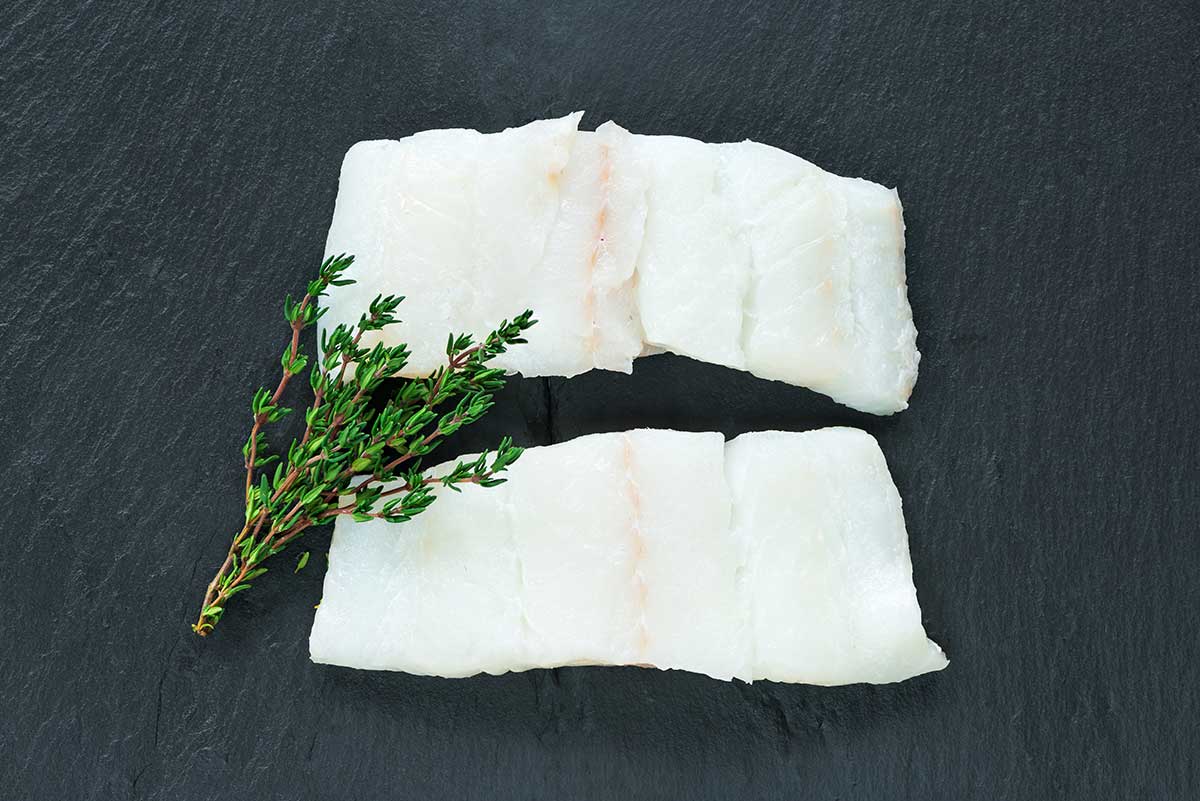 Let’s start the list off with something familiar. Haddock is a very popular fish that can be found living in the North Atlantic Ocean. It can be served in loads of different ways including grilled, baked, steamed, and fried. It has a mildly fishy flavor, and opaque, flaky flesh. 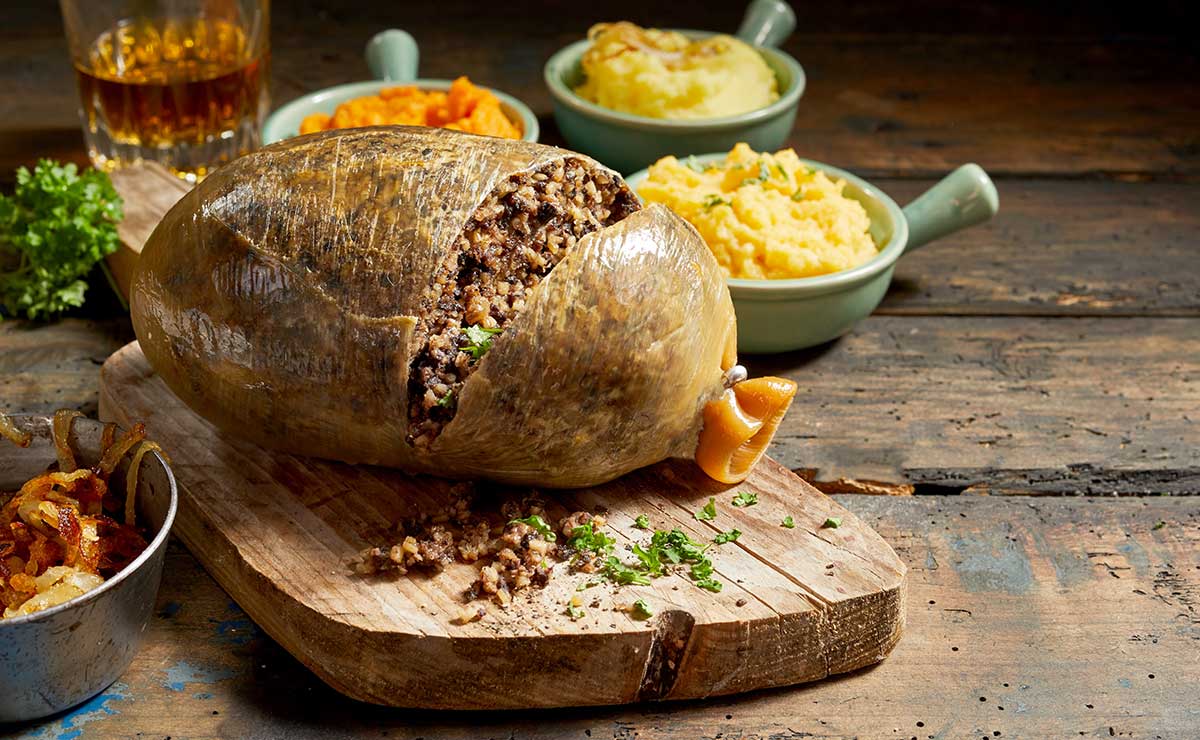 This Scottish delicacy is a pudding that is made from sheep’s pluck. In other words, it’s a combination of sheep’s liver, lungs, heart, and stomach. These are cooked along with onions, oatmeal, suet, and various spices. While Haggis may not sound appealing, it’s packed with flavor and has a high nutritional value. 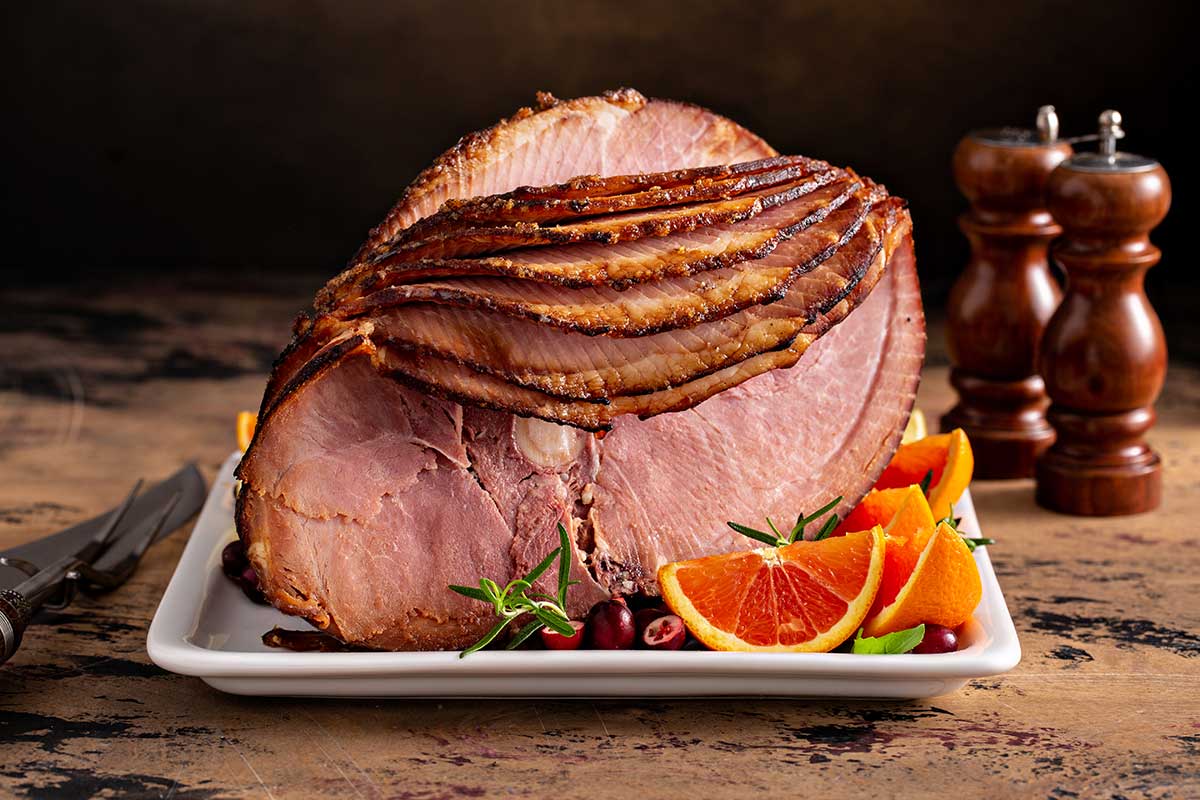 Ham has become a pretty generic term over the years for slices of pork, but it’s actually a cured meat that is made from a leg cut of pork. It can be purchased as smoked and unsmoked, each of which has its own unique flavor. There are loads of different ham recipes as well and, depending on the cuisine, everything from apples to cola can be used to cook a ham. 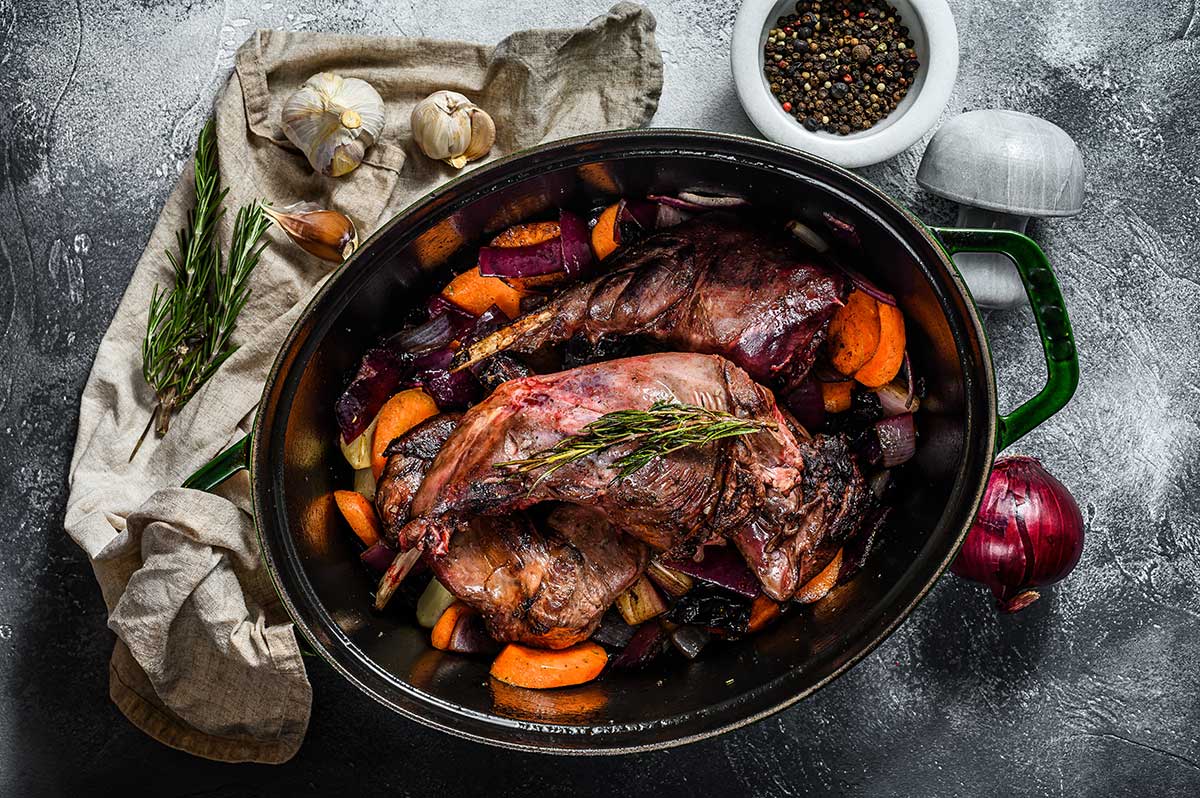 Classed as game meat, Hare is a relative of the rabbit but it’s actually much leaner. In fact, the naturally low-fat content of hare has seen it rise in popularity as an alternative to red meats such as beef and venison. Hare can be found in dishes throughout the world, but it’s most famously used to make Hasenpfeffer, a traditional German stew. 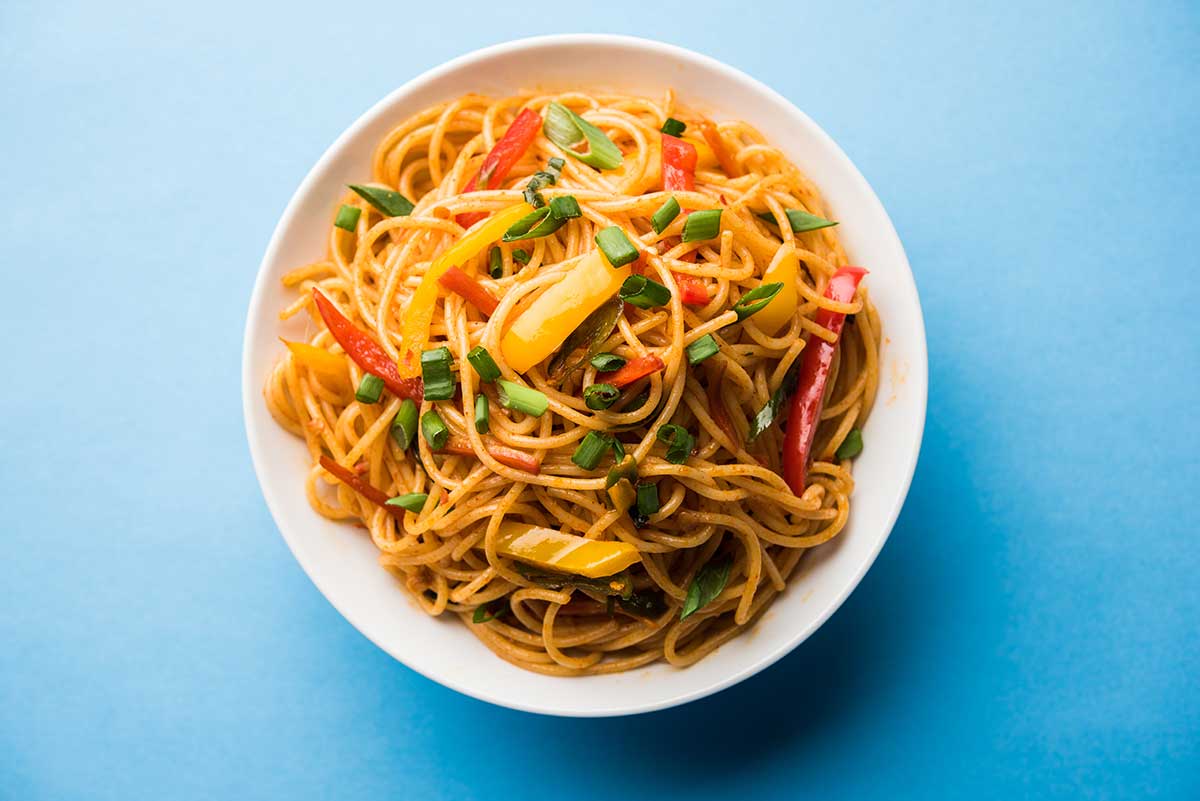 As their name suggests, Hakka Noodles are a type of people that are made by the Hakka people of China. They are most commonly used in soups and served alongside meats including chicken and pork. They can also be added to stir-fries where their pale yellow color matches beautifully with the vibrancy of the vegetables. 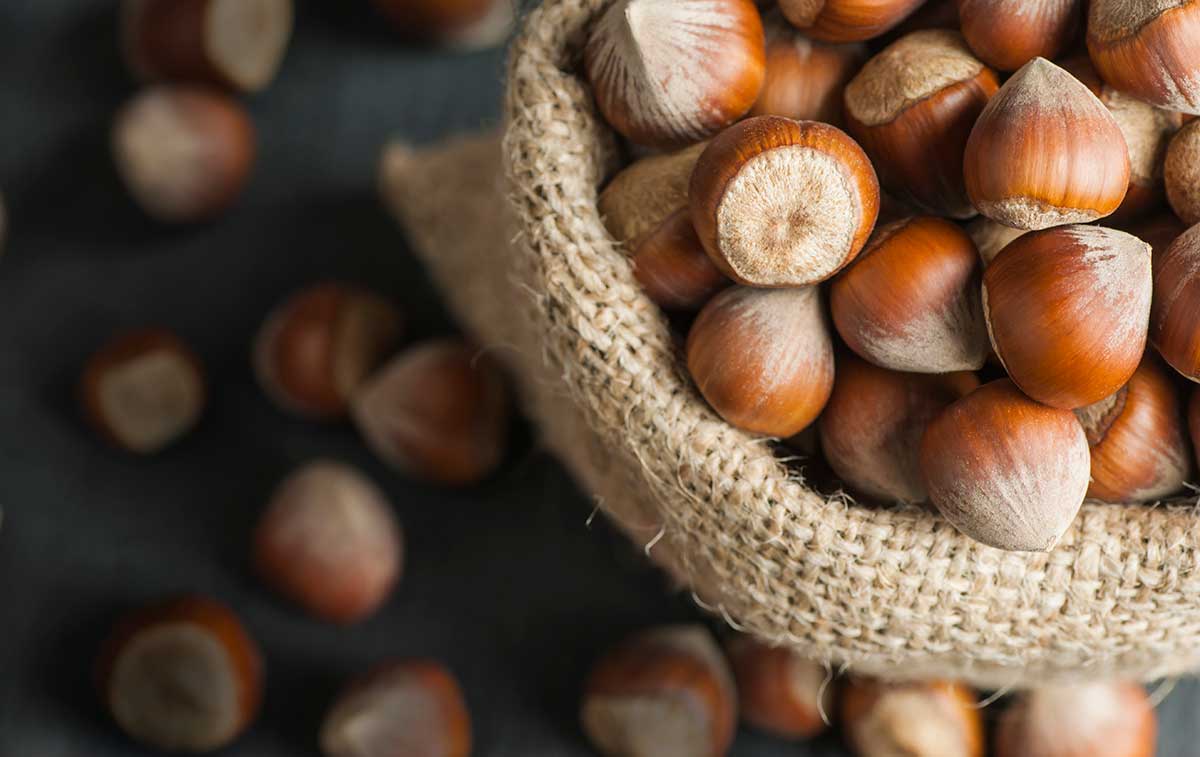 This medium-sized tree nut is arguably the most famous nut in the world. They can be used in both savory and sweet dishes, and are especially common in confectionery and chocolate spreads. Another use for hazelnuts is as nut butter, which can be added to smoothies or used in place of cow’s butter as a vegan alternative. 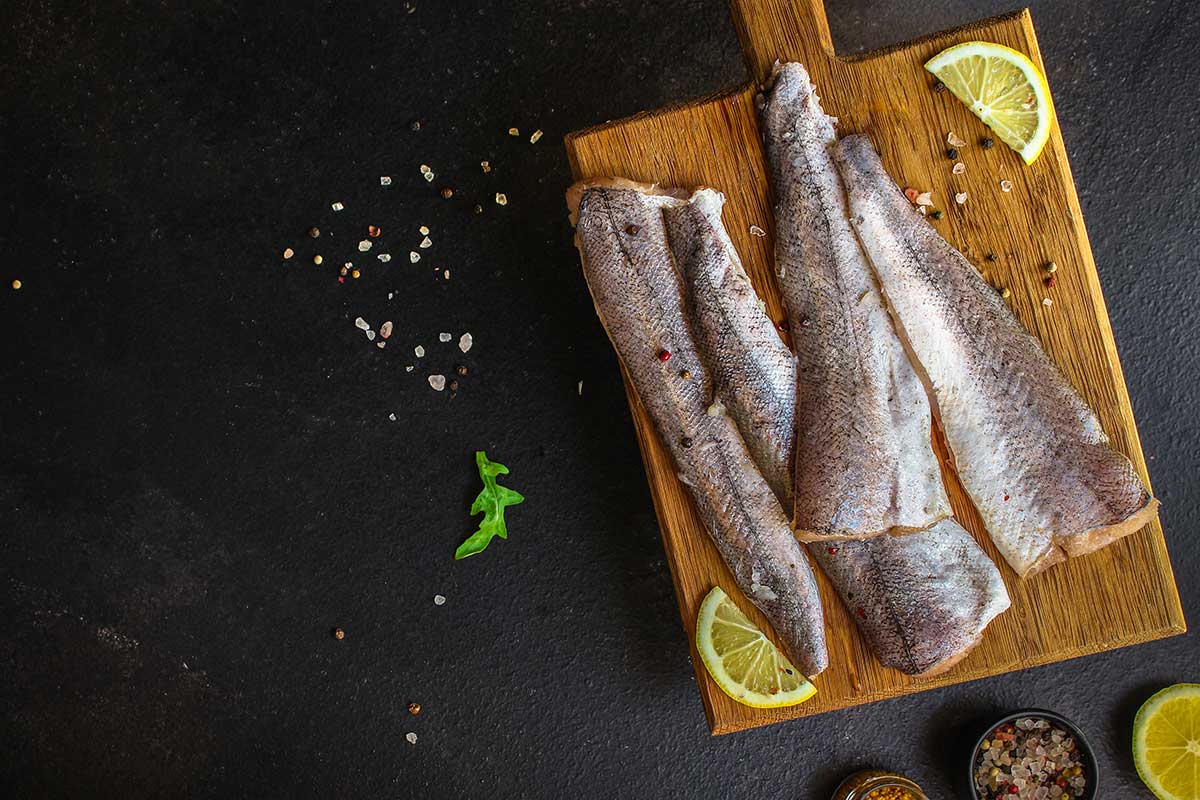 Another ‘H’ fish, Hake can be found living in the wild waters of the Atlantic and Pacific Oceans. They are also big fish that can grow up to a meter in length, and they have thin, spiky dorsal fins. Hake is one of the most popular fish used in recipes as it can be cooked in a whole lot of different ways, and it’s very common to see it on the menu of a fish restaurant. 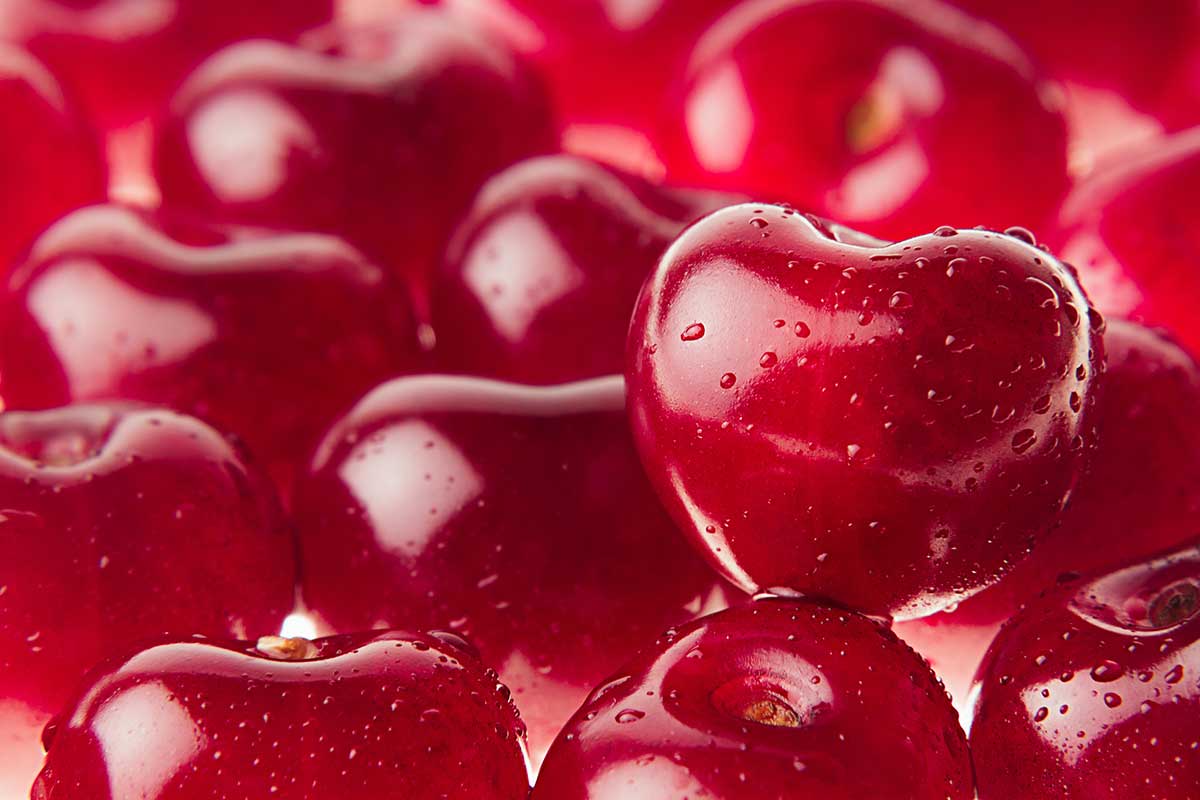 This is a fruit that has been named for the way it looks! Heart Cherries are distinctly heart-shaped and, while they are the same size as a regular cherry, they have a much brighter-red color. Heart Cherries can be made into jams and used in desserts, as well as eaten fresh straight off the tree. 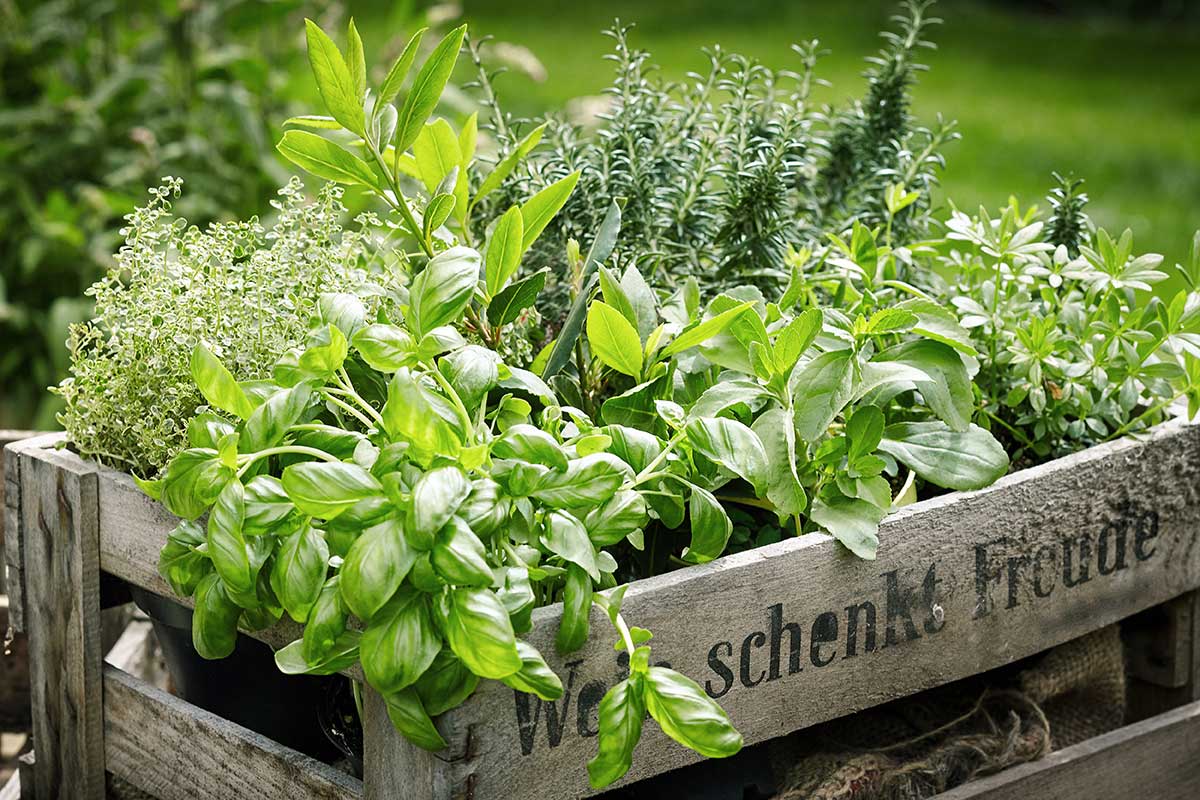 While ‘herbs’ is a term for a group of certain plants, it’s still made it onto our list of awesome H foods as an honorable mention. There are loads of different herbs including Rosemary, Thyme, Oregano, Marjoram, Parsley, Mint, and more. Each of them has a unique flavor as well and they can be used to cook anything from roast chickens to desserts. 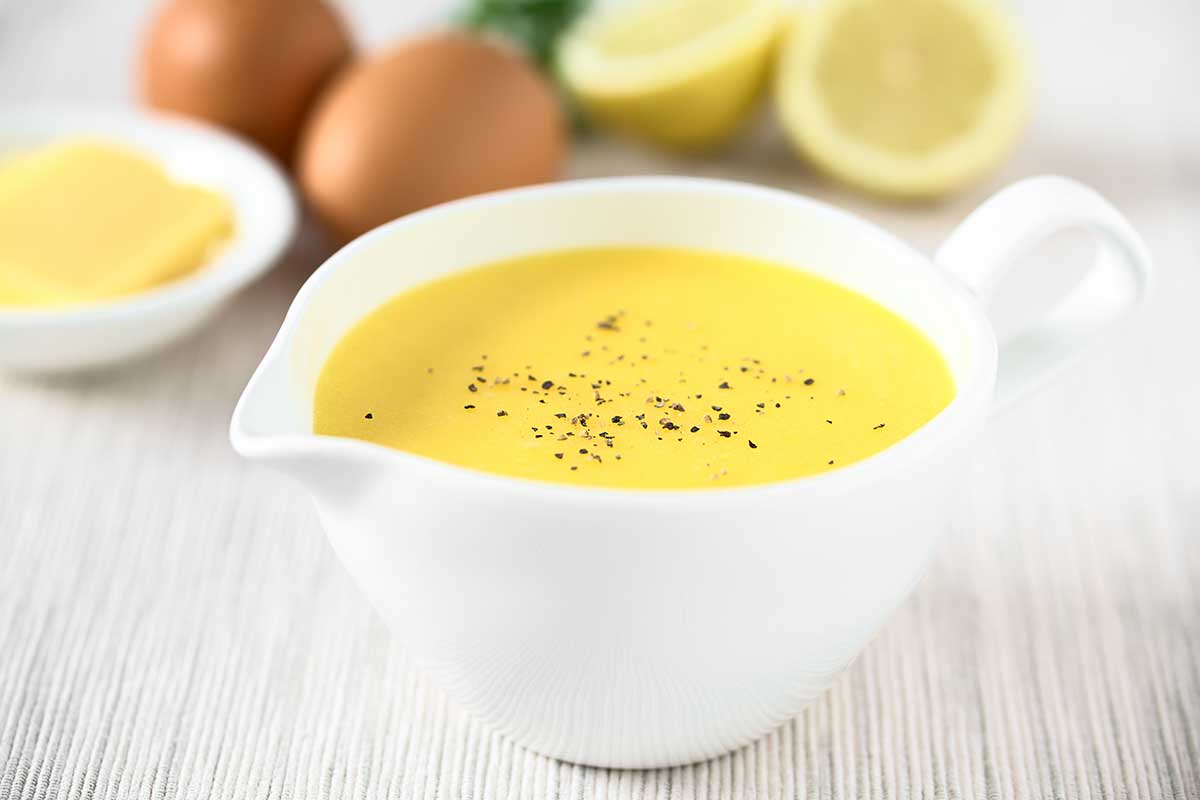 Hollandaise isn’t a standalone ingredient but is actually a sauce that is made from egg yolks, butter, and lemon juice. It’s most commonly used in French cuisine and is regarded as one of the five ‘mother sauces’. This means it can be used as a base for other sauces, such as Bearnaise. You’ll most commonly find Hollandaise being served atop Eggs Benedict, but it can also be served with Steak. 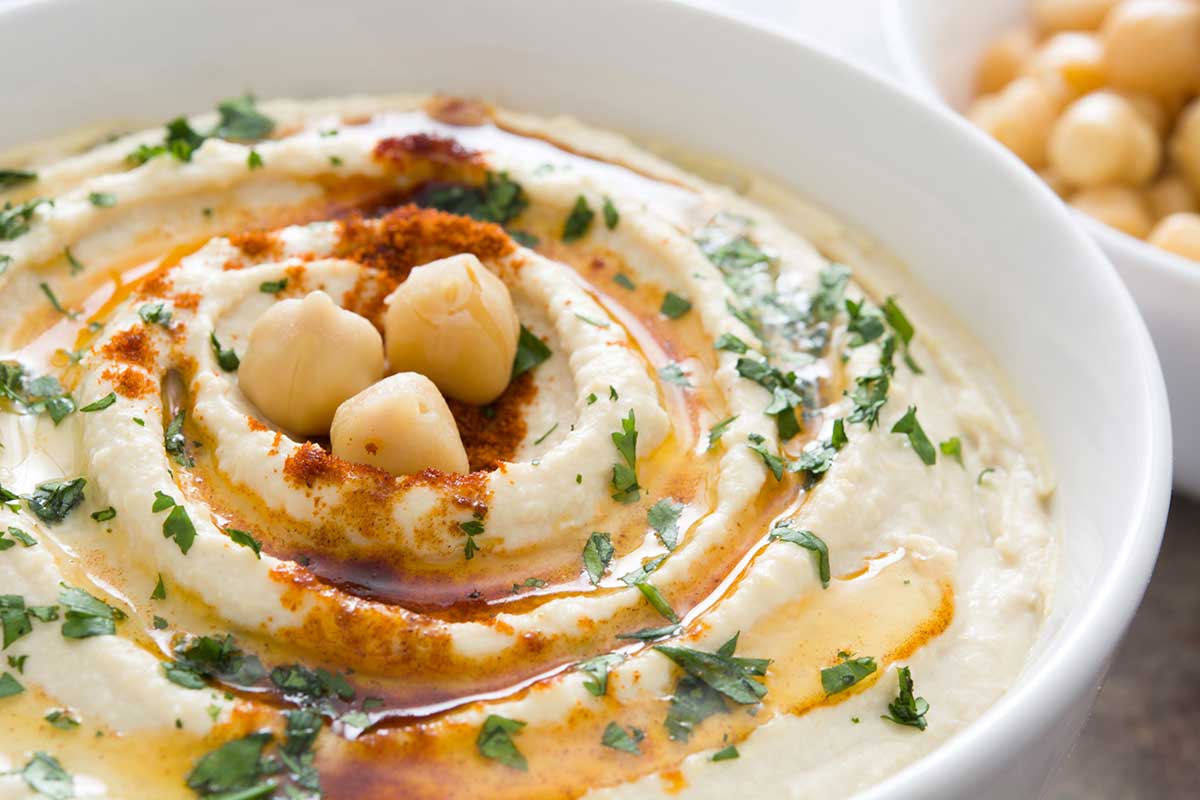 This is another ‘H’ food that is made by mixing other ingredients together. Hummus is a blend of chickpeas, olive oil, tahini, and garlic. Sometimes certain spices are added to give it more flavor, such as chili powder. Hummus isn’t used very often as an ingredient in its own right and, instead, it usually served as a dip alongside chips and crudites. 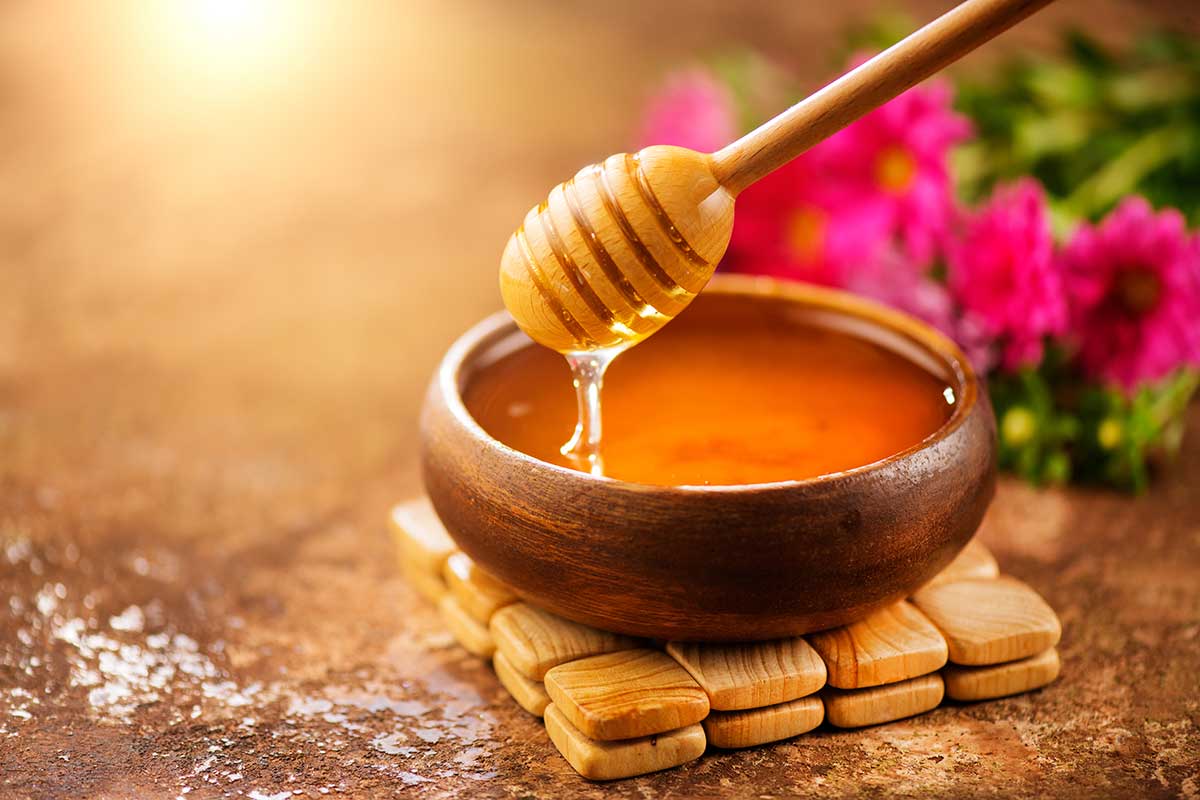 This thick, sticky liquid is naturally produced by bees and it has been used for centuries as a way to sweeten food and drink. It also has loads of health benefits and it’s even been known to help relieve seasonal allergies if produced by bees local to your area. The flavor of honey can also differ depending on what type of pollen the bees have collected. 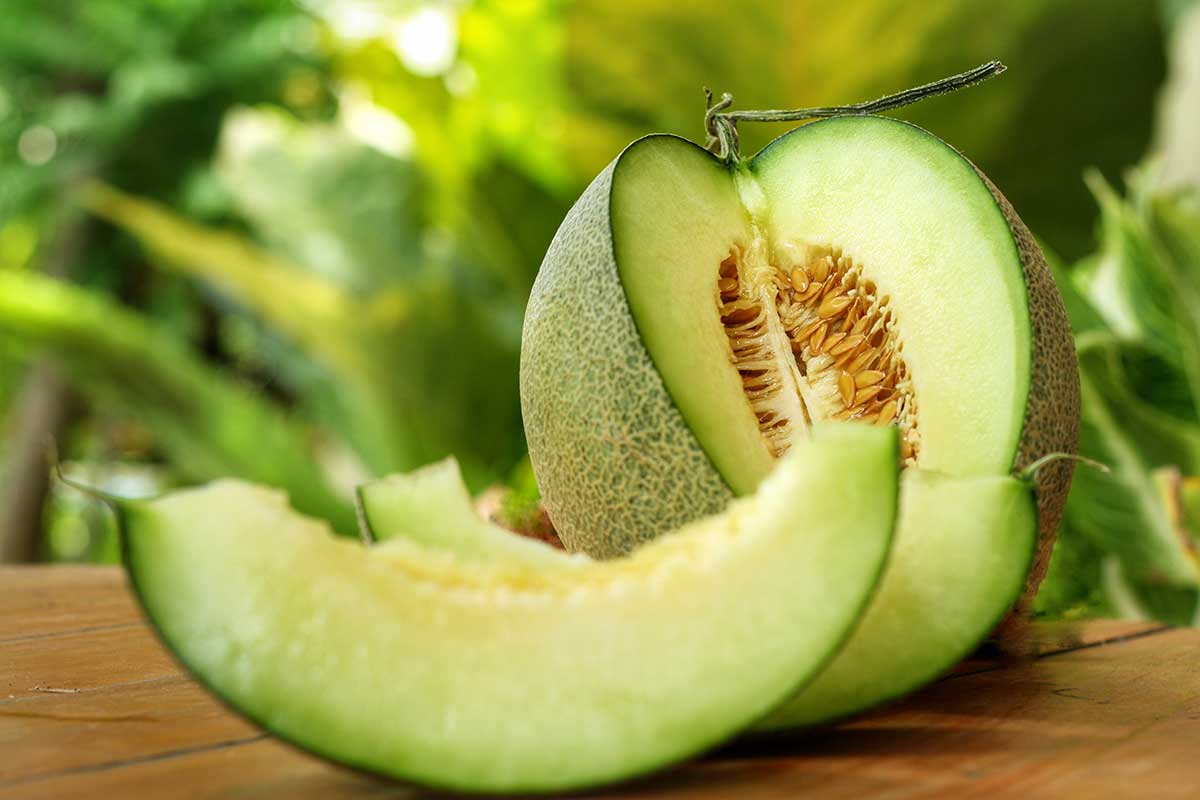 Also known as ‘Green Melons’, Honeydew Melons have smooth, pale yellow skin and pale green flesh. As a tropical fruit, they are usually grown in countries with warmer climates but they can be found in grocery stores all over the world. The flavor is sweet and they have a delicious, juicy texture.

The hot, pungent taste of Horseradish makes it easy to think that it belongs to the chili family, but it’s actually a root vegetable. It can be used as a spice to bring heat and flavor to certain dishes, and it’s also commonly served alongside roast beef as a condiment. 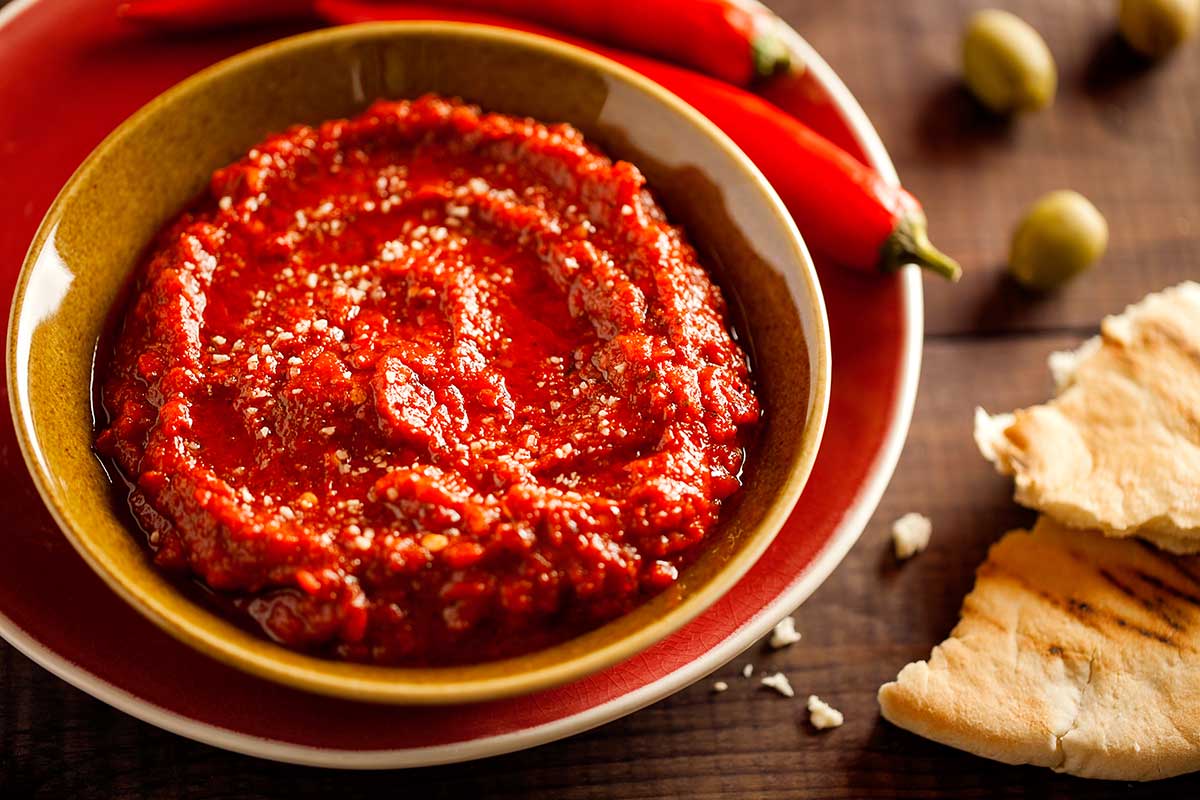 Originally from Tunisia, Harissa is a hot chili paste that is made from roasted red peppers, olive oil, and various spices including cumin and coriander. It’s usually called for as an ingredient in sauces and stews, but it can also be used to marinade chicken and give it a spicy kick!

The heat of chili peppers is measured using the Scoville Scale, and Habanero Peppers come in at between 100,000 - 350,000 Scoville Heat Units. This makes them among the hottest peppers in the world! This doesn’t mean they aren’t full of flavor, though. They have a rich, juicy taste that makes them ideal for adding to Asian dishes or making homemade hot sauce. Depending on the variety, Habanero Peppers may ripen from green to red, yellow, orange, purple, or white. 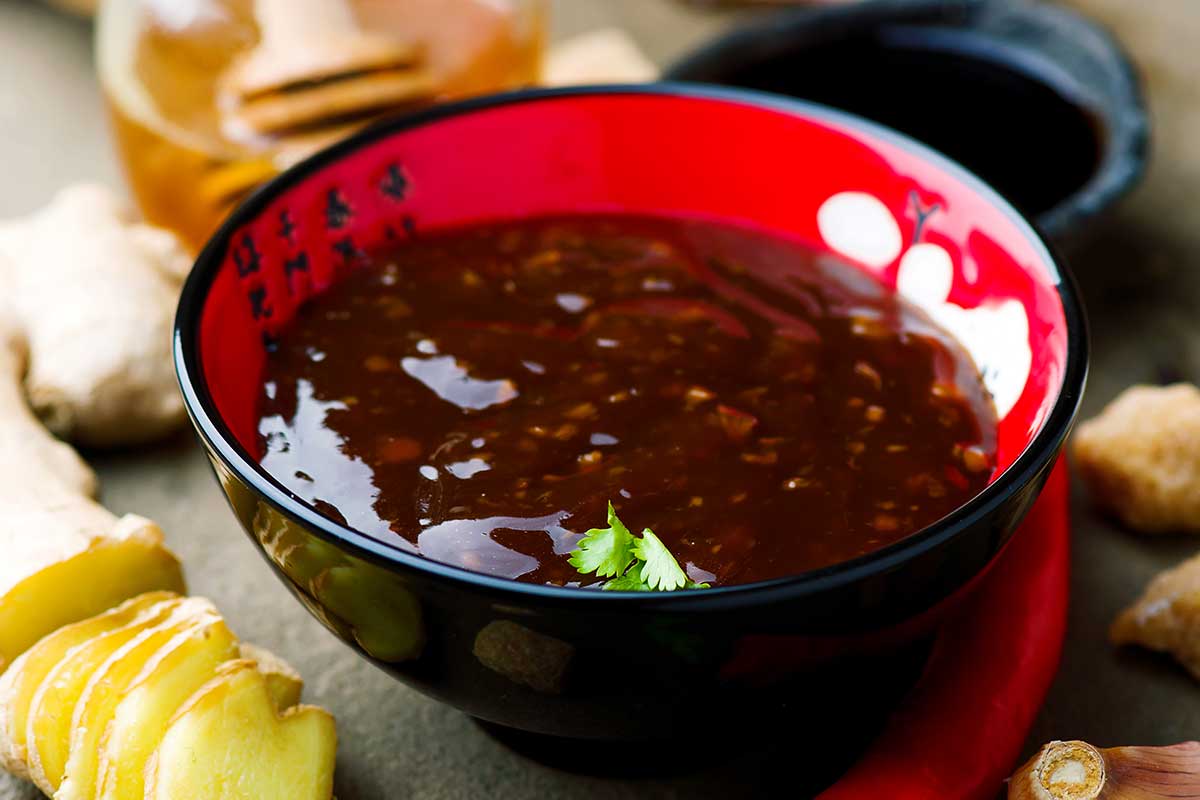 Regularly used in Chinese cuisine, Hoisin Sauce is made from soybeans, chili, fennel, and garlic. It has a rich, thick consistency and an unmistakable salty-sweet flavor. This also makes it a great base for marinating red meats, as well as adding depths of flavor to soups and stews. 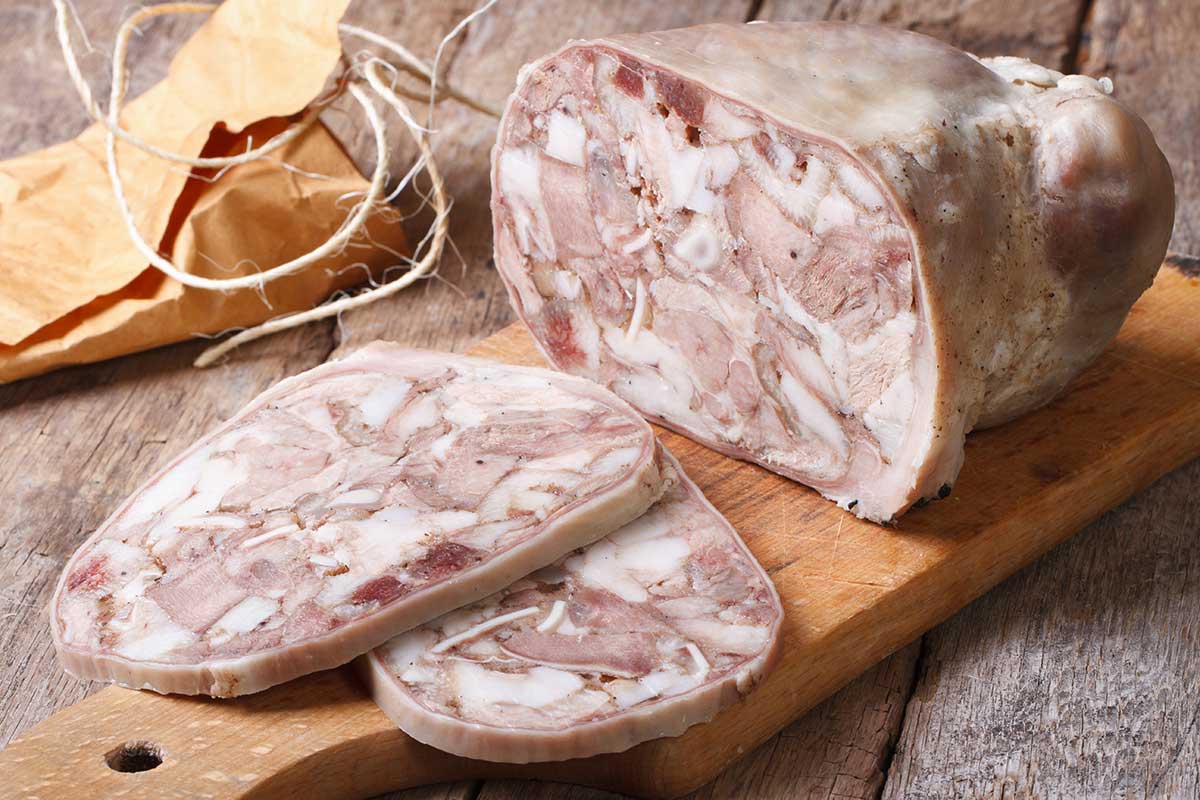 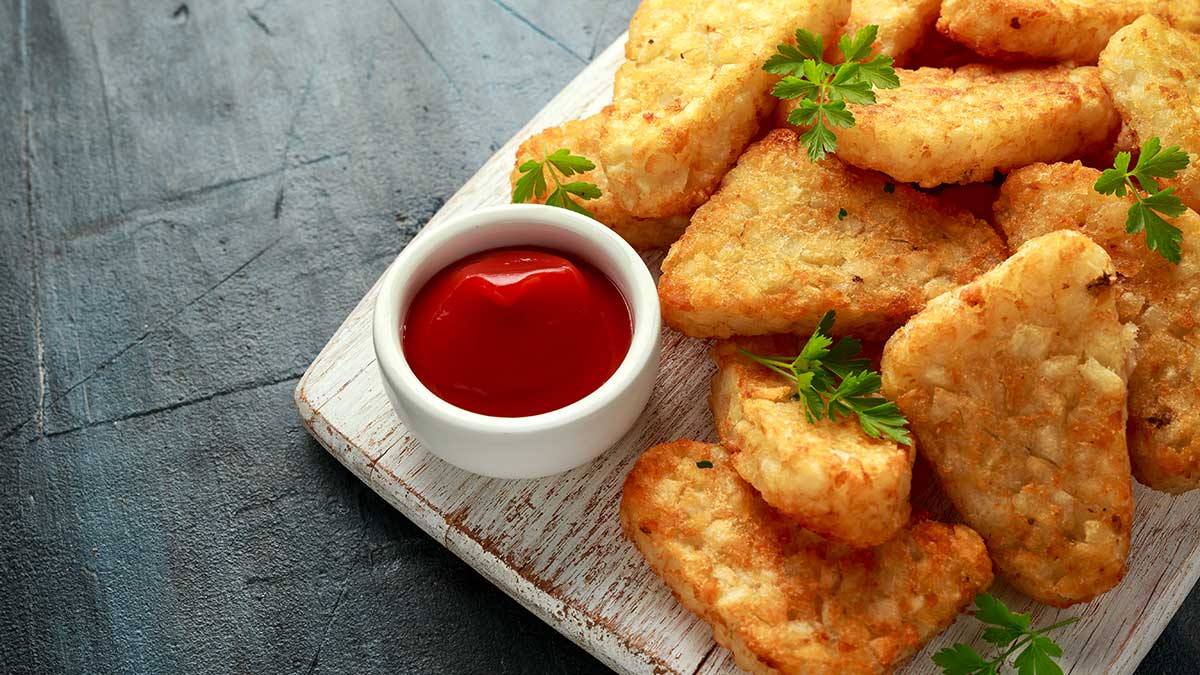 The last awesome ‘H’ food on our list is Hash Browns. These are most commonly found on breakfast menus, but they also have a place at dinnertime as a delicious extra in a stack of burgers. Made from a mixture of deep-fried mashed potatoes and onions, they have a slightly salty taste. But, it’s really their crisp texture that has made people from all over the world fall in love with them.