There is nothing quite like fried fish. Even though it is a staple food over the water in Britain, it does not have as much of a fan base here in the States. Over there, they have specific restaurants that specialize in fried fish, serving them alongside some of the most delicious side dishes. These are called ‘fish and chip shops’, but are also lovingly referred to as ‘chippies’ or ‘fishies’. “Who eats fish with chips?’ we hear you ask! Worry not, my pals, because, in Britain, chips are not the same thing. They call fries chips, and they also call chips crisps. Confusing, right?

Contents show
1 Salad
2 Fries (or chips as they are called in Britain)
3 Tartare sauce
4 Bread and butter
5 Mushy (or mashed) peas
6 Mashed potatoes
7 What is the best fish to fry?

That being said, that doesn’t mean that there aren’t some die-hard fans of fried fish here in the States, and certainly, I am all about getting other people as obsessed with it as I am. As such, I want to use this article to let you know some of the tastiest side dishes to go with your fried fish.

I will be exploring some of the more traditional British side dishes, since it is British cuisine, and some other tried and tested favorites that I enjoy with my fried fish. I will also be delving a little deeper into the sort of fish that can be used to make delicious fried fish. So, if you are a fan of fried fish, or want to try it out, and are wondering what to serve with it, this is the article for you! 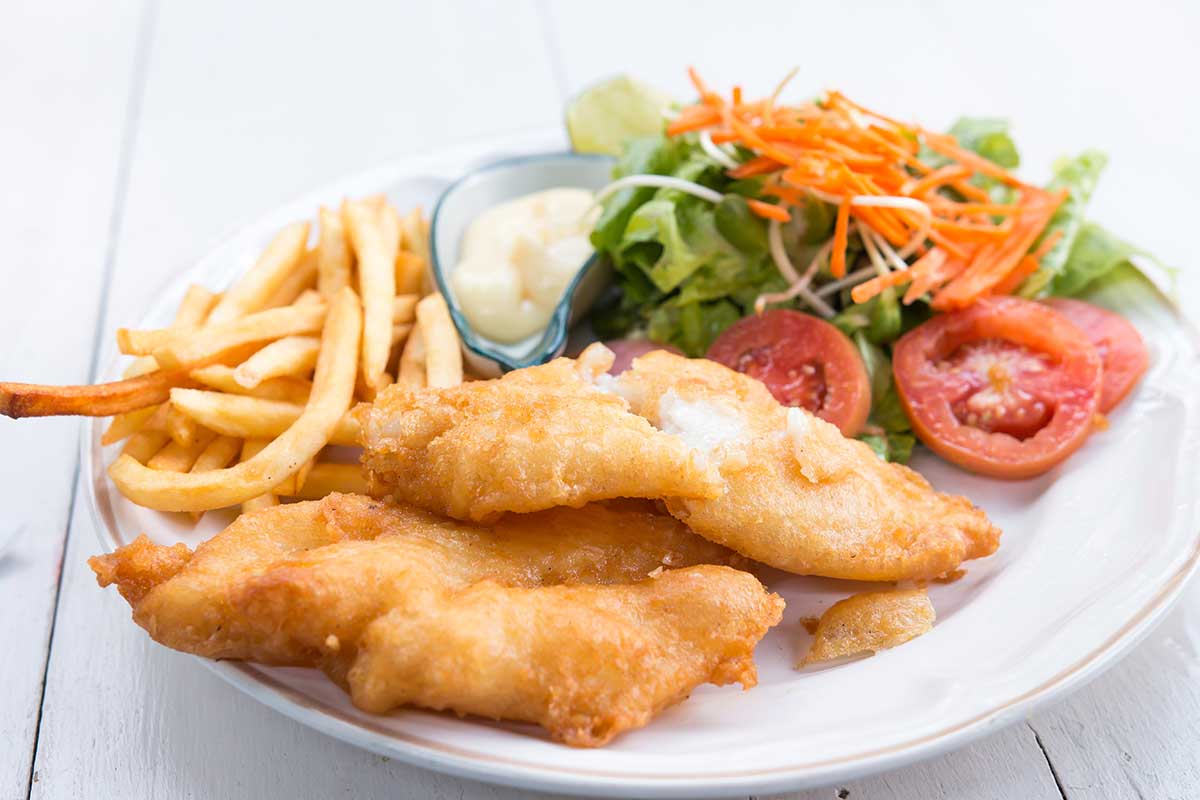 A nice crisp salad can be a delicious accompaniment to your fried fish, especially when also served with a juicy wedge of lemon on the side. Choose crunchy greens such as lettuce, some ripe tomatoes, cucumber, pickles, and even some red onion to really compliment the delicate, crispy batter of your fried fish.

You can make up a huge salad to serve as the only side dish, or make a smaller salad to serve alongside some of the other delicious side dishes we have below. Experiment with different flavors and textures. Your mouth will be thankful for something refreshing, especially since fried fish can be salty and greasy.

Fries (or chips as they are called in Britain) 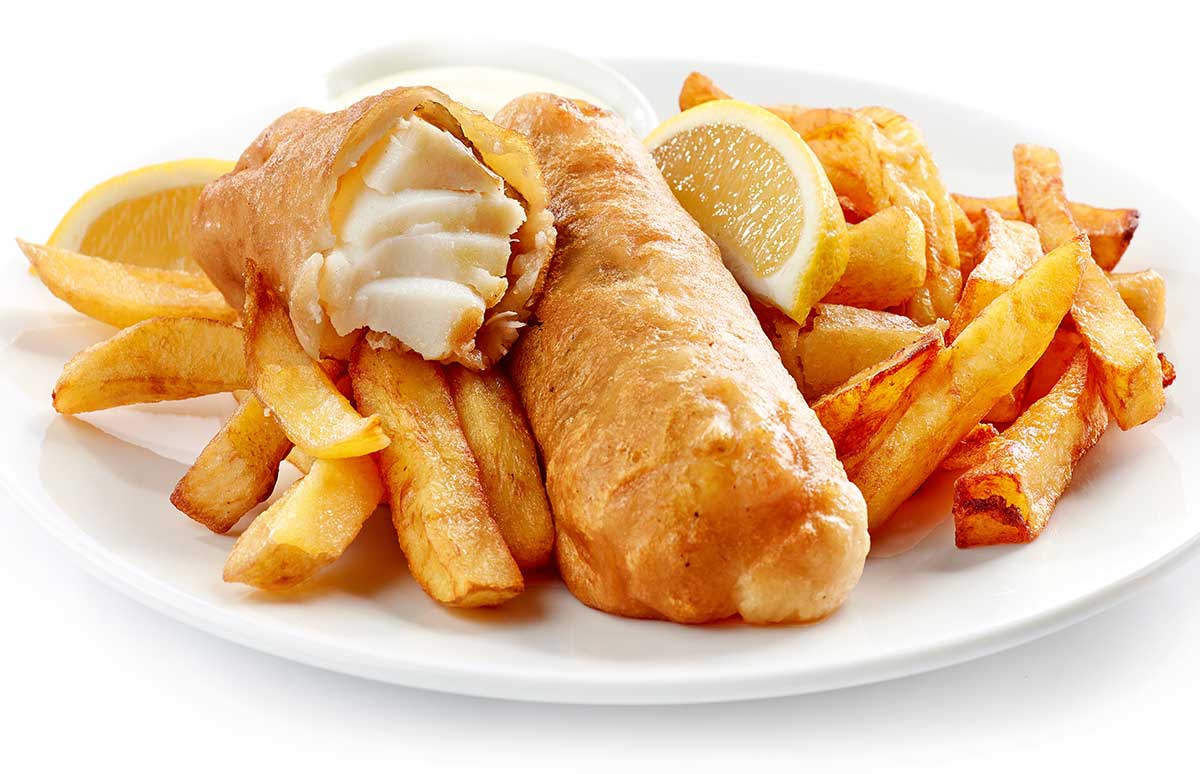 Fried potatoes that have been cut into a rectangular baton are known as chips in Britain. Here in the United States, we call them fries. However, there is another key difference that can be spotted, and this is something that is very important to the British people. Fries are typically very thin pieces of potato.

Chips on the other hand are much thicker. If you order ‘fish and chips’ in Britain, you will not be served fries. As such, if you want a true, authentic British meal, make some homemade ‘chips’ by cutting some large peeled potatoes into thick rectangular pieces and frying them.

Serve them immediately with your freshly fried fish, doused in salt and vinegar for an even more authentic taste. Of course, if thin French fries are all you have, you can go ahead and use those. But just know that British people will be frowning and shaking their heads…. 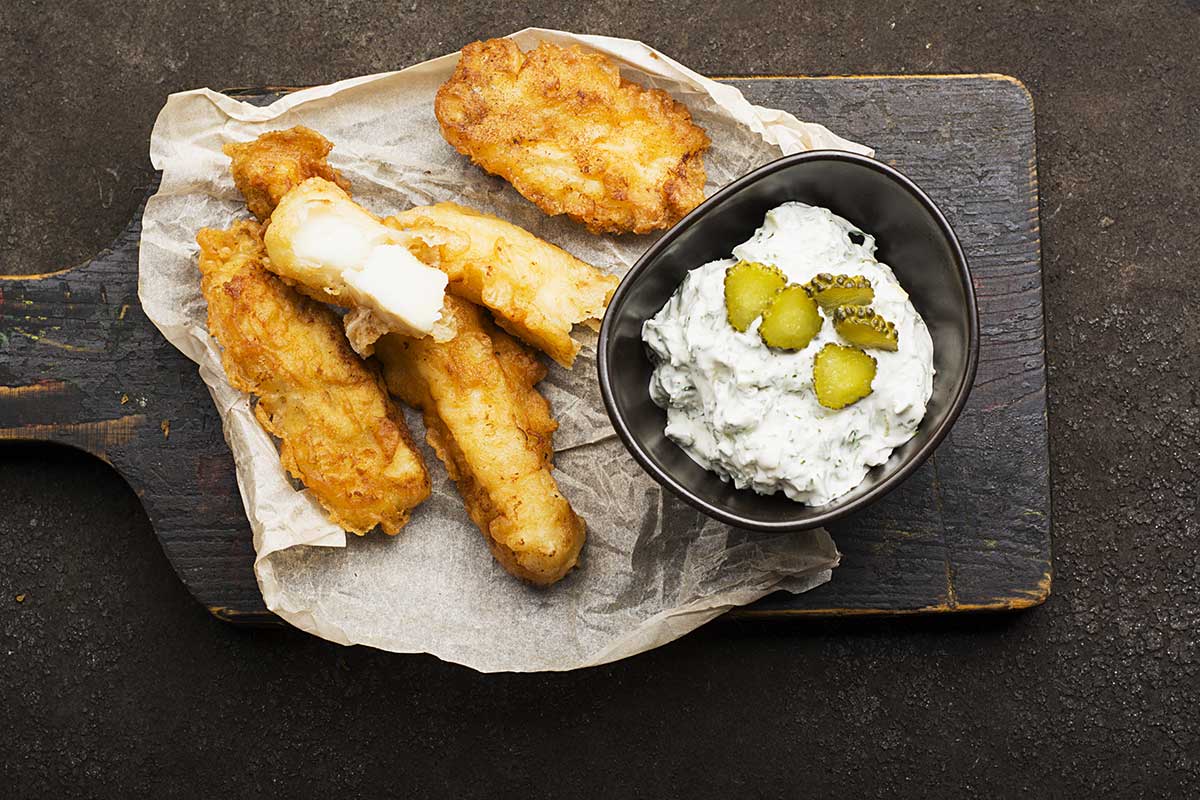 Of course, it is hard to imagine fish of any kind without a lovely dollop of tartar sauce, and fried fish is no different. Fried fish can sometimes be a little on the dry side, and so a sauce like this is ideal to help your meal along.

The creaminess of the sauce (you can thank the mayonnaise for that), paired with the pickles and capers brings a different flavor element to your fried fish. The dill and tarragon give an explosion of flavor, and the vinegar taste of the pickles and capers means that you will not need to add extra vinegar to your fish unless you want to of course.  It also tastes beautiful with the side dish we explored above, chips (or french fries as we call them). You can use store bought or homemade, whatever you prefer, and just use as much or as little as you like. 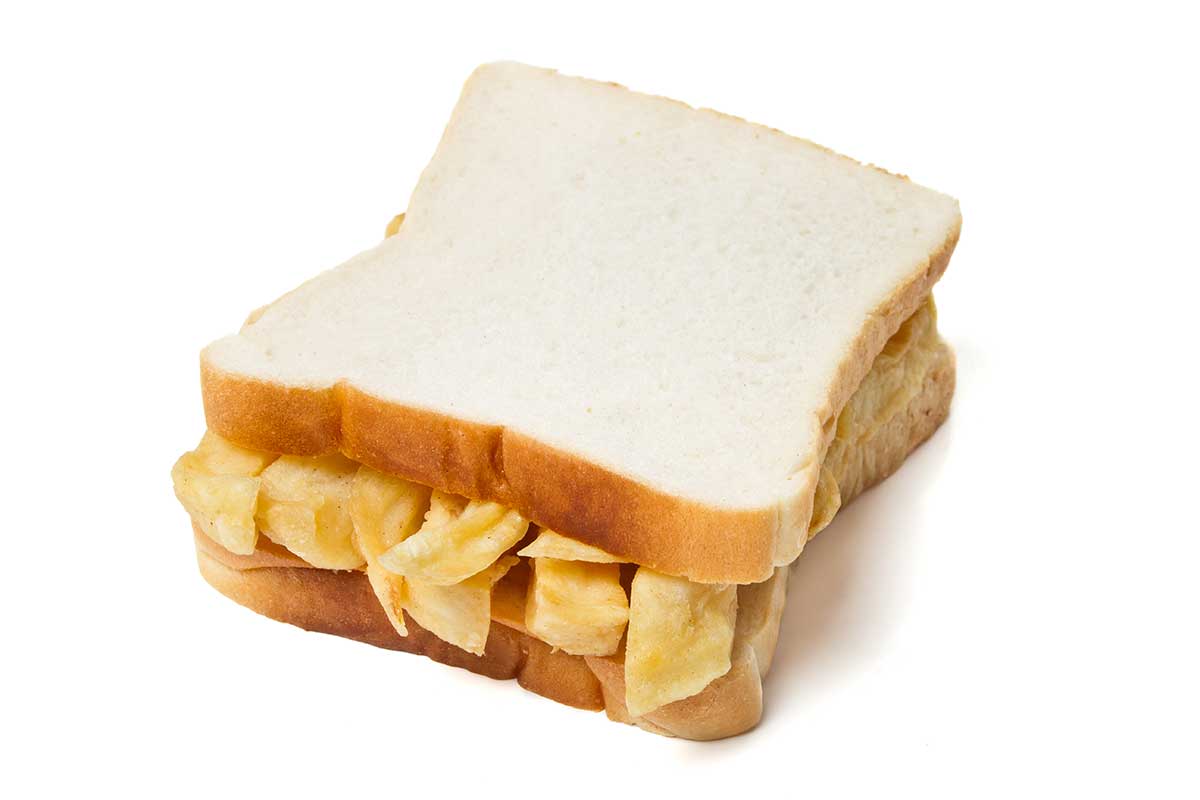 Well, you are gonna need something to mop up any tasty morsels of oil leftover from your fried fish! Actually, buttered bread, or dinner rolls, whatever you prefer, are an ideal addition to your fried fish.

Bread and butter, as it is called in Britain, is yet another staple side dish that everyone orders or makes when they have a fried fish dinner. You can use whatever bread you like, and whisky salted butter is tastiest, you can use what you have.

Make little sandwiches out of small pieces of fish placed into a folded slice of buttered bread, or use the buttered bread slice to mop up leftover crumbs, oil, and salt or vinegar from the fish after it has been eaten.

In Britain, they have something called ‘chip butties’ or ‘fish and chip barns’ where they place potatoes (french fries, to us Americans) in the buttered bread and add in some fish to make a delicious sandwich. We highly recommend that you do the same! 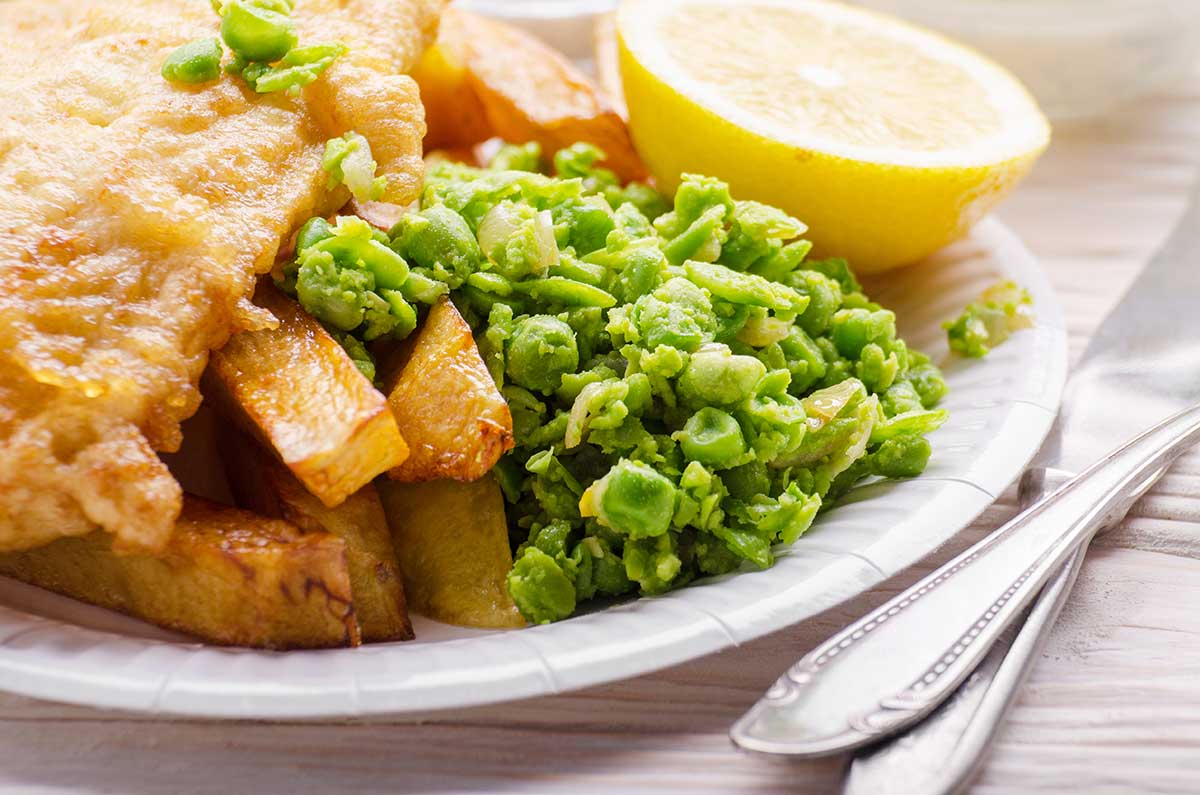 OK, trust us on this one, they aren’t as crazy or gross as they sound. In Britain, mushy peas are a staple of a fish supper, typically derived alongside fried fish, chips, and a sauce of choice (curry or gravy, usually).

Mushy peas are basically marrowfat peas that have been mashed and usually have some seasoning added (salt and pepper). They are then cooked and served warm. We get it...they look and sound gross but I cannot stress enough how delicious they are and how tasty they are when served alongside fish in particular. Try some for yourself today. If that is still too much to bear, you can cook up some garden peas or petit pois to serve with your fried fish. 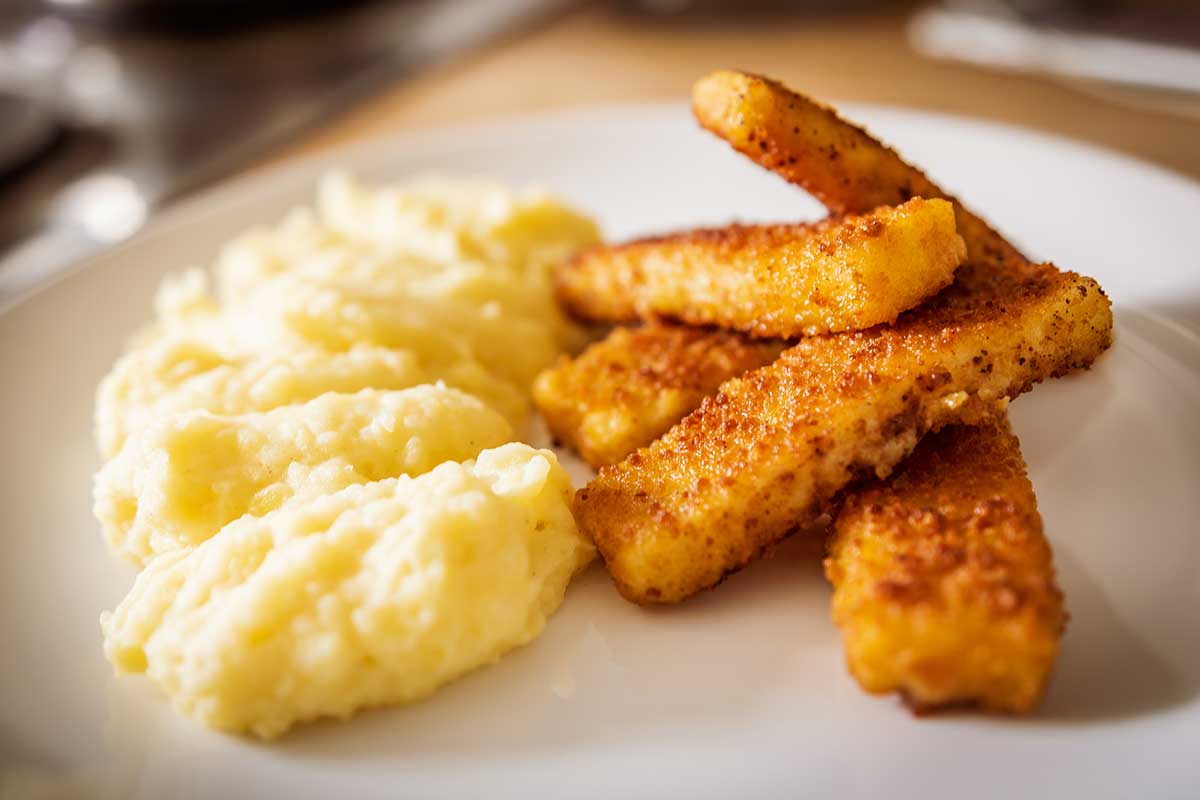 I mean, not that there is ever an excuse needed for some delicious, nostalgic mashed potatoes, but they just so happen to pair perfectly well with fried fish. The creaminess of the potatoes works well against the crispy, golden fried fish, especially when paired with a good dollop of salted butter.

You can even go the extra mile by serving up some tartare sauce and mushy (or mashed) peas alongside the meal for a real slap-up fish supper. Sure, this is less of an authentic side dish, but we Americans loved our mashed taters, and when something pairs this well, we just can’t say no!

What is the best fish to fry?

There are a number of different types of fish that work well fried. In Britain, white-fleshed fish are commonly used, and you can expect to find cod, haddock, and hake as standard in most fish and chip restaurants. Here in the States, you may find tilapia, cod, catfish, halibut, trout, and perch are the most common fish to use for frying. However, you should choose the fish that you like best!