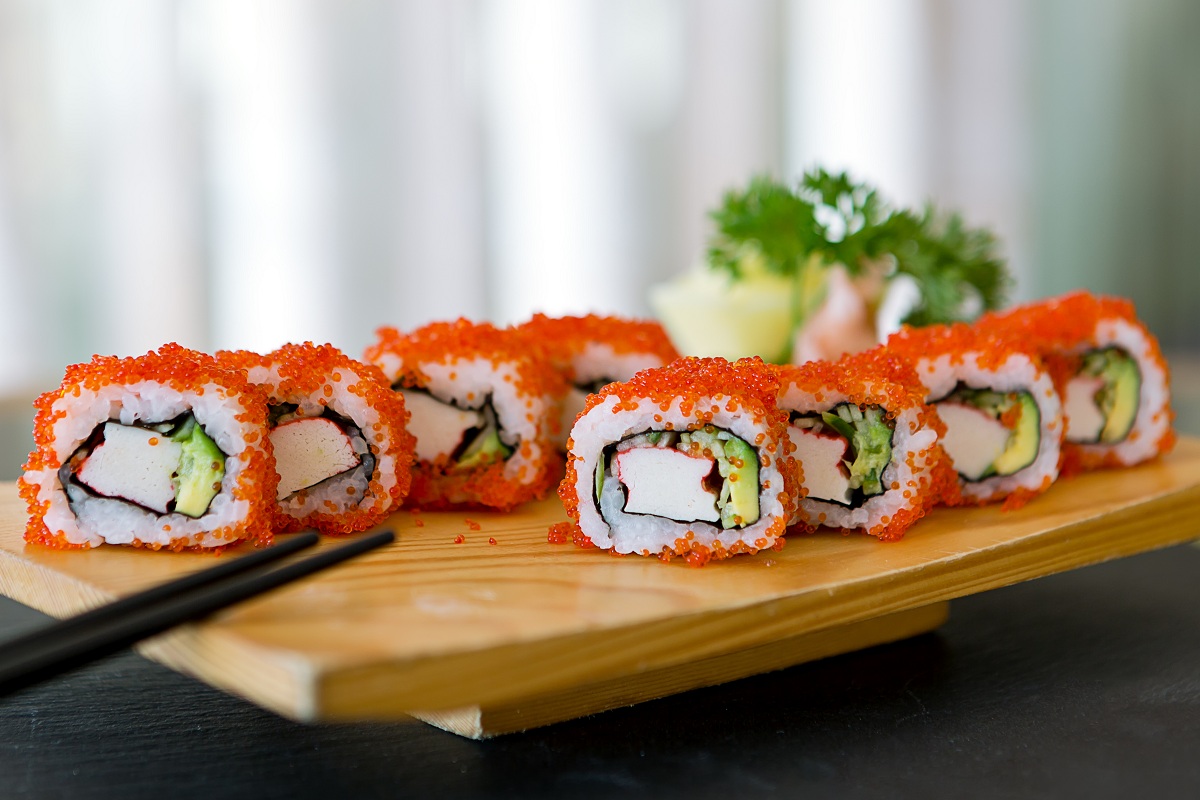 Boston sushi rolls are one of the most popular types of sushi found in western countries with their adaptations on traditional sushi. Boston rolls consist of avocado, shrimp, and cucumber all rolled in a layer of nori seaweed before the sushi rice.

Making sushi is considered an art form by many, making it one of the more expensive cuisines out there. This is especially true if you’re looking for premium-quality sushi with only the best and freshest ingredients used.

However, the higher price points often put some people off sushi because they don’t want to spend so much for so little. However, as sushi is considered difficult to make, many people don’t even try making their own.

So, if you’ve found your way here because you’re craving a Boston roll but don’t want to spend lots of money, you’re in the right place. In this Boston sushi rolls recipe, we’re going to show you an easy way to make this sushi fan’s favorite.

What is Boston Sushi Roll?

The Boston roll is similar to the California roll in many ways. For starters, the Boston roll is a type of maki sushi, which just means it has been rolled together, consisting of outer layers of nori seaweed and seasoned sushi rice.

However, unlike the California roll that uses imitation crab, the Boston roll contains poached shrimp.

Many people consider these types of sushi rolls to be backward or inside-out, as it is more commonly seen for the rice to be rolled inside the nori seaweed. However, the Boston roll has its layer of rice on the outside with the seaweed within it.

The outside layer of rice will often be garnished with either masago or tobiko, which is Japanese flying fish roe. This is bright orange and gives the Boston roll its signature look.

The Boston roll is so popular because it contains no raw fish like many other types of sushi do. Instead, it uses cooked shrimp which people might find more appealing.

Although maki sushi was created in Japan, the Boston roll does not originate from there. Instead, the USA created it as a homage to sushi’s Japanese roots while celebrating Boston’s thriving shrimp fishing culture.

When it was first introduced, the Boston roll included avocado, cucumber, and cooked shrimp, all wrapped in nori seaweed and seasoned sushi rice. As the popularity of this type of sushi grew, more people began putting their own spin on the original recipe.

Once the sushi has been constructed and rolled, it is then garnished with tobiko. This gives the sushi a crunchy texture and its orange coloring.

Tobiko is a nod to sushi’s Japanese roots and can be found in a Japanese store or purchased online. If you are struggling to find it you can also use masago.

So, for this recipe you will need:

You will also need a sushi rolling mat for best results. You can use plastic wrap, although the rolls will not turn out as smoothly as you might be hoping for.

Now let’s discuss how you’d make your very own homemade Boston rolls. To make them as good as possible, there are a few components that you need to work on before you get to make the rolls themselves.

The quality of your sushi rice will make or break your sushi. High-quality rice will remain fluffy once it’s rolled rather than going flat and mushy.

You’ll need short-grain rice for your Boston rolls, and we suggest looking for one either online or at your local Japanese grocery store.

When cooking the rice you won’t need as much as you normally would. Stick to a 1:1 ratio of rice and water when making sushi rice. Cook the rice in your rice cooker or in a pan and wait until soft and fluffy.

Remove the cooked rice from the pan and transfer it to a large bowl. Let it cool down slightly to a warm temperature.

Now you can mix in the sushi vinegar, which is a mixture of rice vinegar, sugar, and salt. Mix together well but gently so as to not damage the integrity of your rice.

We’re going to be using poached shrimp for our recipe, so if you’re using tempura shrimp you can skip this step and cook it how you normally would.

For poached shrimp, bring a pan of water to boil and season with salt, as well as anything else you might want to season with. We like using lemon juice, but wine and herbs are also good options.

Once the water has boiled, add the shrimp and cover the pan before removing it from the heat. Leave for 3 to 5 minutes or until the shrimp are cooked through.

Remove the poached shrimp from the water and place them in a bowl of ice-cold water to prevent them from cooking more.

Drain, remove the tails and peel the shrimp. Set aside with the sushi rice.

Now we can set up our rolling station. Lay your rolling mat out on a flat surface and cover it in plastic wrap to prevent sticking.

For one roll of sushi you will need half a sheet of nori seaweed, so cut these into halves before rolling.

Place your half sheet of nori down on the plastic wrap with the shiny side facing down. Spread an even amount of rice over the nori.

A common issue with making sushi rolls is how much rice to use. You’ll use way too much, then way too little. We like to use ¾ cup for this recipe on each half sheet of nori, but through trial and error, you’ll find what works best for you.

Once the rice has been evenly spread onto the seaweed, flip the nori sheet over so that the rice is now on the plastic wrap.

Now you can add your cucumber, avocado, and shrimp. Our advice is to use thin strips of both cucumber and avocado and lay the shrimp on top. Depending on the size of your shrimp, you should be able to fit around four on each nori sheet.

Make sure that the fillings are in the middle of the nori sheet, as this will make the rolling process easier.

Place your thumbs underneath your bamboo rolling mat and lift the edge up over your filling, ensuring that the plastic wrap remains pulled tight and covering the entire rolling mat.

Now that the fillings are covered by the mat, begin rolling the mat away from you. Press down gently on top of the sushi as you roll, allowing the rice and fillings to combine compactly.

Keep rolling until you reach the end of the nori sheet. This might take some effort and attempts, but once you get the hang of it you’ll find it to be much easier.

Now you can remove the sushi from the bamboo mat and plastic wrap. If you have done this correctly, your sushi roll will remain intact and won’t begin splitting apart.

If it does start splitting; however, you will know that you either need to remove some of your fillings or push down firmer while you’re rolling.

If your sushi roll remains intact, though, you can move onto the final step which is finishing off the Boston rolls.

Take your tobiko and spoon it on top of your Boston rolls for the final touch. Cut your sushi rolls into smaller pieces. You can make these pieces as thin or as thick as you’d like, but we like to cut them into 1.5-inch pieces.

The best sushi plates will be full of sushi that is the same size, so make sure you’re paying attention to the size of each piece you’re cutting.

Where Should You Buy the Ingredients?

The best place that we have found to purchase ingredients for sushi is at a local Japanese grocery store. Here they should have everything you need, from sushi rice, nori seaweed, and tobiko.

If you don’t have a local Japanese store and don’t want to travel, you can also find these ingredients online. Just make sure that the quality is high by reading reviews before purchasing.

The shrimp, avocado, and cucumber will be able to be purchased from any supermarket near you.

How to Pick the Best Avocado?

It’s no secret that avocados are particularly difficult to pick as you don’t always know how ripe they are within their skin.

When looking for avocado in the supermarket, look for one with a dark-colored exterior, as this will indicate that the avocado is ripe.

If the item can be removed, it also indicates that the avocado is ripe and ready to eat. If the stem can’t be removed easily, it isn’t ripe enough yet.

Thanks for reading our article and we hope that you’ve learned how to easily make your own Boston sushi rolls at home. Once you’ve had a few practice runs, your kitchen will be the new talk of the town.

We’ll finish off today by looking at a few of the most frequently asked questions in case you have any more concerns before starting your sushi-making journey.